Sunday afternoon, during a break between the two star and three star show jump phase to decide the winners of the Plantation Field Three Star Event (Unionville, Pennsylvania), visitors were witness to a spectacular jump-off, of sorts, between some of this weekend’s event riders.   Three years ago the organizers of the Plantation Field Three Day Event sponsored a casual puissance jumping event during the lunch break.  Puissance features a wall that increases in height with elimination of riders as they fail to clear it until there is only one rider and horse combination remaining – a horse version of musical chairs.  It’s popularity with the crowd got the organizers last year to entice several event riders to participate and it resulted in a strip-tease of sorts as Doug Payne gamely traded articles of clothing for the right to stay in the game.  This year the Professional Riders Organization sponsored the event for the benefit of Operation Homefront, an organization which provides emergency funds for military families and wounded veterans.  As the contest progressed and a wall came down, off came the boot of one rider in compensation… **** **** but as the brick wall grew higher and higher, Jenny Brannigan topped them all and retained all her accoutrement 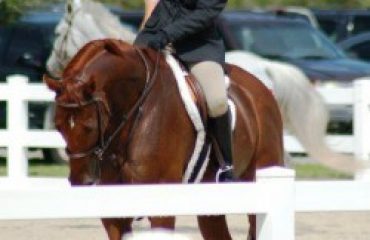 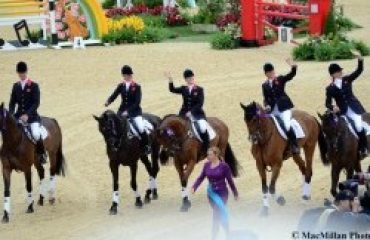 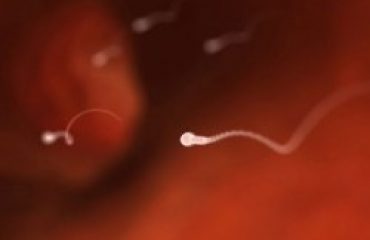