Madison Myro and Orion CWF Take the Winning Gamble in the Nevada Jump Cup Photo By Alden Corrigan November 13, 2014 – Las Vegas, NV – The Las Vegas National kicked off the show jumping highlights at the South Point Hotel & Casino’s Equestrian Arena with Thursday’s Markel Insurance Grand Prix Series Final. After competing in qualifying grand prix events throughout the year, the top twenty-five point earners were invited to compete in the inaugural finals.  With add back from each horse’s entry during the qualifying season, the purse for tonight’s class had grown to $53,400. Set at 1.40m with 14 efforts in a time allowed of 74 seconds, the course featured a double and triple combination as well as several tricky bending lines; in particular, a blind left turn to a skinny wall on the far end of the short side of the arena.

Read more at the source: Kristin Hardin and Bert Blast to the Win in the Markel Insurance Grand Prix Series Final 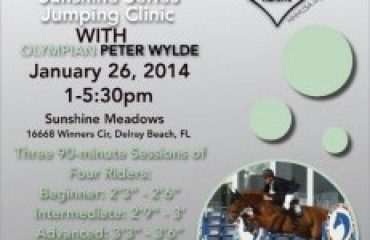 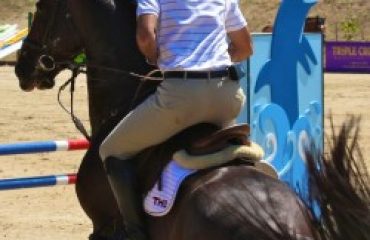