Over the past 30 years, Don Stewart has become an icon in the world of hunters, jumpers and equitation, and has led many of the country’s top juniors to success in all three rings. One of the “go to” trainers for equitation and Pony Finals, Don has coached USEF Medal Finals winners, ASPCA Maclay winners and USEF Pony Medal winners. Don himself was Leading Rider at Devon in 1992, and the National Horse Show in 1993 and 1995. Don is also a judge, and has judged prestigious events such as Devon. Outside the ring, Don serves as the Chairman of the USHJA Junior Hunter Committee.

Don operates out of Don Stewart Stables, Inc. in Ocala, Florida, where he trains alongside Bibby Farmer Hill, and resides with Nancy, his wife of 28 years, and their three children, Whitney, Don III and Erin. Erin Stewart is an accomplished equestrian in her own right, holding titles such as the 2002 ASPCA Maclay Finals winner, WIHS Best Child Rider in 2001 and 2002 and WIHS Leading A/O Rider in 2009.

Anyone who spends any time around Don will tell you that the Don Stewart Stables’ team lives by the “do what you love, and you’ll never work a day in your life” motto. They find true satisfaction in seeing their students learn and succeed, and love to see the students having a good time in the ring. Don and Bibby both have a great sense of humor, and lots of laughs keep long days at the horse shows and constantly changing schedules running smoothly.

Don is also known for having a very successful sales program for horses and ponies. To accommodate this busy program, which sometimes means last minute schedule changes and interruptions, the team has a “go with the flow” attitude. As for the horses in his program, Don says that he looks for top quality horses and ponies that will do well in the under saddle and the model, jump in good style and have an easy lead change. Bibby adds that both horses and ponies should be well balanced, and good conformation usually means that they will jump well and move well.

Don and his daughters, Erin and Whitney.
Photo courtesy of Erin Stewart

As for what makes a horse or pony a winner, Don and Bibby both admit that’s where the consistency of the rider comes in. In his students, Don looks for riders who are dedicated and willing to learn, who “listen instead of talk, go the extra mile and are out there practicing without their stirrups without being told.” Bibby agrees, and says, “If they have the desire, they are probably a good listener and a hard worker as well. If you have the desire and the will, there’s a way.” When asked what is the most challenging aspect of teaching juniors, Don flashes a trademark grin and with a big laugh says, “their parents.”

While Don and Bibby have a hectic year-round competition schedule, both seem to enjoy every minute of life on the road. Don looks for shows with good footing, good judges, reasonable entry fees and big prize money. Of course, he hastens to add that his favorite shows are the ones near good restaurants. Bibby doesn’t find the travel a challenge, and instead says she feels fortunate to see new places all over the country, and to have that kind of opportunity and have it as her job, not just on vacations.

Along with a lot of hard work and discipline, Don always keeps his students smiling and laughing. The formula is clearly working – most recently, one of Don’s students, Meg O’Mara, not only won the Pessoa/US Hunter Seat Equitation Medal this year, but is now competing with the US Equestrian team. The moral of the story? A little laughter goes a long way.

About the writer: Marissa L. Quigley has been a fan of all things horses since before she could walk, and competes in the adult amateur hunters. Marissa and her horse, Tucker, live in New Jersey and take very good care of each other. Visit her blog Tucker the Wunderkind on the Sidelines website. 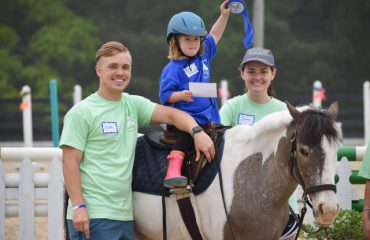 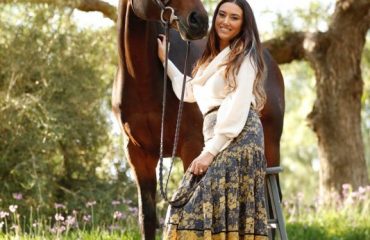 Lauren Scott: From Her Wonder Horse to the Judging World 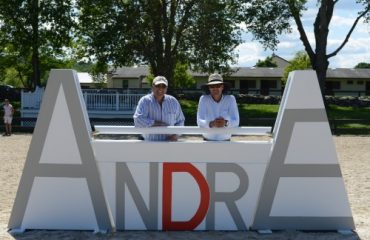