Grady and A Hoof And A Prayer. Photos by Viki Lyman

Grady Lyman rides out of her family’s Greta Glen Farms in Rancho Santa Fe, California.  She has two ponies, a medium named Blue Print, or Bentley and a large pony named A Hoof And A Prayer, whose barn name is Happy.  Grady, a sixth grader, has been riding since she was two years old and has been training with Alicia Saxton for five years.  Alicia’s Ocean Crest Farms is based out of Greta Glen Farms.

Grady has proven she has pony power in California; riding away with some big wins including the Grand Pony Championship for the West Coast Pony Finals with Blue Print at The National Preview in Los Angles.  Blue Print was also Circuit Reserve Grand Champion at Thermal.  At Menlo last year, Blue Print was champion, won the classic and was high point pony.  Grady and A Hoof And A Prayer were champions and won the USEF pony medal and placed first in the southwest division of WCHR in the pony division for 2011.

Sidelines’ California correspondent caught up with Grady, an enthusiastic and dedicated rider, at The Ranch and Coast Horse Show in Del Mar and had a chance to chat with the young rider who is certainly “one to watch” in the future!

My brother played on a soccer team with two girls who also rode horses and one day I went to the barn and watched and that got me hooked.

What do you like to do when you aren’t riding?

I love to take pictures and I like to play roller hockey, soccer and volleyball.

Have you ever had an embarrassing moment at a horse show?

Yes!  Quite recently, I was catch riding a pony at a horse show and I came to the in and out and it stopped and I fell off!  It was quite embarrassing!

What riders do you admire?

What are you goals as a rider?

I completed my goal for last year, which was to win the West Coast Pony Finals over all.  Now I would like to get a horse and win the Onondarka Medal Finals!

What has been your best memory with ponies?

When I won the West Coast Pony Finals that was a great accomplishment because one of my very best friends was second and it was super close.  Our scores were so close, like a .25 difference after the first round and then I beat her by .5!

What kind of music do you like to listen to?

That’s hard, I like a lot.  I like Taylor Swift and her songs Mean and La La La; Lady Antebellum and their song Dancing Away With My Heart; and Adele’s song Rolling In The Deep.

Do you have a favorite movie? 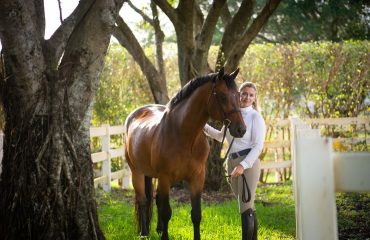 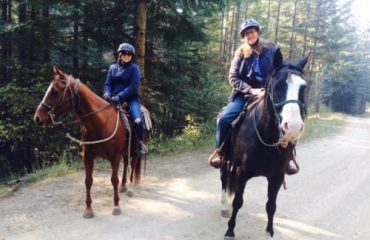 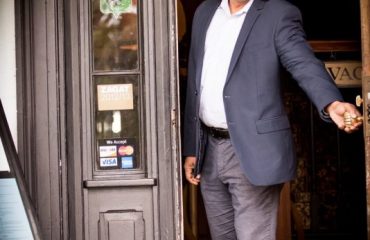 1 Comment to “ Grady Lyman and her California Pony Power”