Jenny, standing in front of a painting she did in 2017, with her rescue dog Pippin and her cat Pumpernickel. Jenny is wearing her own designs: Cape Dress, Studded Sweater and Studded Jeans.

Jenny Erwin is a student at Savanna College of Art and Design (SCAD) but she’s not waiting to graduate to begin her career. She’s presenting her line of contemporary, luxury clothing during the World Equestrian Games (WEG). Inspired by her horse Apache, Jenny has named her brand Apacceli, which is an appropriate reflection of her designs that feature an equestrian influence.

“I decided this is the year I should launch because WEG was such a good vendor opportunity to get my brand out there to multiple nationalities,” Jenny said. “It was just too good to pass up.”

Jenny is well acquainted with international experience. She spent three years based in Germany where she rode and showed Apache, and although her riding was curtailed by a concussion and her horse’s suspensory injury, she enjoyed the experience so much that she considered staying in Europe. “I actually looked into going to sculpture school in Florence,” Jenny said. “But in the end, I decided to come home to the States.”

The Apacceli brand is different from other equestrian-inspired clothing, which more closely follows the classic lines, such as polo shirts. “My apparel is a more contemporary interpretation of equestrian designs,” Jenny said. “For example, in my fall launch I have five different pairs of jeans that are definitely inspired by riding pants, but they more closely follow the perception of high fashion.”

Jenny’s apparel line is different than typical luxury brands, which are designed for very slim figures. “All of my designs are cut for an athletic body type,” Jenny said. “That’s one thing I really don’t like about luxury clothes because they’re always too small in the wrong places; you have to go for a size up if you have biceps or any muscle in your leg, which we know that 99.9 percent of equestrians do have.”

Also included in her fall launch are sweaters, accessories and a unique cape dress that has an artwork design of patterned velvet. There are two distinctive handbags in the collection and one has a definite equestrian influence that Jenny calls a “crossed crop cross-body.” It incorporates a riding crop design on a distinctive plaid material with riding crops for the handle. Another smaller bag also features a fun detail of an adorable little Corgi, which is launching separately with its own animated campaign on Apacceli social media in October.

After she returned from Europe, Jenny spent time at two different stables as a working student where she reinforced her tireless work ethic before her acceptance into Savannah College of Art and Design. She had decided that working within the horse industry wasn’t for her since she wanted to continue to enjoy riding as a hobby, not as a job. The work ethic stayed with her as she became a full-time college student while also working at a part-time job and simultaneously building her brand.

“I thought I would like to do riding sportswear because that was my life at the time,” Jenny said, “but I didn’t feel comfortable going for a fashion major so I went for an advertising major, which I thought was a little bit safer for building a career that would allow me to continue riding.”

What she was learning in advertising helped equip her for launching her own fashion designs, which was always in the back of her mind. Her knowledge of advertising campaigns, target audiences and sales strategy was beneficial when planning her launch of Apacceli. Jenny built upon that knowledge with a course in entrepreneurship from Harvard Business School, and did thorough planning and market research before getting funding to go forward with the launch of her designs.

As she was developing her apparel line, Jenny drew upon her connections within the SCAD community, including her photographer and the product development company Factory 404, which was founded by SCAD alumni. “My equestrian community has also been extremely supportive, from commenting on my designs to giving business advice,” Jenny said. “I’m even manufacturing my jeans through the sister of one of my riding friends.”

Jenny also got real hands-on experience in her part-time job with Faulkner and Locke, an architecture and art consulting firm for businesses and hotels. The owners, Sally Faulkner and Brenda Locke, reviewed Jenny’s business plan with her and were very supportive and enthusiastic about her designs. Sally also rides, so she could relate in more ways than one with Jenny. Responsibilities in her job were to manage their second business, Chambre D’Amis, which markets luxury towels, soaps and other items found in high-end hotels. Jenny said, “They made me the person in charge of that business, so I got to see a lot of different aspects of their start-up while I was working on my own.”

Jenny had been feeling tired for several months but simply dismissed it as the result of her busy schedule. When her symptoms worsened, she finally saw a doctor and was told to immediately get to the hospital. Within minutes of arriving there, she was in the ICU and stayed there for four days while being stabilized with a diagnosis of type 1 diabetes.

“I know another rider who is also a type 1 diabetic and she came and visited me in the hospital,” Jenny said. “She’s been my guiding force, having me over to her house to explain the technology and help me get on track. The diagnosis is kind of a heavy thing but she’s been helping me make it a little more lighthearted. We’ve been calling ourselves the diabetes duo to make it a bit less serious.”

With funding secure and product development on schedule, Jenny didn’t lose much time with the launch while she was ill and was looking forward to opening her booth in Tryon at the World Equestrian Games. She is listed in the vendor portal as offering ‘contemporary, eco-friendly, luxury clothing and accessories with an equestrian twist.”

Jenny added, “The theme for my fall collection is ‘Nature Meets Street Style.’ A unique feature will be a one-of-a-kind window display that Jenny designed especially for WEG.

Although her horse Apache is retired with her sister’s horses in North Carolina, Jenny still finds time in her busy schedule to ride her Quarter Horse mare, Blue, whom she bought from a neighbor of her trainer when she was living in North Carolina. “I bought her as a project. She was a barrel racing pony that kept jumping out of her stall and we thought, maybe she’s a jumper instead of the barrel racer,” Jenny said. “I started riding her and really liked her so I bought her for almost nothing. Now, she’s amazing and so much fun to ride in the high adult jumpers. She’s like a little firecracker that I call my resale fail.”

Jenny currently works with trainer Glenn Hartigan of Eurimports Equestrian in Atlanta, and she manages to go to about five shows a year. She would love to compete in higher jumping competitions and to devote more time to riding and training, and has future plans to find an upper level horse, but presently she has other things on her plate. On a leave from SCAD, Jenny plans to go back to being a full-time student in January to graduate in the spring.

“All of my classes that are left can be completed online,” Jenny said. “And I have less than six months left so I plan to continue working on my brand full time while finishing up those last few classes.”

One thing is for sure: When Jenny is ready to do more, whether it be with riding or fashion designing, she won’t wait. She will make it happen. 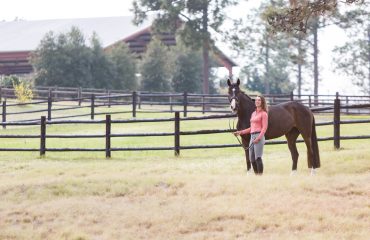 Ariel Grald: Eventing to the Top, From Ponies to The Five-Star Level 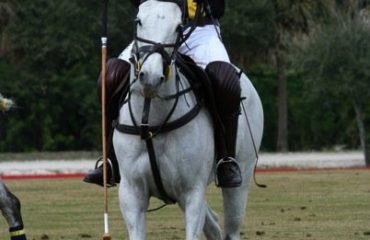