Founder and president of Step By Step Foundation, Liliane Stransky Secchi, spoke of an important childhood memory that had a profound effect on her life. “When I was 6 years old, I was watching a movie on TV about a woman in Mexico that had an orphanage, and I made up my mind that I was going to do that.”

Before that dream became a reality, Liliane grew up riding horses in her native country of Venezuela. She explained that she learned discipline, consistency and responsibility from competing in jumping competitions. Those qualities proved beneficial to her later after she completed her education and went to work in her family’s blue jean manufacturing business. “I have a [degree] in advertising and I was in charge of the media,” Liliane explained. “We made commercials for TV and other productions.”

Liliane continued to ride even after she married and had children. “I rode my horses every morning after taking the kids to school,” Liliane remembered. It sometimes meant that she’d have to work that evening from home, but riding her horses was a priority to her.

Liliane spends a moment with one of her horses in Florida.
(Photo by Barbara Bower, www.barbarasvisions.com)

During this busy time, Liliane managed to turn her dream of opening an orphanage into a reality. With three other friends, she formed the Abandoned Children Foundation (Fundana) in Venezuela. They began with 60 children in residence and have helped over 15,000 since its inception.

In 2000, Liliane and her husband had three little girls but were concerned about their family continuing to live in Venezuela. “The country was experiencing great insecurity, crime and kidnapping,” Liliane said. “We decided that we needed to take our children to a safer environment with better opportunities for their future.”

Liliane explained that in many Latin American countries, it wasn’t safe to walk in the streets or ride a bicycle — activities Americans take for granted. “We wanted to move to the United States,” she said. “The time was right because the girls were still young enough that they would easily adjust.”

After moving to Florida, Liliane expanded her knowledge of media by studying film directing while her children were in school. “I did some short films and won some awards from the Miami Film Festival, but I never had time for me,” Liliane said. “One day I will start doing that again.”

Liliane enjoyed the diversion of making films, but she missed the orphanage back in Venezuela. Soon after moving to Florida, she became involved with the Children’s Home Society of Florida in Miami, and within two years she was the chairman. During that time, she took on the task of leading the society’s major fundraiser, the Pink and Blue Gala.

Liliane in Haiti. (Photo courtesy of Step By Step Foundation)

“Being chairman of the Children’s Home Society wasn’t enough for me; I’m a controller,” Liliane admitted good-naturedly. “I have to make my own decisions to help the world; I have my own way of doing it. That’s why I started Step By Step Foundation in 2004 and I’m very happy about that.”

The Step By Step Foundation got its name from Liliane’s philosophy that great things can be accomplished by simply doing things one step at a time. The foundation’s mission is to bring programs that impact human rights and the development of children worldwide, such as the opportunity to learn, drink safe water, have shelter, walk freely, be safe and be empowered to create their own destinies. Step By Step has alliances with more than 64 organizations in the United States and worldwide.

Over 25 organizations are helped by the Step By Step Foundation in Florida and throughout the United States. Other organizations receiving assistance are in Venezuela, Haiti, El Salvador, Nicaragua, Pakistan, Argentina, Colombia and the Dominican Republic. That assistance consists of donations of clothing, educational supplies and health and medical equipment. “We picked these organizations ourselves to be sure that the in-kind donations we gave were provided directly to the people in need,” Liliane explained. Staff and volunteers follow up on donations to be sure they’re received and are being used as they were intended.

Step By Step is building a school in the Haitian town of Lahaie that will have 600 students, doubling the number of children who are currently attending school there. The foundation’s involvement in Haiti has helped the country in other ways as well, including providing medical and other essential supplies after the devastating earthquake in 2010.

Liliane absorbs the cost of the foundation’s staff by utilizing people who work for her in her other businesses. She has Stransky’s Mission Farm, her show jumping stables in Wellington, Florida, and land development endeavors in Florida and North Carolina.

Liliane and her daughter Daniela. (Photo courtesy of Step By Step Foundation)

After moving to the U.S., Liliane found it difficult to continue to ride with three young daughters, but horses and riding again became an integral part of her life when her youngest daughter, Daniela, had her first pony ride when she was 4 years old. “My two older daughters were not interested in horses; it was too time-consuming. But with Daniela, I took her once for a $1 pony ride, and that was it!” Liliane laughed. “When I bought her her first pony, it was the beginning of my dream. I still get an adrenaline [rush] watching her compete — I really enjoy every minute of it.”

After Daniela visited Haiti and saw the poverty and plight of so many children, she wanted to become more involved with Step By Step. It was her idea to combine the foundation and the horse world by starting a team of Ambassador riders. There are currently over 30 Step By Step riders in Europe, Guatemala, Mexico, Colombia and the U.S. The riders wear jackets during competition with the Step By Step logo and the foundation’s orange color on the collars. They donate some of their prize money and time, and the bright orange-collared jackets also provide good advertising for the foundation. “Orange is the color of the Dalai Llama and is a very spiritual color,” Liliane said regarding the color choice.

The Ambassador Riders are part of an offshoot of Step By Step called Riders Give who adopt local youth organizations in need when they travel to competitions. On one occasion last summer, Riders Give contributed to local organizations in Alberta, Canada, when competing at Spruce Meadows in Calgary and some of the riders at the Colorado Horse Park organized an auction to help families left homeless by wildfires. Step By Step supporters include riders from Florida, New York, Texas, Colombia, Mexico, Venezuela and the Dominican Republic and vary in age from teenagers to middle-aged riders.

In Wellington, Liliane operates Stransky’s Mission Farm, a full-service show jumping barn where her daughter’s horses are stabled. She’s also busy developing two residential communities near major equestrian facilities. In Florida, there’s Le Club Wellington and in North Carolina near the Tryon Equestrian Center there’s Le Club Tryon. She’s in the process of building a vacation home at Le Club Tryon and is looking forward to spending family time there among the other attractions in the area such as Lake Lure, the beautiful Blue Ridge Mountains and the Tryon International Equestrian Center nearby.

Liliane is passionate about helping under-served children and families in the United States and around the world and continues to think similarly to when she was merely a child inspired by a movie. “The more money I make, the more I can help others,” she said. “Never, ever, ever stop dreaming. Follow your dreams and your heart and you can accomplish anything. Don’t let anyone cut your wings!” 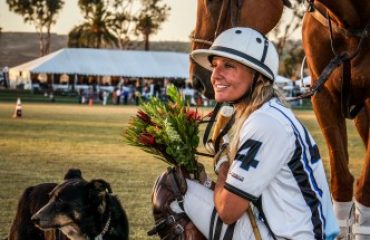 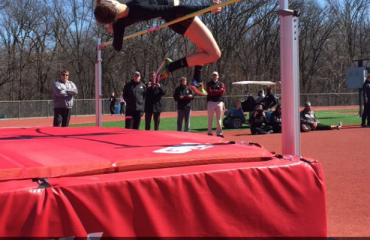 Lizzie Adelson Was Born To Jump 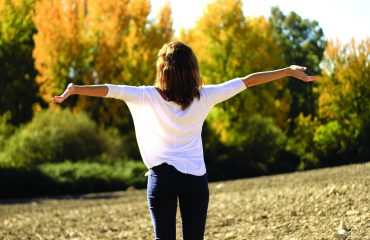