In 2006, Victor Amaya was at a European horse show, socializing with fellow riders, when he suddenly heard a familiar name coming from the big-screen TV nearby.

The TV was airing live coverage of the FEI World Equestrian Games (WEG) in Aachen, Germany, and, although Victor hadn’t been paying much attention to it, he whipped around quickly when he heard, “In the ring representing Argentina, Max Amaya.”

“I couldn’t believe it,” said Victor, who immediately realized it was his own brother, Max. “I was very, very impressed, surprised and proud. My friends there were picking on me. They said, ‘How can you not know you have a brother riding in the WEG?!’”

While it seems unlikely, it certainly was not implausible, especially at the time. After growing up and riding together in Argentina, Victor and Max had both left their home country to pursue riding careers in different parts of the world: Victor in Europe, and Max in North America.

The two kept in touch enough for Victor to know that Max was riding successfully in the United States, but in the days before frequent text messages and social media updates, Victor had no idea just how successful Max had become — until he heard Max’s name announced over the WEG broadcast.

That moment would impact the course of Victor’s career and ultimately lead him and his brother back together, this time riding at Max’s own Stonehenge Stables.

Decades prior, it’s likely that both brothers would have predicted Victor to be the one representing their country at the WEG. Two years older than Max, Victor began riding first and came by his riding ability and love of horses quickly and naturally.

“I started getting in the saddle when I was 4 years old,” said Victor who, along with Max, received his early riding education from their grandfather, a member of the Argentine mounted Army. “I fell in love immediately with the horses and everything around the horses.”

“Victor was always very gifted, and my grandfather liked the way that he rode,” said Max, now 46. “Our grandfather was quite a nice rider, very skillful with horses. He had an incredible feel. He and Victor got along very well.

“He did like me a lot too, but I was a little bit backward,” continued Max. “I was a bit scared of horses, so I ended up in Victor’s shadow. As Victor developed his career in show jumping, I was doing it on and off and playing some polo — which I was not very good at either.”

By age 14, however, Max had conquered his fear of horses, gotten serious about riding, and started following in Victor’s footsteps.

“I was in my last high school year, and my dad said, ‘You have to go to college and get a degree. Be a doctor, lawyer, whatever you want, but with horses, you’re going to be poor,’” explained Max. “I was loving the horses for sure, and I hated studying. It wasn’t like I felt I could do show jumping that well, but it was an option I felt I could do without having to study!”

So, in 1992 at the age of 17, Max accepted a position as a working student for Roger and his son, 1984 World Cup Champion Mario Deslauriers, and made the move from Argentina to Bromont, Canada.

While Max was in Canada, Victor continued to advance his show jumping career in Argentina, but it wasn’t long before he too had the desire to try his hand at riding elsewhere. Without speaking any English at the time, he accepted a position at the Kennedy Equine Centre in Ireland.

Victor spent two years there before being offered a position working for Lalla Novo of Italy. At the time, Lalla was the president of the Italian Equestrian Federation, and she and her husband owned a large equestrian center. There, Victor developed the Novos’ young horses, in addition to showing in CSI4* and CSI5* competitions throughout Europe. When Lalla’s husband passed away, she decided to close the facility.

It was around that same time that Victor heard Max’s name on the WEG broadcast and decided to call his brother.

“I said, ‘This is the situation. I don’t want to stay here, and I feel very lonely,’” said Victor. “I don’t know what I’m going to do, but do you think you could help me figure out a visa?”

Across the ocean from Victor, Max had joined the team at Beacon Hill Show Stables in Colts Neck, New Jersey, in 1999. There, working for Frank and Stacia Madden, Max thrived, and even met his now-wife, Krista Freundlich. By 2003, however, the wheels were beginning to turn in Max’s head.

“From the time I had any sort of rational thinking about life, I wanted to be my own boss,” said Max, who was becoming well-versed in Beacon Hill’s business operations while running part of Beacon Hill’s program at nearby Synergy Stables.

“Around 2003 or 2004, I started having the thought in my head that having my own business was becoming more of a real idea, not just a dream,” said Max, who continued working for Beacon Hill until 2005. “Finally, around the WEG in 2006, I founded Stonehenge Stables.”

When Victor and Max reconnected, the timing was right for both of them. Victor spent the next two and a half years working for Max, before going to ride for Georgina Bloomberg for two years.

“Riding for Georgina was a very good experience,” said Victor. “After that, I tried riding for a few different people, and Max was always telling me, ‘Victor, you really need to commit to one place. You can’t keep going from one place to another and trying here and trying there.’”

Perhaps fueled in part by having met his now-wife, Kris Ende Amaya, Victor took Max’s advice and returned to Stonehenge Stables as a trainer, and it wasn’t long before Kris became a part of the team as well.

Kris grew up in Pennsylvania and spent her college summers working for Irish show jumper Kevin Babington while attending The Pennsylvania State University each fall. Kris graduated with a degree in animal science, but not before taking a year off to groom in Florida for Quiet Corner Farm, where she first met Victor.

“By then, Victor had called Max and had gone to Florida,” said Kris. “I can’t tell you how many times I met Victor, and he never remembered!”

Eventually though, Victor didn’t just remember, he and Kris hit it off and began dating, and Kris started working for Stonehenge.

“Max needed help in Florida, and it seemed like the perfect opportunity,” said Kris. “I was going down to Florida with Victor and needed work. I was grooming and, on the side, doing some of the managing. Little by little, I transitioned into being the barn manager. Max gave me more responsibilities, and it grew from there.”

That was 10 years ago. Today, Kris manages more than 50 horses at Stonehenge Stables, working alongside her husband for the operation that Max has built into one of the most highly respected hunter, jumper and equitation riding and training programs on the East Coast.

With their home base in Colts Neck and a winter base in Wellington, Max, Victor and Kris have built careers that they love, doing what they are most passionate about, surrounded by their family.

“I’ve found that I love training people,” said Victor. “Every time I step into the ring to teach a lesson, it doesn’t matter what level, I love what I do. I have a lot of passion for it, and I enjoy when people achieve their goals. I love to help people get better on a horse, and here I am getting to train, ride the client horses, and spend the days with my family.”

“I wouldn’t change it for anything,” said Kris, who officially became family after she married Victor in 2009 and gave birth to their daughter, Sophia, in 2017. “It’s great having Sophia at barn, hanging out with us, seeing what we love to do, and getting to share that with her. Working for family definitely has ups and downs, but at the end of the day, I think any one of us will say that we always want to stay working together.”

“Family is family,” added Victor. “If something happens, you’re going to have your family there. If you have a problem, whatever problem it could be, you have your family. This family business gave me stability, my wife and my beautiful daughter. Even though here I’m an employee as well — I’m working for Max — it’s different because I feel it’s my home. It’s my place.”

The Building Doesn’t Make the Business

Max not only enjoys getting to work with his brother and sister-in-law (and with his wife, Krista, who is just down the road continuing to manage Beacon Hill Show Stables), he also aims to create that same sense of family and togetherness among all the riders at Stonehenge Stables.

“I always say that a business or a barn is not made by the location or the building; it’s made by the people,” said Max. “Stonehenge, it’s all of us, and not just us on the professional side. It’s clients who have been with us from the beginning or old students like Brianne Goutal or Jessica Springsteen who come back. It’s the way we treat each other, and the way they treat us. We develop a strong relationship and a friendship.”

If you ask any rider who has come through the Stonehenge Stables program or continues to ride with Stonehenge, chances are they’ll wholeheartedly agree.

It’s evident in the way former students return to Stonehenge, like TJ O’Mara, who joined the team as a trainer following a highly successful junior riding career under Max’s tutelage. And it’s evident in the way many riders never want to leave, like BarnManager founder Nicole Lakin, who has ridden with Max for more than 20 years.

“The way we make people feel is the way they’re going to react to us,” said Max. “You can have somebody winning all you want, but if you’re making them feel badly or you’re achieving that winning streak in a negative way, people will like it for a little bit, but it will get old.

“It gets old to lose, and it gets old to win in a bad way. What doesn’t get old is good treatment,” concluded Max. “We want to treat everyone like they’re part of our family.”

Whether it’s a family formed by birth or by choice, of brothers or of fellow riders and barn mates, being a family is one thing that never gets old. 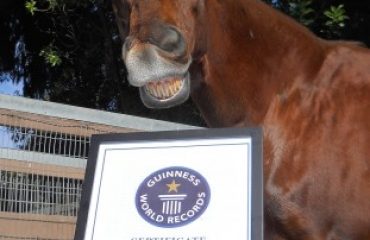 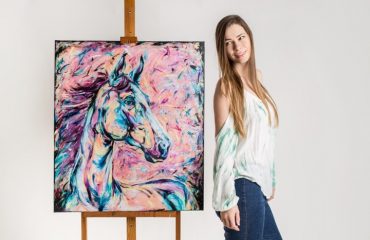