Pete at the National Hotel in Frenchtown

Growing up in Bombay, India, Pete D’Costa wasn’t exactly in the epicenter of equestrian activity — but never one to be deterred from his passions, Pete always found a way to ride.

“It wasn’t a very big horse culture growing up, but I was always fascinated by horses and I rode just for pleasure,” Pete said.

After emigrating to the United States, Pete found himself living in New York City when the September 11th attacks on the World Trade Center shook the entire country to its core. Shortly after, Pete, his wife Marie and their two daughters traded in big-city life for a fresh start at Freedom Farm, located in Flemington in the famed Hunterdon County in New Jersey. After a short stint as a dressage rider, Pete received a gift that would help change the direction of his life.

“About four or five years ago, a friend of mine got me a polo lesson as a Christmas gift. I thought, ‘Oh, I want to check this out.’ I’d played polo when I was younger, but nothing competitive,” Pete said. “Even before I got on the polo pony, I knew this was the equestrian sport I really want to be associated with. I totally fell in love with polo, and I’ve been playing ever since.”

After that fateful lesson, Pete embraced the polo lifestyle and in turn, Freedom Farm became a retreat for polo players in the area.

“I just have one dressage horse there now, and the rest are all polo ponies. We play arena polo at Freedom Farm in the winter. It’s a smaller group of people that just want to stay busy and be active during the off-season,” Pete said. “Every Sunday and some Tuesdays, we’ll play a little pickup game. It’s a great group of people that are all ages and all skill levels. Most of the players are 0 and -1 handicaps.”

Also a member and board member of the Tinicum Park Polo Club, Pete enjoys the camaraderie that polo brings.

“We also happen to own a bar and restaurant right down the road from the polo field, so after we finish games on Saturday, everyone comes to the National Hotel in Frenchtown and has their ‘seventh chukker,’” Pete said with a chuckle. “We all hang out there and talk polo and just try to get to know each other.”

While Pete enjoys hanging out at the bar and restaurant talking polo, he also happens to own the National Hotel, which has given him the opportunity to meet people from all over the world. “Every day is different,” Pete said. “We also own a bar/restaurant/music venue in Asbury, New Jersey, called American Spirits Roadhouse.”

While Pete enjoys life as an entrepreneur, polo is still his passion. Under the tutelage of Federico Cendoya of El Venado Polo School just outside of Buenos Aires, Argentina, Pete has blossomed into a confident polo player.

“I had the advantage of being able to ride, so I didn’t need a lot of help with the riding part. With the polo side of it, I go to Argentina in January and February, when it’s brutal out here in the Northeast,” Pete said. “I play with Federico and I stay at his farm, and train with him. He’s really helped me a lot. He’s taken me from not hitting the ball to being close to a 0 in two or three years.”

Pete and his wife Marie, at the National Hotel, left New York after the attacks on the World Trade Center for a fresh start in the famed Hunterdon County in New Jersey.

As Pete has advanced, he’s acquired higher caliber horses with one quirk — they’ve all been chestnut mares.

“Right now I don’t have any horses in my string,” Pete said. “I sold them all last spring, and I’m hoping to acquire a new string through the winter. I have a friend who has been gracious enough to mount me through the summer. I’ve only owned chestnut mares. I’ve been really lucky because they’ve all been perfect. I guess they just suit my personality. Ginger, Rani and Rita were a few of my favorites. I owned Rani for a while. She was an 8-year-old Thoroughbred mare. She wasn’t as made as I thought she was when I got her, and when I sold her she was a perfect polo pony. It’s always nice to see them come up a little while you have them.”

Polo life doesn’t come without its challenges. Balancing work, family and his playing schedule takes a fair amount of juggling.

“Like anything in life, finding that right balance is very difficult.” he said. “The way I see it, my work pays for the polo. I have to make sure that’s continuing and growing so I can continue to grow as a polo player as well. Like a friend of mine said the other day, nobody thought getting into this that polo was a poor man’s sport. The better you get, the better horses you need, the better equipment you need.”

Pete knows he’s blessed with a great family. “My wife is very, very supportive of what I do. She also has a full-time job but she’ll jump in and help whenever she can,” Pete said. “My two daughters are often seen on the sidelines, cheering me on at tournaments. Both my daughters have ridden in the past, but don’t ride anymore. My older daughter, Shiara, recently moved to New York City and is the program director for a non-profit organization. My younger daughter, Laina, is at American University in Washington, D.C., and a deejay on a radio show.”

In the future Pete aims to combine his passion for polo with his love of travel and aviation.

Pete, at Freedom Farm, loves the challenge of polo

“I went to Sotogrande this year in Spain to watch the Copa De Oro. My goal is, in the next two or three years, to do all the big polo events and combine my vacation with polo,” Pete said. “I’m also a certified commercial pilot, so aviation is my passion as well, but horses beat everything. I’ve always loved to fly. Even though I don’t get a chance to fly as much because of my work and the horses, that’s one of my favorite things to do. Aviation is a big part of my life.”

Pete initially started out as a commercial pilot, but ultimately found his niche in the hospitality industry, where every day is a new and different challenge.

“I enjoy it tremendously because it’s a little bit of everything. I think I’m a fairly outgoing person, so I love the interaction with customers,” Pete said. “The town I live in, Frenchtown, New Jersey, is an old, quaint little town. The hotel I work out of was built in 1831. We restored the whole hotel and restaurant. I don’t even consider it a job. It’s more fun than work for me.”

The National Hotel was closed and had been abandoned when Pete decided to tackle the project of renovating it. “We didn’t have any experience in that level of restoration, but common sense, hard work and lot of luck helped us bring back The National Hotel,” he said. “I also have a great staff at all of my facilities. I have great managers and wonderful and dedicated people who work for me.”

Pete’s love of a challenge is reflected perfectly in the sport he’s chosen to play and the excitement he feels toward new challenges. “I have had a few careers in between aviation and owning the hotels and restaurants,” Pete said. “I loved and continue to love the thrill and excitement of new challenges. Polo fits right in there.

Pete received a polo lesson as a Christmas present four or five years ago and fell in love with the sport.Photo by Michael Green

“I went to Jesuit school for 12 years. The school’s motto, which was so instilled in me by the Jesuit priests, was Natus Ad Majora, ‘Born for greater things.’ I’m always looking for something more challenging, for something that will keep me on my toes. I think polo fits in perfectly for that,” Pete said. “You’re always trying to be a little bit better. You’re always trying to hit that ball a little more perfectly. You’re always trying to ride the horse better and make it better. I think polo is the ultimate equestrian sport. It’s so challenging for me that I don’t think I’ll ever outgrow it. You’re never going to know everything about polo or horses, even if you have two lifetimes.” 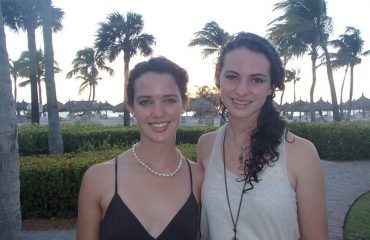 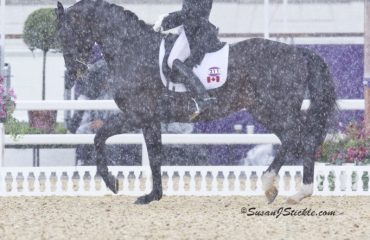