Horses have taken Richard Lamb around the world.  His most recent adventure took place at the 2011 Pan American Games in Guadalajara, Mexico where he coached the US Pentathletes:  Margaux Isaksen (individual women’s gold medal), Suzanne Stettinius, Dennis Bowsher and Sam Sacksen.  It started 20-some years ago when Richard taught riding in Pennsylvania.  One student, Mike Gostigian, had been to three Olympics in Pentathlon:  fencing, shooting, swimming, cross-country running and show jumping, which he wanted to improve.  “Through Mike I met some of the others and ended up going to San Antonio where the US Pentathlon was headquartered at the time,” said Richard.  “It was leading up to the Atlanta Olympic Games.  I worked with them there and volunteered at the Games.  I didn’t have any contact with them until this summer.”

That’s when his United States Pony Club background proved that what goes ‘round, eventually comes ‘round.  For two decades, Richard has been a National Examiner and designer of show jumping courses for various disciplines at the USPC championships.  He served on the Board of Governors for two terms and during his chair of the Show Jumping committee, assisted in developing the standards for upper level ratings.

Richard Lamb conducts one of many Pony Club course walks. Photo Courtesy of the USPC

Last summer at the Kentucky Horse Park during the National Pony Club Championships he crossed paths with someone he hadn’t seen in about 15 years: Rob Stull, executive director of Pentathlon.   “About a month before the Games Rob called and asked me if I wanted to coach the team in Guadalajara,” recalled Richard.  “I went to Colorado Springs to have a training session.  Two men, two women:  gold for the girls and seventh; the men were fourth and sixth.  I had never done anything like this before, and I was glad to experience going as a member of a team to represent the US.  Pentathlon took place at the beginning of the Games and I marched in the opening ceremonies.  The Games were huge and a whole lot of fun.”

Believe in the Basics

Richard’s teaching emphasizes the basics:  balance, rider position and self-carriage of horse and rider, not necessarily in that order.  He wants “riders to allow it to happen, not make it happen.”  In 2008 he earned the Level III rating to teach riding, training, competing and horse care through Intermediate, CIC**, and CCI** in the US Eventing Association’s Instructor Certification Program.  He isn’t a ‘bells & whistles” clinician and his approach – to improve the rider – might not be everyone’s cup of tea, but he stays very busy on and off the horses.

“I’m not competing much because I travel so often,” said Richard.  “I have places where I’ve been teaching for years where I go four, five, six times a year, other places I go just once a year.  I ride horses for people:  young horses, foxhunters and some horses that don’t know what their job is yet – might be eventers, dressage or show jumpers.  I don’t own horses anymore because I travel so much.  I always can find horses to ride, especially for foxhunting, mostly with Whiskey Road Foxhounds.”

A Lifetime of Horses

Richard’s lifelong involvement with horses began in early childhood in Vermont where he helped with his family’s horse farm and riding camp, keeping 80 horses, as well as their ski lodge.  The Lambs showed hunters and jumpers, evented and foxhunted, and the kids participated in Pony Club activities.

After college, Richard moved to Ireland from 1975-80, helping his father to run a guesthouse and riding center, taking advantage of every opportunity to ride jumpers, event horses and racehorses.  He spent two years working for Eric Horgan, Irish 3-day team, Olympic veteran and two-time winner of Punchestown.

Currently based in Aiken, Richard has more than 35 years of experience as a coach.  Since 2002 Richard has been chef d’Equipe or coach for the USPC team at the USEF National Pony Jumper Championships, harvesting two team bronze medals and an individual gold and individual silver in that time.

“The main theme is balance.  It’s all about balance for the horse and all about how the rider’s balance affects the horse,” said Richard.  “I focus on the rider, because horses already know the things we want them to do:  walk, trot, canter, flying change, passage, piaffe – horses turned out in a field do those movements.  As riders and trainers we have to learn how to stay in a balanced position that allows them to do that.  Otherwise, we end up using strength, but in the long run, strength is not effective.  When we as riders learn to re-balance ourselves, we fix the problems.”

As a course designer, his credits include USPC championships, the Foxhall Cup (GA) and Jackson Hole Horse Trials (WY).  Again, he emphasizes the basics for the particular level.  “Making a course tricky does not teach riders how to jump better, especially on the lower levels,” said Richard.  “For eventing, as you work your way through the levels, you start with a 20meter circle, then 15 meter circles, then flying changes.  I try to relate the show jumping courses to the requirements for the dressage.  As you get to the higher levels, Intermediate, two-star, three-star, you start to add some of the technical questions with the power questions – bigger jumps – because the level of training and experience can handle that.”

Richard’s mantras include the basics.  Breathe.  Carry your hands.  Look up.  Let it happen.  The bottom line is always balance. 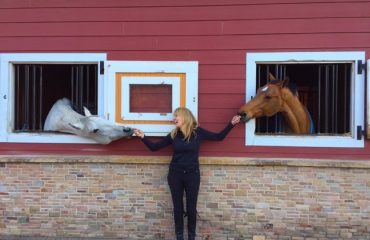 Poetry and Grit: A Barn That Makes Riding Work for Working Professionals 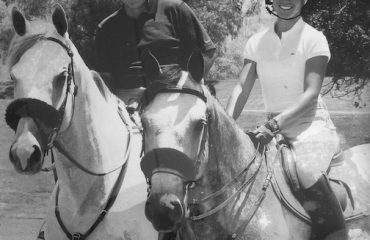 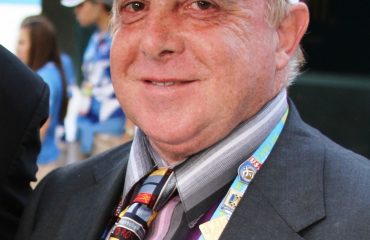