At least once a year, I trade in my polo helmet for a cowboy hat. It’s summertime in America and this means rodeo. The biggest and best rodeos are during this time of the year and I wouldn’t miss it for the world. Big prize money brings the best of the best to town and as competitive as I am, I have to be involved.

It’s quite the contrast as I unhook the 32-foot gooseneck polo trailer and exchange it for the slant bumper-pull to load my one horse. I grab my friends and we hit the road. As we get underway, I can literally feel the weight and pressure being lifted. We’re rodeo bound and about to have some real fun! The thought of saddling only one horse sounds so appealing after a long season of saddling a minimum of six polo ponies for one game.

Following the rodeo trail, we drive through scenic middle America: endless flower-lined country roads blooming in bluebonnets and a riot of other colors all swarming with honeybees. We sing along to old country songs that I have no idea how we even know the words to. It’s funny how just owning a horse can lead you to so many destinations.

As we get a few miles from the rodeo, we can feel the energy and excitement. Banners and hand-written signs point and direct us to the rodeo grounds. Anyone who owns a horse within the county, or maybe in the state, is here riding around, anxious to join in on the grand parade. If you can climb aboard a horse, this is the time to do it. It’s great to see all the different breeds of horses and ages of people join together to put on such a diverse and enthusiastic show.

I love barrel racing. I haven’t competed professionally for a few years as my best barrel mare, Cruel Girl, injured herself. Together she and I made it to the PRCA (Professional Rodeo Cowboys Association) Circuit Finals as a rookie. On my most recent trip I competed in a non-pro rodeo, which was a good way to get back in the game before the huge Fourth of July rodeos.

Barrel racing consists of running a cloverleaf pattern around three barrels against the clock. Fastest time wins, to the tenth of a second. If you knock a barrel over it’s an added five-second penalty, so cutting it close but not too close is the key to success. Unlike polo, in barrel racing your success relies on only one horse. You only have, on average, 16 seconds or less if you want to win money. Everything must go perfectly. A slip, wrong lead change or a slight hesitation will cost you a win.

Barrel racing is usually after the half-time show. There’s no half-time divot stomp like in polo, but instead, a hilarious clown act. You can even see the most serious person in the crowd laughing like a child by the time it’s over. There are usually 10 barrel racers that run in each performance, so getting lucky in the draw and drawing first will really help your chances as with each run the ground will get dug up — making it more difficult to execute that perfect turn.

Even though this was by no means my first rodeo, when I heard the announcer call my name, with the music booming along to the beat of my heart, my excitement was uncontainable. There was no turning back; it was time to cowgirl up. Down the alley we ran at top speed, me hoping my horse will notice the barrel I’m aiming her at instead of the thousands of people, banners and millions of other distractions that appear at the gateway. We go to the right barrel first, now for a lead change for the second and then around the third and it’s a race for home. It all happens so fast it’s hard to tell how we did, and we won’t even know until the end of the week-long rodeo if we placed!

There are probably better ways to make a living but there’s not a better way to live life. 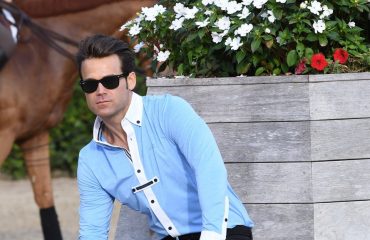 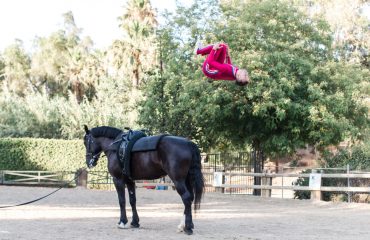 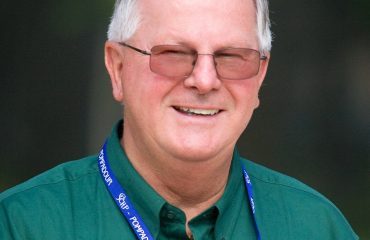