Dedicating her life to horses may have disappointed her mother, but Linda Andrisani hasn’t regretted it for a moment. “Before my last Junior year, I went to work for Jack Stedding—and stayed, to my mother’s dismay,” Linda said. “My father just said, ‘Whatever you do, make sure you get up in the morning and want to do it.’”

Linda took her first riding lesson in Maryland at 9 ½—the result of a promise from her father during an overseas military station that she could ride as soon as they moved back to the U.S. “And it went from one once a week to twice a week, to the teacher telling my father that maybe I had a little potential,” Linda recalled. “And so within the first six months, I was at the barn four and five times a week and I went to my first horse show, which was a county fair. I won two blue ribbons and I was hooked. That’s where it all started.”

Linda became a young professional and eventually founded Monkton Manor Farm in Maryland in 1980 with Jack Stedding. The two ran a successful business producing quality horses and riders for over 25 years. Linda began judging nearly 40 years ago, which became a passion for her. She’s judged at all the major horse shows in North America, and many around the world.

Linda moved from Maryland to Wellington, Florida, five years ago, though she continues to travel to judge—within the country, at least. “I’ve really had a great life,” she said. “I’ve been out of the country to judge in Canada, and I’ve been to Bermuda to judge. I have no desire to do any of that any longer. I’m gonna just stay right here in the good ol’ USA.”

I would have gone into either fashion design, or if I had been a little bit taller—I missed out by two inches—I would have probably been an airline stewardess. I can’t reach the bins over the seats.

What’s your favorite thing in the horse world?

I’ve done all aspects of it: mucking installs, grooming, braiding, riding, training, all of it. The only thing I never did was learn how to drive the horse trailer. I was always very intimidated by that, so I made that the one job I never had to do. Judging is my favorite, and it has been from the beginning.

When I do have a week off, I stay home. Sometimes I go over to the show grounds, because I’m addicted. Otherwise, I usually get together for dinner with my friends that live in Wellington full time.

They had a trainers class at Middleburg National Horse Show. I probably had not jumped a horse in 10 years, but a friend of mine offered me their great amateur hunter to ride in the class. I had to borrow everybody’s riding clothes, and when people found out I was willing to ride in it, they had clothed my whole outfit—within a half hour I had the whole nine yards. But the high boots that I wore were a little high for me, and when I went to get off I couldn’t bend my leg. I fell over backwards when I hit the ground and people just came running—they thought I had had a heart attack! It was probably the funniest moment of my life, when everybody thought I’d died on the spot with my boots on.

Invest in property, save your money, and invest in disability insurance. It’s a humbling business, and in a heartbeat your livelihood can be in jeopardy. It can change in the blink of an eye.

First my dad, then Jack Stedding. Who inspires me now is the community of people in the horse world. We have an amazing group of people in our industry. If something happens in our family community, people cannot get together to help fast enough.

A cure for every type of cancer. I’m a cancer survivor, so when you’ve sat in that waiting room for your turn for treatment, you get to know the people sitting around you. You go in day after day, week after week, and then all of a sudden some of the people aren’t there anymore … It’s a cruel thing. If we could ever find a cure for every type of cancer, I’d be a very happy person. 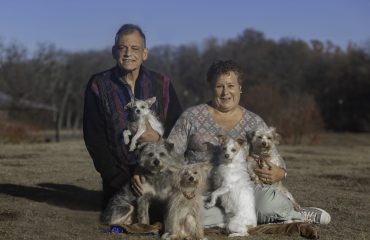 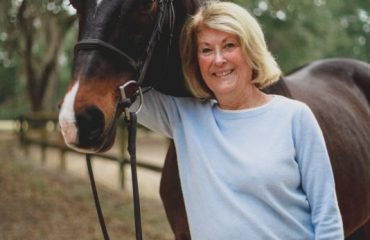 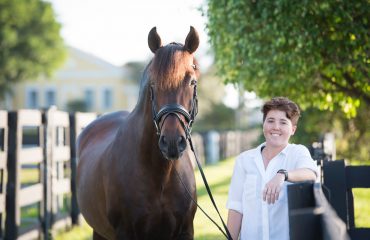