Way to go Team USA for ending England’s unbeaten run at Hickstead! Team USA was the dominant force in the annual International Arena Polo Test Match at Hickstead in March, beating England by 21 goals to 17. England had not lost in the International Test Match since 2008, but their unbeaten run was ended when faced with the might of 10-goaler Tommy Biddle and team mates Patrick Uretz (5) and Will Tankard (4). “It’s fantastic to be able to captain the U.S. team and represent our country, and we’re the first U.S. team to win the Bryan Morrison trophy,” said Tommy. “This is the best surface I have ever played on. Hickstead has the best arena in the world!”  Photo by info@imagesfpolo.com.

Natania, coached by Amir Pirasteh at his Natania Farm and Polo Club, Warrenton, Virginia, won its second consecutive USPA National Interscholastic Championship in California earlier this month. In the semi-finals, Natania bested Prestonwood from Texas, 18-4, then played a thrilling final against Toronto to win the title, 17-13. Returning to defend last year’s title, Wyatt Harlow and Kamron Pirasteh, both high school seniors, were selected for the All-Star Team. Splitting chukkers were Calvin Milligan (junior) and Sophia Bignoli who at only 14 shows every sign of becoming a great female player, following in her parents’ boot steps. Wyatt, selected in 2014 for Team USPA, belongs to Great Meadow Polo and often plays Saturday nights at Twilight Polo as well as on grass. From the left: Kamron Pirahsteh, Calvin Milligan, Sophia Bignoli and Wyatt Harlow.

Hollywood movie star Burt Reynolds kicked off Sunday polo by throwing out the official coin toss at the International Polo Club in Wellington, Florida. The legendary Smokey and the Bandit star, who has suffered some recent health issues, gamely posed for pictures with adoring fans and looked natty in a crisp, navy blue suit and pink sunglasses – perfect for checking out the action on and off the field. Burt, center, is joined by IPC President John Wash, left, and Chukker, the IPC mascot.

It was Valiente’s second 26-goal tournament victory after winning the C.V. Whitney Cup earlier this month, leaving them one tournament win away from winning the Triple Crown of U.S. Polo. The Maserati U.S. Open starts on March 30 and concludes on April 20 at the International Polo Club. From the left: Bob Jornayvaz, Santi Torres, Sapo Caset Larry Boland, President of Piaget and Adolfo Cambiaso. 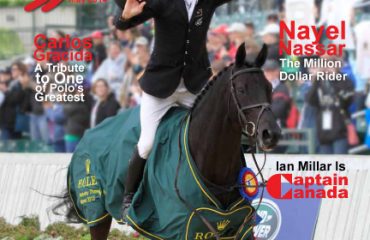 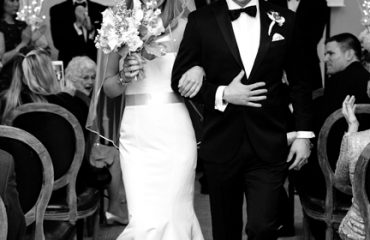 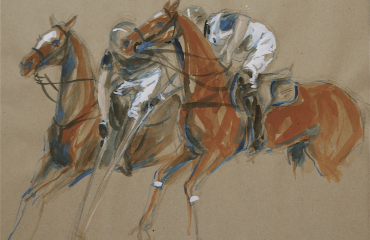