SAUGERTIES, NY (May 27, 2013) – Christine McCrea finished the first week of spring competition at HITS Saugerties with a hot hand. After piloting Candy Tribble & Windsor Show Stables’ Avenir to the blue in Friday’s $25,000 SmartPak Grand Prix, presented by Zoetis, McCrea rose to the occasion again for Sunday’s $50,000 EMO Grand Prix and cashed another winner’s check.McCrea was the only rider to end the day with a double-clear effort.

“I think I have found my new favorite course designer,” said McCrea with a smile after the class. Marina Azevedo of Campinas, Brazil set the courses in the Strongid© C 2X Grand Prix Stadium this week, and admits that she attempted to make the tracks welcoming in the beginning of the season, but included some testing elements. “She uses the ground so well,” added McCrea.

Azevedo set a 13-element course with 16 jumping efforts on Sunday, including a scopey triple at fence six and a double at fence nine. She also recycled a technical skinny vertical from Friday as the third-to-final fence.

The scopey, technical track made for a nail-biting first half. The crowd that gathered on the berms of the Strongid© C 2X Grand Prix Stadium waited nine trips before seeing the first clear round of the day. Peter Wylde of Wellington, Florida was the first to crack Azevedo’s code in Friday’s $25,000 SmartPak Grand Prix and got it done again on Sunday with Societe Cirile de Necurie de Meautry’s Lewin 5.

McCrea was quick to secure a jump-off in the next trip to later be joined by Margie Engle of Wellington, Florida on Gladewinds Farm, Inc.’s Indigo and Candice King, also hailing from Wellington, Florida, aboard Stateside Farm, LLC’s Campbell VDL.

Wylde returned first in the jump-off and had the makings of a winning ride until a heart-breaking rail fell at the final fence, a wide oxer as he galloped home and ultimately landed him and Lewin 5 in third. McCrea returned next and set a blazing Great American Time To Beat at 37.66 seconds. While she was the only rider to go clear in the jump-off, her time also went untouched.

Engle and Indigo were third to return for the short course and were in prime position to beat the clock, but picked up four faults with a rail at the fourth jump. King and Campbell VDL batted clean-up in the jump-off and were on track to a clear round before the final oxer reared its ugly head again and handed her four faults. Engle landed second, while King finished fourth.

The fastest of the four-fault rounds over the original course, Kevin Babington of Keene, Kentucky rode his own Mark Q to fifth.

Considering some wet weather earlier in the weekend, McCrea was both pleased and surprised at how well her Sunday went. “I was so impressed with how the footing handled the rain – it really came down yesterday, but the footing was practically dry out there today,” she said. “I was only able to get Avenir out for about 20 minutes yesterday and an hour this morning and he often doesn’t listen when he is fresh. Surprisingly, he didn’t get flustered and I was able to control him really well.”

Grand prix competition continues next week at HITS-on-the-Hudson with the $25,000 SmartPak Grand Prix, presented by Zoetis, on Friday and the $75,000 HITS Grand Prix, presented by Zoetis, on Sunday. Qualifying for September’s Zoetis $1 Million Grand Prix has begun to reach its pinnacle as the HITS Saugerties circuit will feature two weekly qualifying opportunities in the first seven weeks of the circuit with one final Wild Card class on the Friday before the Zoetis Million. Follow all the qualifying action at HITSShows.com. 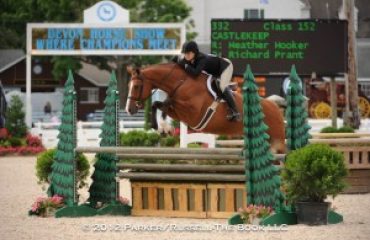 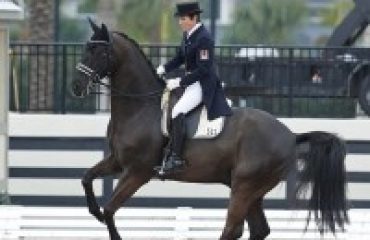 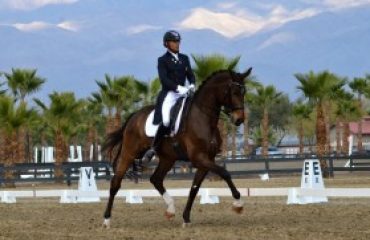