WASHINGTON – August 26, 2013 – Washington International Horse Show (WIHS) is pleased to announce a new incentive bonus sponsored by SHF Enterprises, Inc. for the rated Jumper divisions, along with the winner of the $125,000 President’s Cup Grand Prix, to honor horses that also competed in the Young Jumper Championships (YJC). The bonus is yet another highlight for jumper riders at the 55th annual WIHS, held October 22-27, 2013, at Verizon Center in Washington, D.C.

The “SHF Enterprises, Inc. Young Jumper Championship Incentive Bonus” will award a $5,000 bonus to the WIHS rated jumper division champions and a $10,000 bonus to the winner of the $125,000 President’s Cup Grand Prix, who were also graduates of the Young Jumper Championship Series. An additional $5,000 YJC American Breeder’s Bonus will be awarded to the winner of the President’s Cup Grand Prix if the horse is the product of an American breeding program. Any horses that are currently 15 years of age or less and were top 15 finalists in any of the three sections of the YJC East, West and Midwest Championships in the last ten years are eligible. The American breeding program criteria are defined by the YJC.

WIHS Executive Director Bridget Love Meehan said, “We are excited to offer a new bonus that will help recognize the training of young jumpers into successful open jumper mounts, and further, to reward owners and riders for bringing them along to the highest level of national and international competition at WIHS.”

SHF Enterprises, Inc. and the Young Jumper Championship are committed to providing encouragement and rewards for owners, breeders, and riders interested in developing young horses to successfully represent the United States at the highest levels of show jumping.

WIHS Board of Directors member Claudia Frost of SHF Enterprises, Inc. stated, “Washington is the only show of its kind in America – an international show, showcased in the heart of our Nation’s capital. It was a natural progression for us to extend our promotion and support to the international level and to recognize and incentivize American young horse program participants at America’s horse show.”

She continued, “Our horses have competed at WIHS on a number of occasions during the past two decades. SHF is pleased to be able to offer a program that furthers its mission, benefits WIHS and YJC, and promotes the sustainability and future of our sport.” 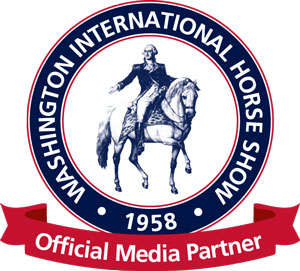 Sidelines Magazine is proud to be an Official Media Partner with the Washington International Horse Show.

SHF Enterprises, Inc. and their horses have been a part of the YJC for many years, sponsoring and promoting young horses at the regional and national level. SHF Enterprises, Inc. has been the title sponsor of the YJC East Finals at the Hampton Classic Horse Show for more than 10 years. Established in 1998 as a breeding, showing, and sales operation, SHF horses have competed at the highest national and international levels of competition in hunters and jumpers. They started working with the YJC program in the early 2000s and have seen it grow and gain prominence, with YJC graduates continuing on to international competition.

For more information on the Young Jumper Championship, please visit their website at www.youngjumpers.com or their Facebook page.

About the Washington International Horse Show, www.wihs.org
Established in 1958, the Washington International Horse Show attracts more than 20,000 spectators to the six-day show, which includes Olympic-level competition along with community and charity events. More than 500 top horses and riders come to D.C. from all over the globe to jump for nearly half a million dollars in prize money. Event highlights include the Puissance high jump competition on Military Night (Friday), the $125,000 President’s Cup Grand Prix, a World Cup qualifier (Saturday night) and Kids’ Day (Saturday), a free, fun and educational community event. 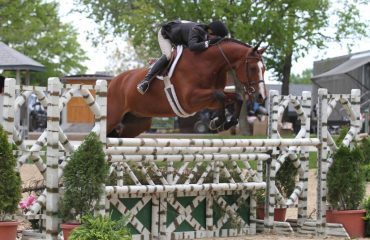