Dressage competition at the 2011 Pan American Games wrapped up on Wednesday, October 19th in the best possible fashion. After winning the first phase of the individual competition on Monday, Steffen Peters and Weltino’s Magic gave it their all during the final Freestyle. Ridden at the Prix St. George level, their freestyle earned them a record-breaking 87.3000%.

Speaking of record breaking, the United States became the first nation to ever sweep the Individual Medals in dressage at a Pan Am Games. All three U.S.  riders scored above 80% in their freestyle rides. And with Steffen Peters wearing the gold, Heather Blitz donning the silver, and Marisa Festerling clinching the bronze, it was one elated victory gallop that took flight around the dressage arena at the Guadalajara Country Club.

Follow this link for full dressage results, and bookmark this link for the complete schedule of the upcoming eventing and show jumping competition. While there is no official broadcast of the equestrian events from Mexico, a youtube video of Steffen Peters’ freestyle was posted yesterday. 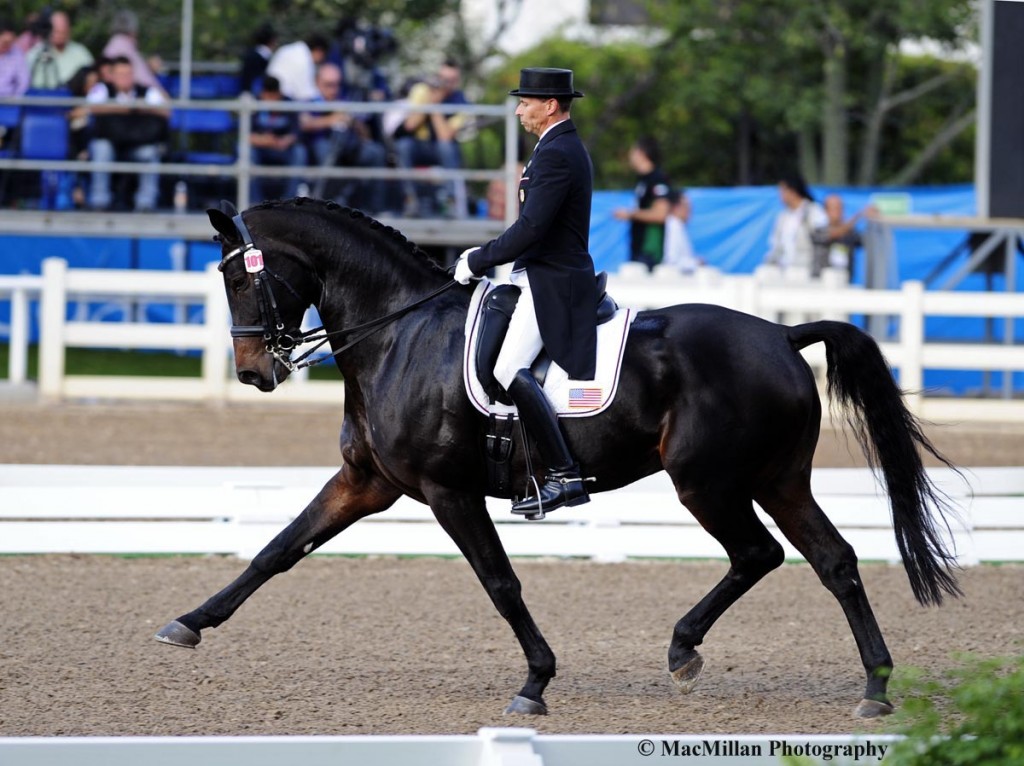 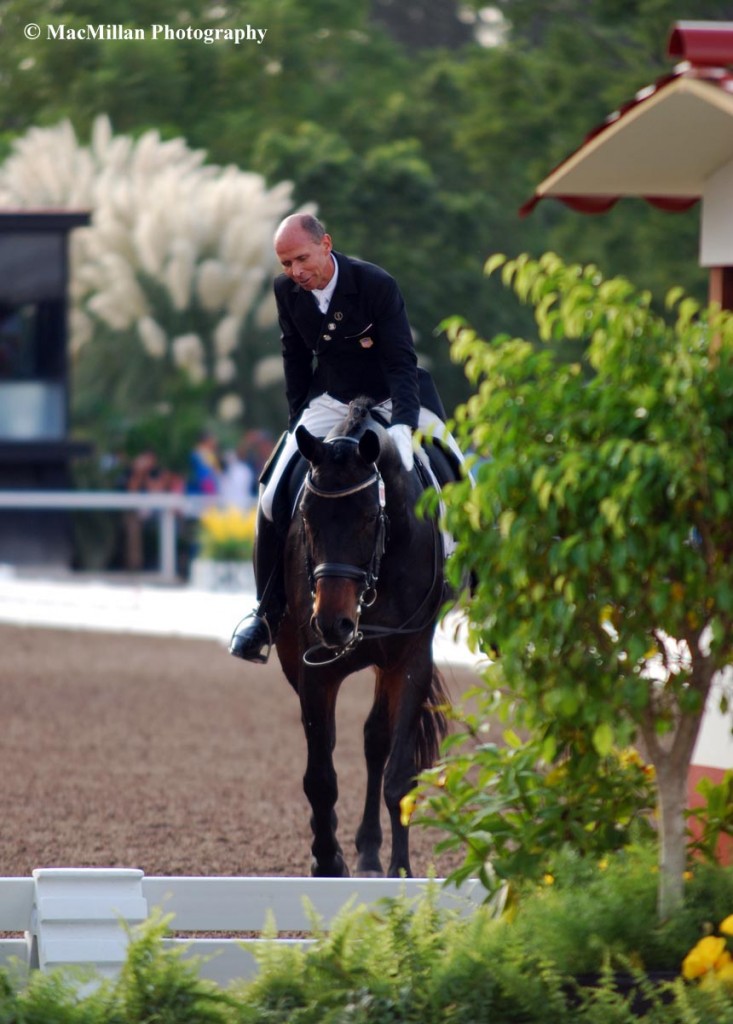 Steffen said that the 30 seconds between when he left the arena and the scores were announced felt more like three years. Photo ©DeeKochensparger/MacMillan Photography 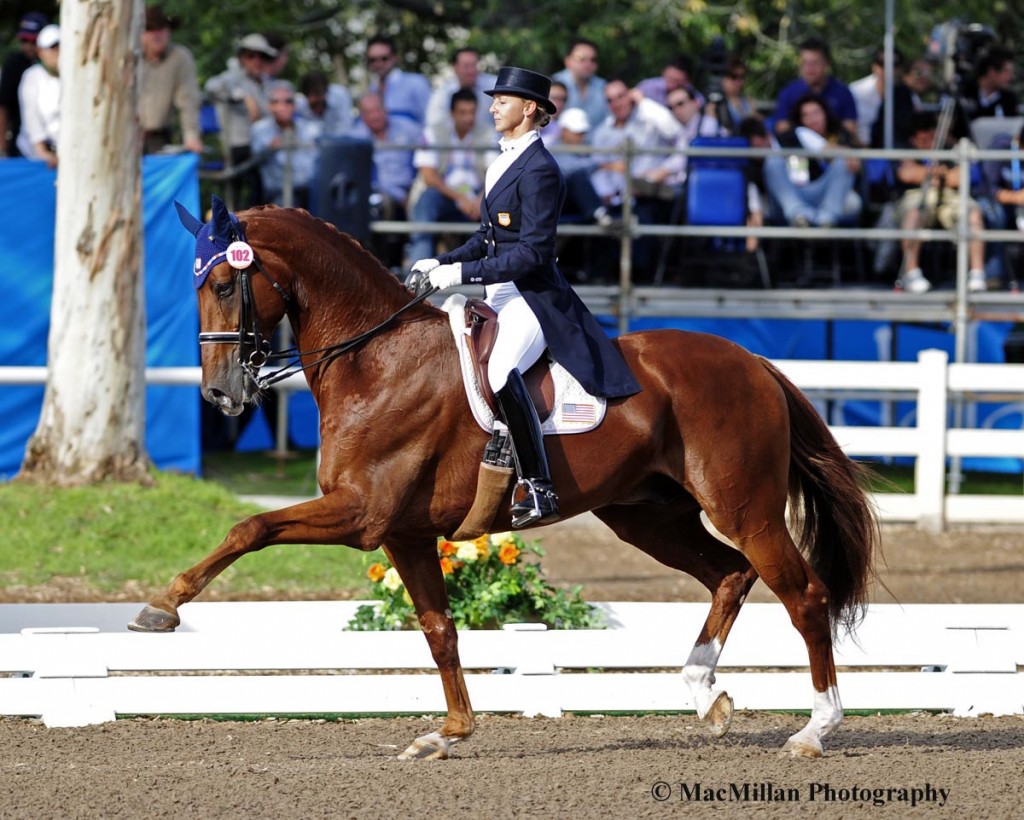 Heather Blitz and Paragon hit all their marks, and ended their silver medal winning ride with a two-day score of 81.917%. Photo©Allen MacMillan/MacMillan Photography 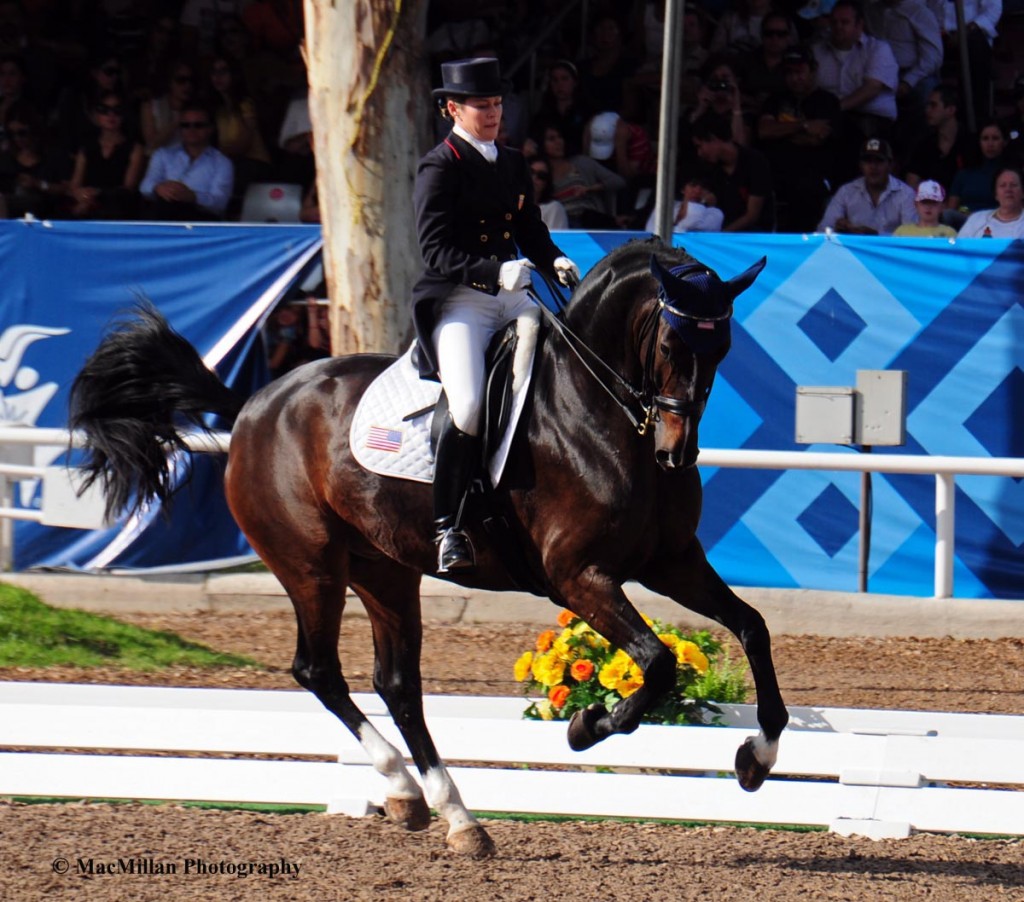 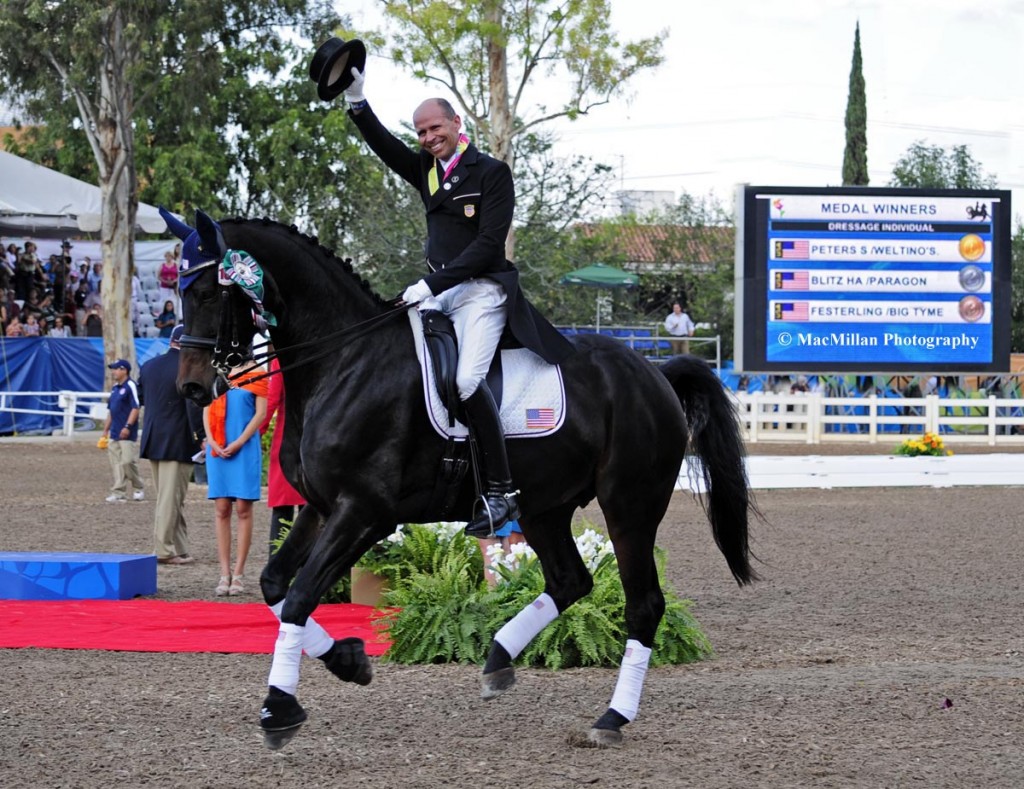 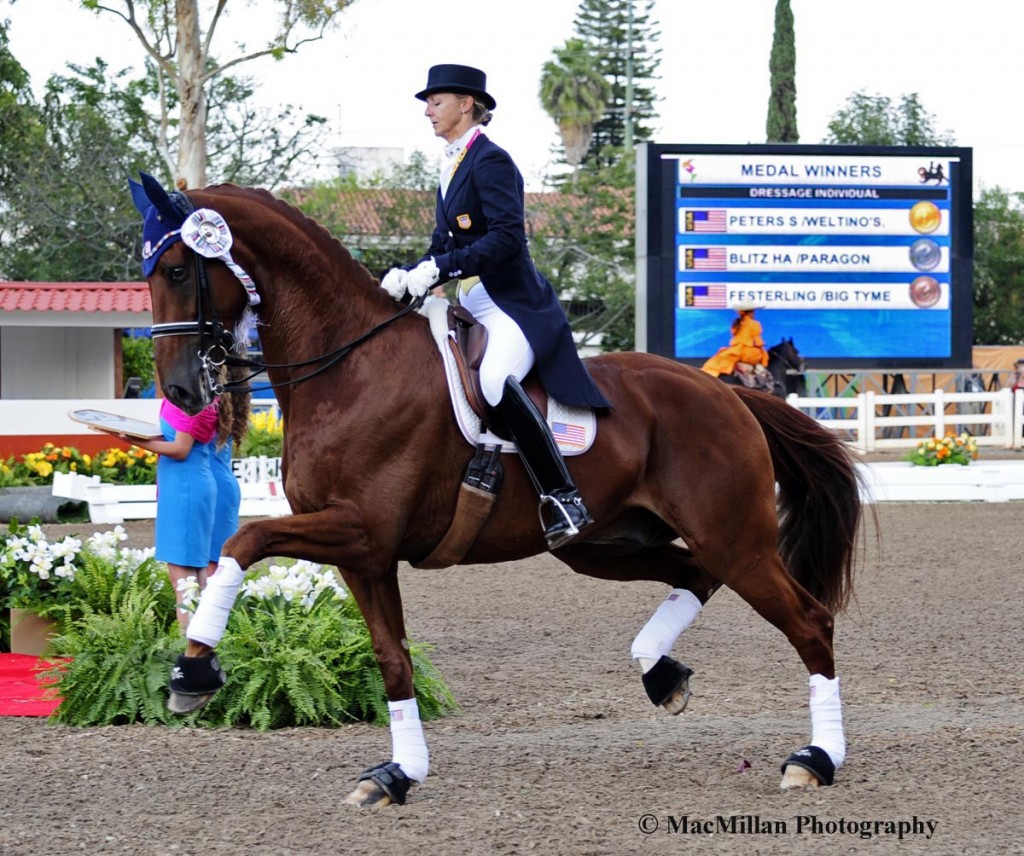 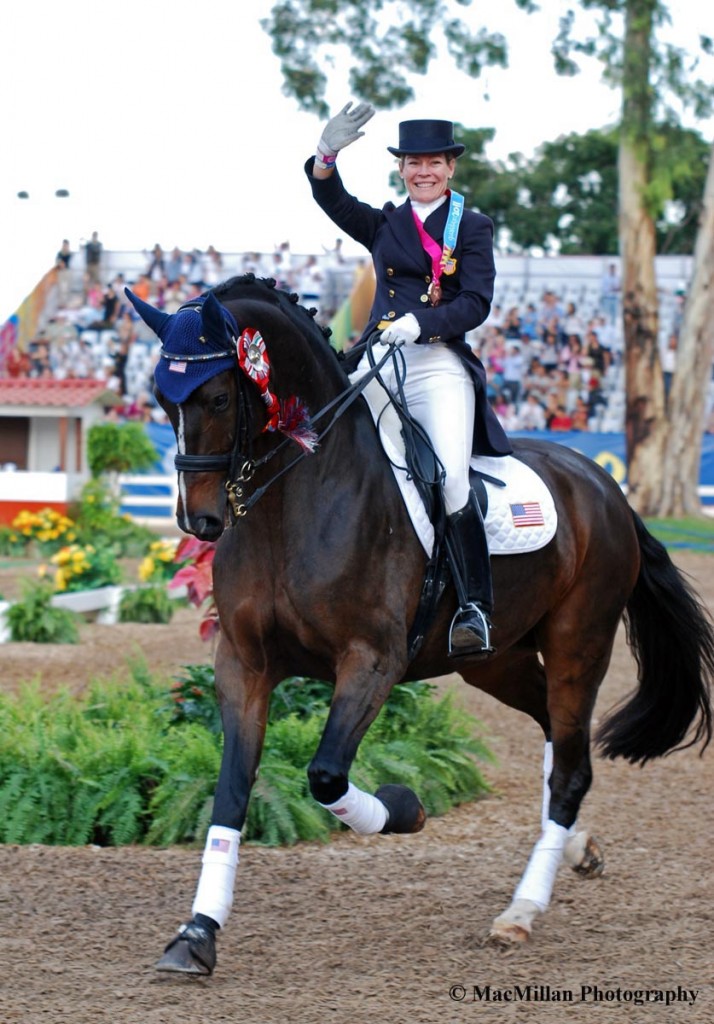 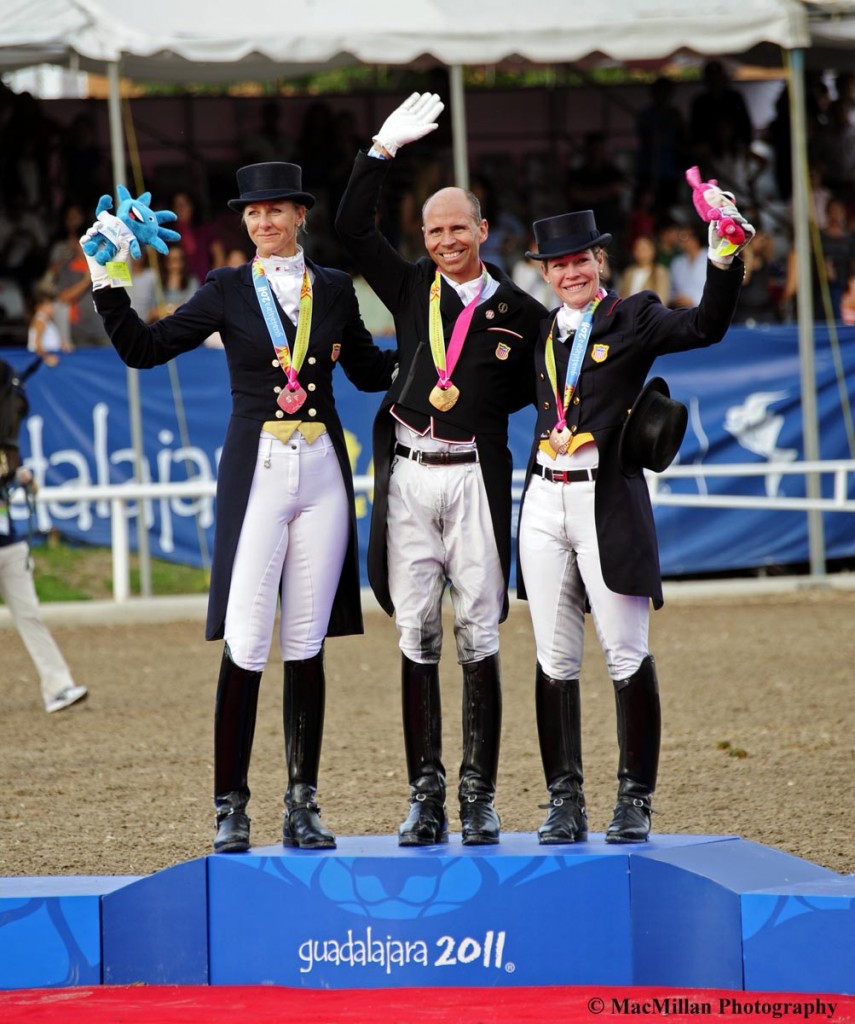 Atop the podium. Dee Kochensparger/MacMillan Photography 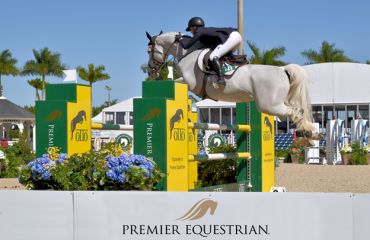