Riders aged 16 to 25, regardless of nationality, are eligible to participate in the Artisan Farms Young Rider Grand Prix Series, which provides a valuable stepping stone from the junior and amateur ranks to the grand prix level.  Featuring fences set at 1.45m, the Artisan Farms Young Rider Grand Prix Series is an opportunity for developing grand prix riders to not only gain experience jumping in a team format, but also competing in three different venues, on grass and under the lights at night, all important elements that competitors will face as their careers progress.

Riders are ranked based on the number of clear rounds they produce throughout the Series, which encourages, promotes and rewards consistency.  The top 40 riders in the overall standings will be invited to contest the $25,000 Artisan Farms Young Rider Grand Prix Semi-Final on March 7 with the top 30 riders facing off in the $50,000 CSI2* Artisan Farms Young Rider Grand Prix Final on Sunday, March 23.  The overall winning rider will receive a Bruno Delgrange saddle valued at $6,000, and will be presented with an invitation to compete at the CSI2* Chantilly Horse Show, part of the Global Champions Tour, held from July 25-27 in France.  In addition to their entry, the winner also receives two tickets to the Chantilly VIP lounge and transportation for one horse generously provided by The Dutta Corp. in association with Guido Klatte. 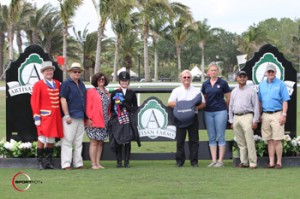 “We are thrilled to be taking the Series to another level by increasing the prize money and obtaining FEI sanctioning for the Grand Prix Final,” said Carlene Ziegler who, with her husband Andy, owns Artisan Farms.  “When we started the Series four years ago, our intent was to create a program that provided a bridge from the junior and amateur divisions to the grand prix level.  The Series offers great variety with two classes at night and one on the derby field, as well as the team competition run in a Nations’ Cup format, which is one of the few opportunities that young riders have to gain experience riding as a team member.”

In addition to valuable competition experience, participants will be exposed to various educational and professional development opportunities through “Bridging the Gap” sessions to be held on Saturday, February 1, from 12:30–1:30 p.m. and Saturday, March 8, from 12:30–1:30 p.m.  Riders will also receive guidance on how to conduct themselves with the media, and interviews with all winners will be filmed and included in the official FTI Consulting Winter Equestrian Festival press releases.  In addition, the top three riders in the overall Artisan Farms Young Riders Grand Prix Series will attend a press conference following the final event.

New for 2014 is the opportunity for one lucky participant to win a one-year sponsorship with equestrian clothing apparel company, Equiline.  Eligible riders must nominate themselves to win a combined cash and product sponsorship valued at $5,000.  The winner will be announced at the final Artisan Farms Young Riders Grand Prix Series awards presentation.

Photographs may be used one time only in relation to the above news item.
For high resolution photographs please e-mail: contactus@startinggate.ca. 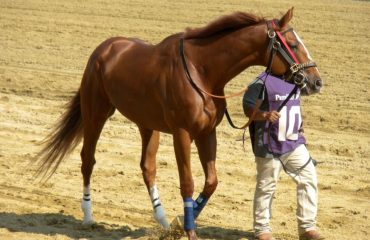 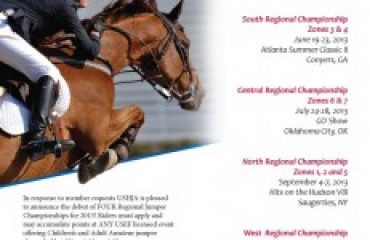