“It was just a matter of more patience and trying to stay cool,” Roldan said. “We couldn’t have been playing any worse in the beginning. Nothing was going our way.

“Slowly, but surely we started clawing back,” Roldan said. “It’s a huge win, a great win for us.

Roldan, ranked at eight goals, had six goals in the second half, four on penalty shots.

Audi and La Herradura tied at 2-1 in win-loss bracket play. Audi’s head-to-head win over La Herradura clinched the No. 1 position. The other semifinalists will be determined in Sunday games.

After a less-than-stellar first half, Audi was a different team in the second half, chipping away at La Herradura’s 8-3 lead early in the fourth chukker and wearing them down with their aggressive style of play.

La Herradura was one of only four remaining undefeated teams going into the much-anticipated contest.

It was Audi’s biggest win of the tournament against two of the game’s legends, Memo and Carlos Gracida, both former 10-goalers.

“We honestly didn’t really feel like we were down five goals from inside the field,” said Audi player-sponsor Marc Ganzi. “We felt like we had a lot of opportunities that we had missed. At halftime, we talked about winning each chukker individually.” 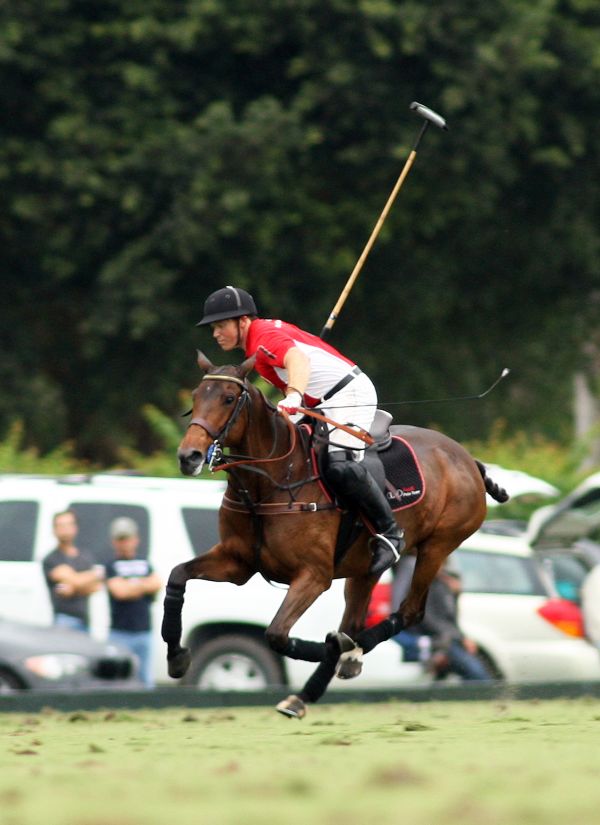 “It was not going to be anything easy today, everything had to be earned,” Ganzi said. “The field was slow, it was wet and they are legends. We had to beat two legends that come to the field very prepared with a good game plan and a ton of field intelligence.

“In the first half they were faster than us and in the second half we were a little faster,” Ganzi said. “We just felt that eventually we would wear them down and we did. It’s a great win. This is a tournament that eluded us last year.”

It was also the biggest game for Audi’s young sensation Carlitos Gracida, who played against his father Carlos and uncle Memo, for the first time in International Polo Club Palm Beach history. He scored two goals and came up with some key defensive plays in the second half.

It was Carlitos’ play despite his father closely defending in the sixth chukker that helped turn Audi’s fortunes around.

“This is the most important win of my year for sure, I needed it,” Carlitos Gracida said. “We started off kind of bad. Memo and my dad were really on and well-mounted. Their horses were fast and fresh and they turned faster. They went past me and I had to chase them. They are family so there was no elbowing, we just played polo.”

Said Ganzi, “This is a tremendous victory for Carlitos. To beat his uncle and his dad this has to be the ultimate. Look at what he did at the end of the game. He makes a huge play and we clear the ball out of danger and we win the game. He had to make the big play with his dad on his hip. How much pressure is that? I am really proud of Carlitos and the team.”

Carlos Gracida was also proud of his son’s performance.

“It’s a hard one to lose, but it’s fun to know that your son is going to be in the semifinals,” said Carlos Gracida, who finished with a team-high eight goals. Memo Gracida scored one goal. “This is an opportunity we have been working for. The only advice I gave him in the whole game was to keep his cool.”

“We have always played against each other with pride and honor and Carlitos wants to do well,” Memo Gracida said. “He played hard and clean and the best team won. Carlitos made a big difference today.”

Nic Roldan of Audi with the nearside neck shot to keep the ball in play. Photo credit Alex Pacheco.

“They came out with a bunch of powerful horses and played well,” Roldan said. “We came out a little slow and we got in the rhythm of their game and we were soft. At halftime we talked and knew we could get a lot closer if we played our game and were patient.

“Memo and Carlos are world-class players,” Roldan said. “Since I was little I always looked up to them. It’s amazing how well they still play polo. It had to be very tough for Carlitos but we said it’s something you have to forget about. I think we all started off slow in the beginning and in the end he played amazing.”

There were a few anxious moments in the opening of the sixth chukker. Audi’s Nico Pieres was riding hard chasing the ball when he toppled off his horse and rolled on his neck and right arm. He was examined by Audi trainer Jeremy Fedoruk and returned to the game.

After a season-opening loss to Orchard Hill, Roldan and his Audi teammates have found the winning chemistry.

“You win some, you lose some but I felt confident,” Roldan said. “I knew if we just stuck to our system that we would do well. We are getting better and better. Now we’re in the semifinals.”

Other Sunday games are Valiente vs. Zacara on Field 4 at 10 a.m.; Faraway vs. Lechuza Caracas on Field 3 at noon and ERG vs. Villa del Lago at 3 p.m. in the stadium game.

IPC, polo’s winter capital of the world, is celebrating its tenth anniversary with four 20-goal tournaments and three 26-goal tournaments including the 109th annual Maserati U.S. Open. Audi and Piaget will compete in every tournament. 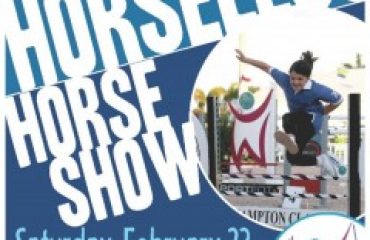 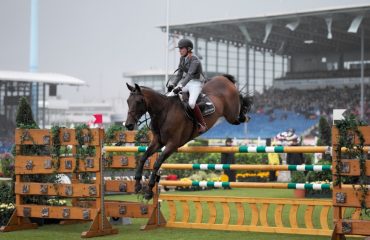 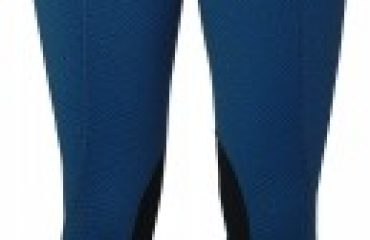