BURBANK, CA –The 2012 Mid-Winter Dressage Fair CDI-W/Y/J, which begins Thursday, February 23 in Burbank, CA and continues through Sunday, February 26, is the first West Coast qualifying competition for the 2012 Olympic Games Dressage Team Selection Trials and will provide a glimpse of some of the country’s most exciting new horse and rider combinations. 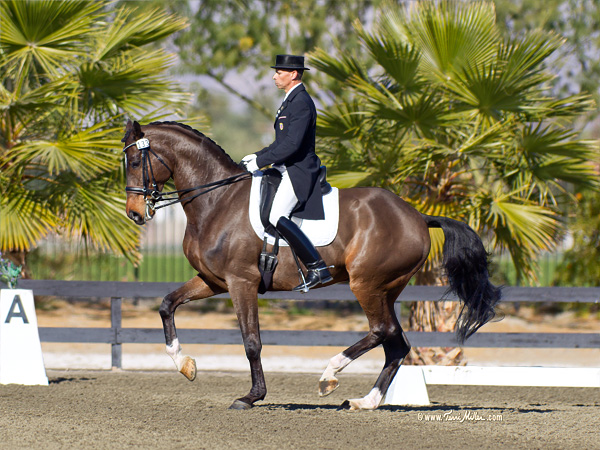 An international field of ten horses and riders will contest the CDI Grand Prix division, headlined by American dressage superstar and Olympian Steffen Peters with his spectacular new partner, “Legolas.”  In only their second show together, Peters is bringing Akiko Yamazaki’s ten-year-old Westfalen gelding to the Mid-Winter Dressage Fair for their FEI competition debut and the pursuit of crucial qualifying scores to hopefully join his famous stablemate “Ravel” in consideration for an invitation to London.   Additionally, fellow Olympian Guenter Seidel will present his new mount, Toyon Farm’s “Fandango”, but will be competing for top honors against his famous 2009 World Cup Finals “Phantom of the Opera” Pas de Deux partner Elizabeth Ball and “Orion”, as well as perennial favorites Kathleen Raine with “Breanna”; Canada’s Lindsey Stroh riding “Lancelot”; Yvonne Losos de Muñiz and “Liebling II” representing the Dominican Republic; and Jan Ebeling with “Rafalca”, who represented the USA at last year’s Reem Acra/FEI World Cup Dressage Finals.

In the small tour, Steffen Peters will present his latest young prospect “Sundance 8”, and will be joined by David Blake riding the exciting stallion “Royal Prinz”, Guenter Seidel with new mount “Feodora”, and Jan Ebeling with “Rosenzauber 8”, as well as highly successful combinations Kim Elsner on “Luminence,” Rebecca Rigdon riding “Solei”, and “Tristan” with Charlotte Jorst.

Competitors attending the Mid-Winter Dressage Fair will experience a whole new look to the Los Angeles Equestrian Center, as hi-tech and horse-friendly Olympic Mix footing has been installed in the outside large oval ring, including the warm-up area.  Regardless of weather, horses will be able to show off the best of their abilities in this soft, stable, non-slip footing, which is the same high-tech formula used at such prestigious events as the World Cup Finals and the Olympic Games.  Officiating for this High Performance competition will be Jean-Michele Roudier (5*) of France, who will serve as a member of the ground jury for this summer’s Olympic Games.  Roudier will be joined by esteemed judges Linda Zang (5* USA), Cara Whitham (5* CAN), Eddy de Wolff (4* NED), Jayne Ayers (4* USA), and Brenda Minor (4* CAN).

A new feature at the Mid-Winter Dressage Fair will be five “team challenges”, adding a new element of competition and excitement for all levels of riders.  The $750 CDI Challenge and $500 Freestyle Challenge will pair riders from the CDI Grand Prix and Prix St. Georges/Intermediaire I divisions, while open show competitors will vie for additional prize money in the Pro-Am Upper Level Challenge (Third and Fourth Levels); Pro-Am Lower Level Challenge (First and Second Levels); and the All Amateur Training Level Challenge.  In addition, this competition will serve as an early-season qualifier for the Collecting Gaits Farm/USEF Festival of Champions (Pony Rider, Junior, Young Rider, Brentina Cup, and Intermediaire I divisions);  NAJYRC;  Markel/USEF Young Horse Dressage Program; and the USEF Developing Horse division (sponsored by Dutta & PSI).

Spectator admission to the Mid-Winter Dressage Fair is free.  For a complete time schedule, results, and press releases for each day of competition, visitwww.cornerstonedressage.com.  Dressage fans unable to attend the show in person will now be able to view video highlights on Cornerstone’s designated YouTube channel, available at this link: http://www.youtube.com/user/DressageCornerstone/videos. 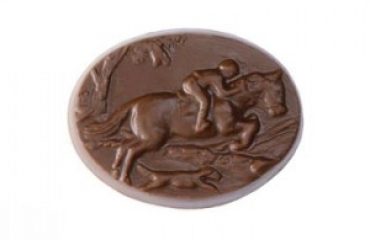 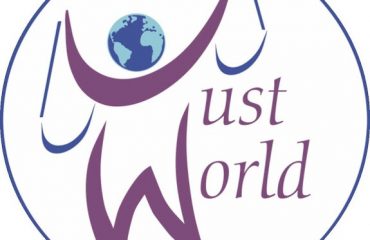 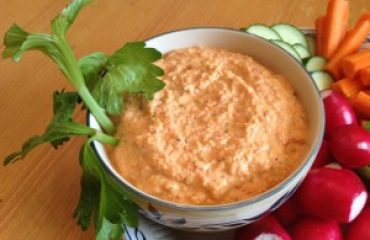