With September around the corner I am reminded of two things a) the mounting pile of biology homework I am to complete and b) the approaching championship. I am still waiting for my official invitation letter from USHJA, but am hopeful that it should arrive soon. Here, typing this article in the cooling artificial breeze of a portable fan, I am reminded how lucky I am to be at this point in my riding career.

I started on the A circuit in 2009 on my trainer David Sterckx’s young mare, East America DB. “Meri” was the horse I learned to sit a buck. She was beautiful and I hoped that one day I’d find a horse just like her. Sadly, as the story goes she was for sale and sell she did. 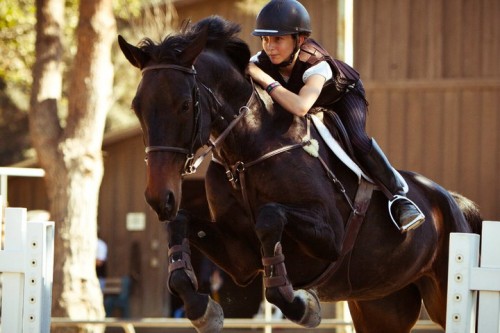 Shortly though I bought my first show horse, Perfect Gentleman (a.k.a. Johnny). Suffice to say that it was shocking to see me race around on a 17.2 hand Warmblood beast. My petite-ness, I was after all only 10, made it all the more startling. I first met Johnny when I was catch riding down at the barn. He was then a 17 year old ex-show horse turned riding school packer, notorious for his laziness. And I, being a known pony whisperer, was asked to help fix the problem. So, with a crop and spurs and a lot of leg I got him moving. Then something really amazing happened. We realized Johnny changed when he started working again. The horse who had tricked everyone into believing he was just an old lug with not much to offer was clearing 1.30M fences. We bought him a week later and within days he was on a trailer to HITS Thermal. 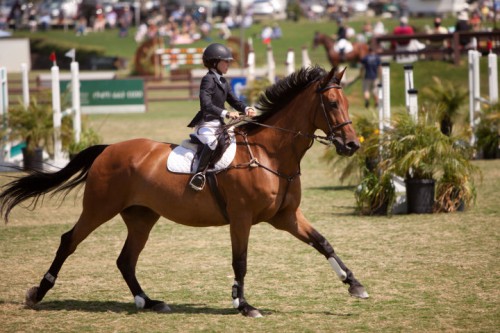 For over a year we were tearing it up at the shows and snagging a couple of championships along the way. We became best friends. I had given him a job and he had given me the shows. My mother still says that the reason we worked so well together was because I have the magic touch when it comes to naughty horses. Honestly, I think it was probably just all the cups of apple-cinnamon oatmeal I fed him. To this day, I think the thing people most remember about Johnny was how much he really loved his job and being at the show. We went on to claim 5th in the 2010 USHJA Zone 10 Horse of the Year Awards in the Low Children’s Jumper division. 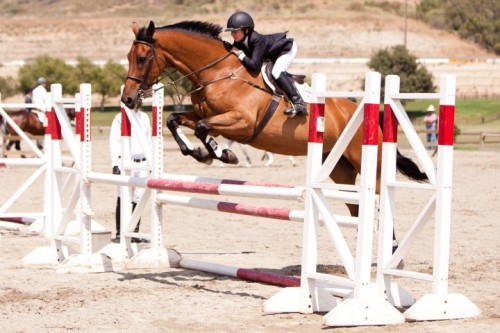 Concerns over his hock soreness and age caused us to officially retire our Perfect Gentleman. After looking at multiple therapeutic riding programs and being rejected on account of the aforementioned hock issues, we began looking at private places to retire him knowing that the expense might be too much to handle. The expense of retiring a horse would probably take any additional money we had out of funds available to show. But Johnny’s happiness had to come first.

By May of 2011 the windows of opportunity for Johnny’s happy retirement seemed to be closing and I was thrust again into that awkward space between horses. Enter Stephen and Amy, boarders at our barn on their way to life on a ranch in Michigan. Amy had a “Hers” horse but Stephen had no “His” horse. After a couple of weeks to get to know Johnny (and of course fall in love with him) they said they would take him to Michigan and treat him like a king. He currently lives a life of luxury as the largest trail horse in Northern Michigan. Life is very good for Johnny. Stephen and Amy are my heroes.

Just a few weeks before Johnny’s grand send-off, I’d gone to try a horse for what I supposed would be for another girl at the barn. The horse was bay, standing at what I estimated to be around 16hh. He had a way of carrying himself that made him look much bigger though. His name was Sjapoo. Riding this new horse was very different from riding Johnny – the dials were more sensitive and there was an explicit need for accuracy. We jumped around a bit. When David asked me how I liked him I rattled off praises enthusiastically, it becoming clear that the horse was actually intended for me. I went home that night with a smile super glued to my mouth. Was this the horse that could take me to the higher levels? 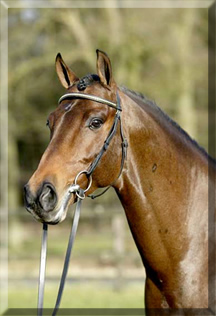 Even then though, David knew the transition from the style of riding I had assumed with Johnny to the more complex, precision-driven style I’d have to develop on Sjapoo would be very difficult. After an intense discussion with my family in a booth at our neighborhood pancake house we decided that in order for me to move forward, we’d have to adapt. My family has made tremendous sacrifices for me to pursue my dreams in this sport. And for that I am so grateful.

Now, after two years with Sjapoo I can’t even believe how far we have come. I’ve had to learn to be patient, reassuring and supportive with Sjapoo. I’ve needed to ride my rounds with ease and sense rather than brawn and blaze. I had to make him my friend. We had to trust each other. David said to me “If you really want to go higher you must change how you ride. No grand prix rider worth two cents would ride the high fences like that. You must begin thinking.”  And so, over the last year I have been reeducated, retooled and been forced to relax my mind, attitude and compulsion to win in favor of getting the ride right. 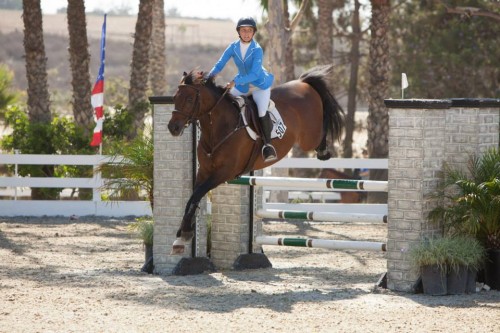 At one point, I was so frustrated with all of the change and of course not seeing the results immediately that I wasn’t sure I wanted to keep riding! As David was talking me off the ledge he said, “There will be many more difficult days than great ones in this sport.” That idea put into perspective that struggle and change is normal in competitive riding, not unique. It was up to me to decide to push through or give up. Standing where I am today I could not be more grateful for those words. 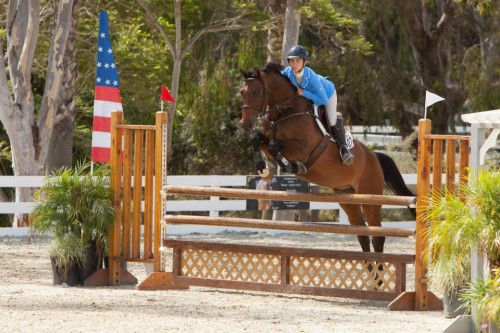 Sjpaoo and Sophie St.Clair at the Huntington Beach Surf Classic

I could never have anticipated how much change I would confront at the time we bought Sjapoo. Looking back I was clueless but seeing how far I have come with him is unbelievable. I still have many, many things to work on with my technique and horsemanship but I have accepted that it’s a process. A long one. A life long one.

My journey to this place in my career has not been easy. As I wait to hear if I am invited to compete I am working very hard to stay mentally and physically relaxed and to stick with the program that has been working for us in the past several weeks. We are contenders but by no means are we ringers. Consistency and communication will be our challenge. Only time will tell. 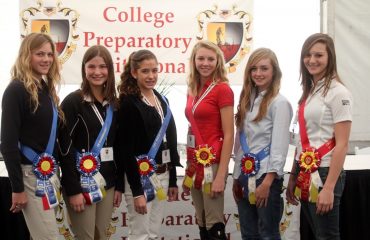 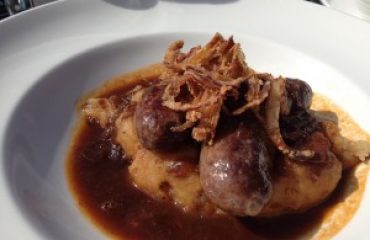