Leipzig, Germany – A strong field of 15 riders from nine nations contested Saturday evening’s Grand Prix Freestyle, to bring the Reem Acra FEI World Cup Dressage Final to a close. There were three nations that qualified three riders each for tonight’s class; the United States, The Netherlands and Germany. America’s Catherine Haddad-Staller, Shawna Harding and Jan Ebeling performed up-tempo freestyles in front of a large audience in Hall One of the Leipzig Exhibition Center.

Haddad-Staller (Vechta, Germany) and her own Winyamaro started the evening’s competition with an impressive freestyle. The music selection played up the Hanoverian gelding’s expressive gaits and allowed for his character to shine through. Highlights of Haddad-Staller’s test included expressive lateral work and her one-handed canter extension. The pair rode to a score of 70.161% and finished the Grand Prix Freestyle in 12th place.

Fellow American, Shawna Harding, followed Haddad-Staller into the ring with an equally fun ride, scoring 67.625%. Harding (Aiken, SC) and her own Come On III started their test with a high degree of difficulty by performing tempi-changes upon her entrance on the centerline. Come On III was more relaxed in his extended walk tonight than he was during Thursday’s Grand Prix test and had beautiful half-passes in both the trot and canter. This pair ended their test with an exclamation point by finishing completely in sync with their music. Harding and Come On III finished in 14th place. 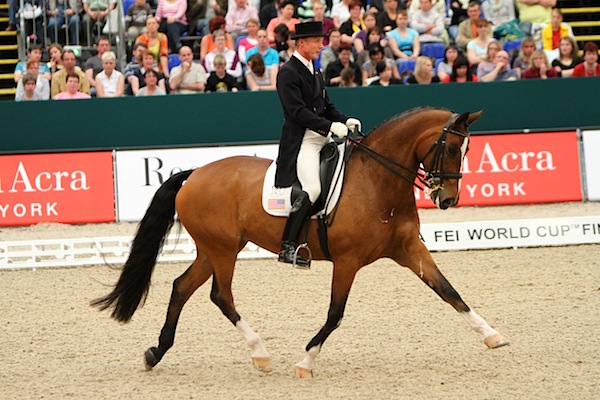 Jan Ebeling of Moorpark, CA and Ann Romney’s Rafalca followed up their strong performance in the Grand Prix test with another highlight in the Freestyle. From the very beginning, this pair was out to impress with a technically challenging first section. Their music was set to the soundtrack of the 1986 Robert De Niro movie “The Mission” and suited their choreography perfectly. Throughout their powerful trot work, Ebeling and Rafalca stayed perfectly in step with the music, helping them to earn a 72.589%. The pair completed the Grand Prix Freestyle in 11th place.

Ebeling could not have been more pleased with the Oldenburg mare tonight and found the experience riding for the U.S. in the Reem Acra FEI World Cup Dressage Final extremely valuable.

Adelinde Cornelissen and Jerich Parzival of The Netherlands were the victors in tonight’s Grand Prix Freestyle with a score of 84.804.

– By Helen Murray for USEF

Details about the Finals are available at http://www.engarde.de/events/index.php?eventID=65. 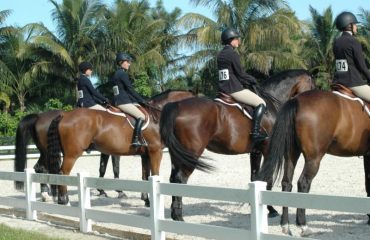 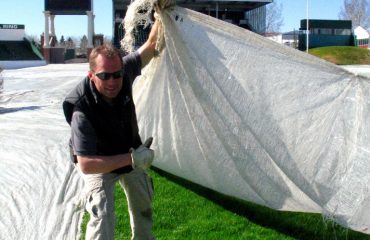