Wellington, FL-March 8, 2012- The night was filled with surprises as the fourth week of Dressage Under the Stars got underway at the Palm Beach Polo and Hunt Club. The skies opened with torrents of rain; however, the riders were not fazed as they continued to perform and impress the panel of judges, and the crowds were not deterred as the stands were nearly filled to capacity. Jennifer Baumert, the winner of last week’s dressage event, emerged victorious once more as she and her mount Don Principe earned straight 10’s from the judges and the first perfect score of the season.

Last week, Baumert, a USDF Bronze, Silver and Gold medalist, exhibited a 10-year-old Hanoverian adorned in a red bandana as she performed tempis to Johnny River’s “Dang Me” and canter pirouettes to Roger Miller’s “England Swings.” The cheer that erupted from the crowd was mimicked again last night as Baumert took center stage and stole the show aboard Don Principe. The pair was decked out in blue glitter and not a inch without a touch of pizzazz as their costume reflected the dazzling lights to another country/electronic performance. 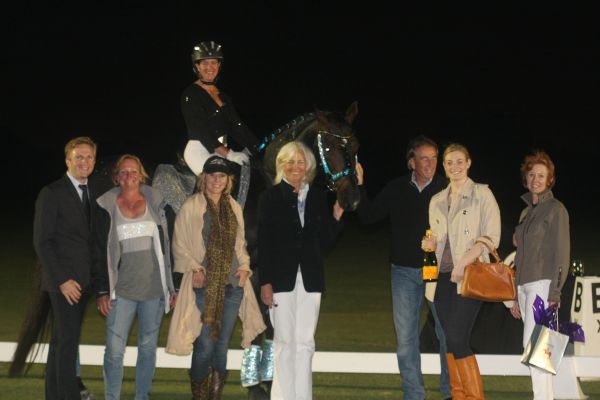 “It went so well, because he is so great at performing,” Baumert explained. “He loves this sort of thing, and the more noise and excitement the better. He actually performed earlier at the Equine Affair in West Springfield, and it was even darker, with spotlights and a large crowd, so I would say that was great preparation for tonight.”

The duo was the second to enter the ring, following just behind the Christina Aguilera look-a-like, Nikki Levy. The audience was captivated as Levy’s horse, Oahu, demonstrated technically beautiful piaffes while decorated with twinkle lights, portraying the “Candy Man”. The pair earned two nines and a 10 from the judges, thought at first to be the top contender. But it was Baumert’s experience and technical proficiency that caught the judges’ eyes. 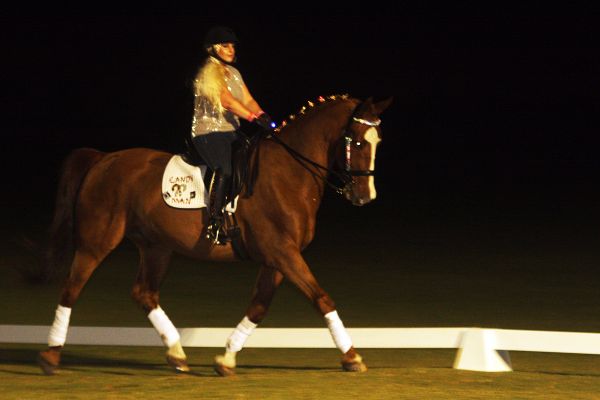 “He is honestly a perfect horse to ride, and you can put anyone on him,” Baumert described. “He lights up right away and does his job. I certainly think his beauty and my costume lent a lot to the performance but from a dressage perspective he did everything technically well.”

Baumert’s win made history for the Dressage Under the Stars series-winning two weeks in a row, as well as earning straight 10’s across the board. Each rider is allowed to compete more than once as long as they show with a different mount. “I am so glad that I have had the chance to ride last week as well; it certainly made me more excited for tonight. The perfect 30 was so flattering and I was so proud of him, especially at that moment,” she expressed.

The anticipation was tangible as the last rider, Kelly Layne and Don Royale, entered the ring to Moulin Rouge’s “Lady Marmalade.” The Oldenberg was bedecked with a tiara while Layne wore a black and white costume glistening with sequins. The pair’s beautiful extensions down the diagonal earned them an 8, 9 and 10 from the judges, completing their routine “Diamonds Are a Girls Best Friend” and consecutive pirouettes. 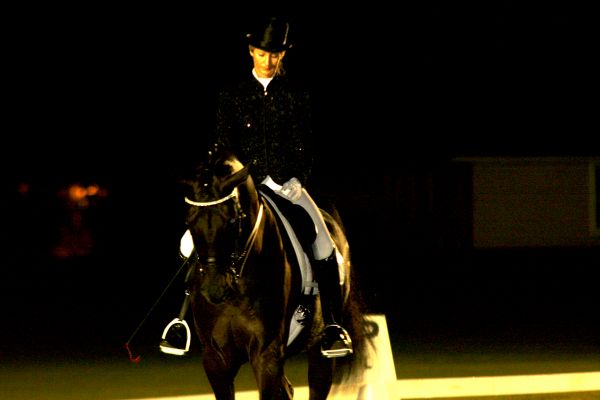 The judging panel of Silke Rembacz, rider Susie Dutta and Sidelines magazine publisher Samantha Charles rewarded each of the riders with high scores. They were impressed not only by their costume, routine, music and talent, but also by the mere fact that they insisted the show must go on when the rain tried to assuage them. HorseGirlTV® presented the riders and judges with the participant gift bags, coming on as Dressage Under the Stars prize sponsor. HorseGirlTV® is an award-winning, forward-thinking online series focusing on the positive aspects of the equine industry. They create unique, quality, equine entertainment for the wired generation. 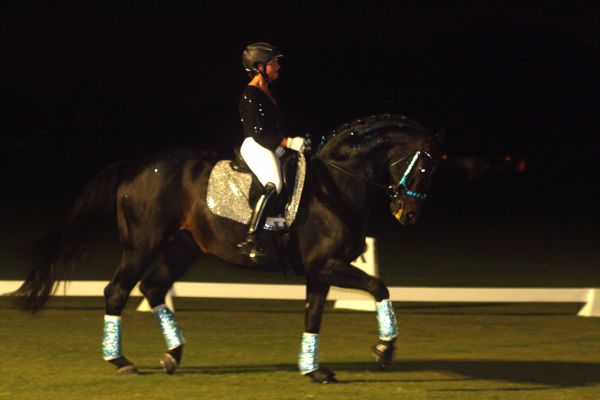 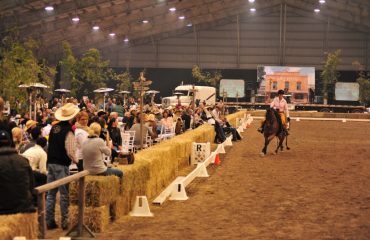 Sidelines Tetrathlon Presented By FarmVet Raises More Than $100,000 To Help Those in Need 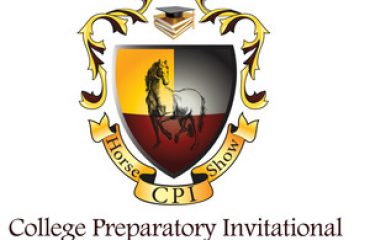 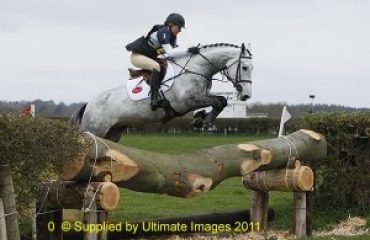