Lexington, KY – All 84 horses presented at the first Horse Inspection at the 2011 Mitsubishi Motors Badminton Horse Trials were accepted by the Ground Jury without incident. This includes three American horses: Mandiba, BallyNoe Castle RM and The Good Witch.

With their riders, Karen O’Connor, who contested her first Badminton in 1979, Buck Davidson, whose father Bruce was the first U.S. winner in 1995 and Jennifer Wooten-DaFoe who looks to cross Badminton off the list of CCI4*s to complete with her diminutive mare – these horses are trying to do something that has only been done twice before by Americans:

Karen O’Connor and Mandiba are the most experienced combination having represented the U.S. at both the 2008 Olympic Games and as part of the Land Rover U.S. Eventing Team at the 2010 Alltech FEI World Equestrian Games. O’Connor’s husband David was the second U.S. rider to win the prestigious event, when he took the honor with Custom Made in 1997.

“Mandiba is in great form,” said O’Connor of the 12-year-old Irish Sport Horse. “He has never had a better run up to a CCI4*. He’s fit, he’s well, he’s sound and he is ready and I am really excited about the weekend. It’s all out there for me to give this horse the chance he deserves.”

O’Connor finished 10th at Badminton on March Brown in 1979 and this will be her 10th start at the event.

“I feel like the American horses are prepared better than ever,” said O’Connor. “I don’t know what will happen on Sunday but I can say that we are closing the gap between what we are doing in North America and the British CCI4*s. I remember coming here before and thinking, ‘what am I doing here?’ after walking the course. I feel like our horses have seen these questions before and we are as close as we’ve ever been. It’s a tribute to the course designers in this country.”

All three U.S. horses drew Saturday dressage times and Davidson leads off for the Land Rover U.S. Eventing Team. BallyNoe Castle RM – the excellent jumper and a four-star veteran at just 11 years old went to Europe off a confident finish at the Fork Horse Trials in the beginning of April.

The 2011 event runs over Easter Holiday weekend, so for the first time, the schedule has been amended so that the final phase, the show jumping, takes place on Monday.

Complete details are available on the Badminton site: http://www.badminton-horse.co.uk/ and photos from the jog can be found here: http://useventing.com/blog/?p=15504.

Badminton also marks the first leg of the Rolex Grand Slam, an achievement worth $350,000 to any rider who can win Badminton, Burghley and Rolex Kentucky CCI4*s in succession.

It also kicks of the HSBC Classic Series for 2011 – information about this series is available here:

By Joanie Morris for USEF 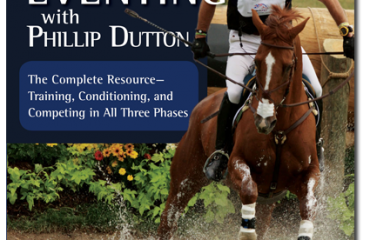 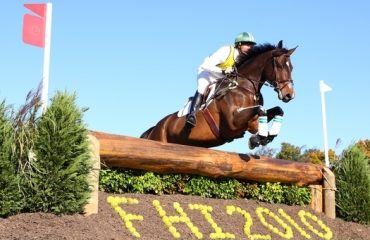 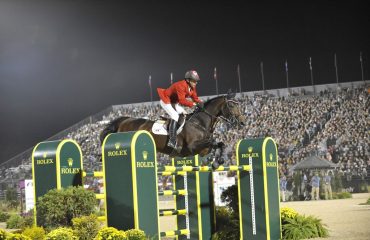 Eric Lamaze & John Fleischhacker Are FEI Owners of the Year