Lexington, KY -­ The last day of the 2011 United States Equestrian Federation Pony Finals National Championships began bright and early with exciting competition in the Covered Arena at the Kentucky Horse Park. The EquiSport Insurance/USEF Pony Medal Finals brought the 2011 Pony Finals to an end. Leading the class from beginning to end with a solid two rounds over fences was Madison Goetzmann and Denmark to garner the championship prize.

The top 20 riders returned for the second round including nine medium ponies, four small ponies, and seven large ponies. Today’s courses were designed by Bobby Murphy and consisted of short lines, rollbacks, a halt, and a trot jump. Goetzmann was at the top of the order for today’s second round and executed another flawless trip making the lines look easy. Goetzmann of Skaneateles, NY, and Denmark proved to be unbeatable, eventually earning them the Easter Sunday Memorial Trophy donated by Catherine A. Kaiser and Jennifer T. Pesko. Katherine Strauss of Southampton, NY, and Sumerland were originally ranked tenth during their first course; however, with an exceptional second round they earned the reserve championship honors. Lucy Deslauriers of New York, NY, and Macy Grey were ranked eighth coming into the second round and earned the third place honors after an impressive round. 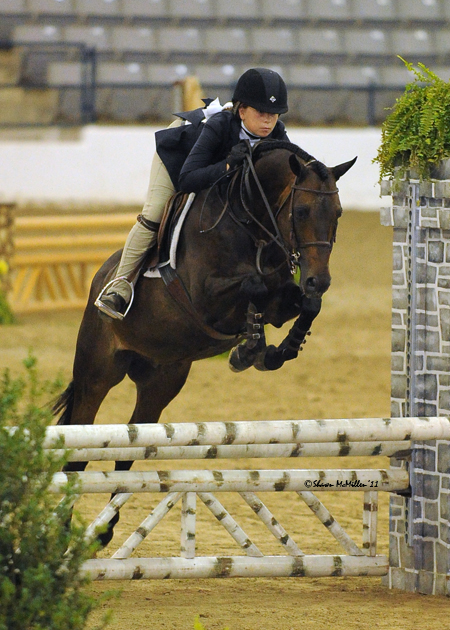 Eleven-year-old Goetzmann has been riding Denmark for four years and this is her fourth Pony Finals competition. “He’s amazing, I was very excited,” she smiled. “I was definitely prepared and we have been practicing a lot. Patricia [Griffith] never lets me go to shows unprepared.”

Goetzmann’s trainer, Patricia Griffith of Heritage Farm, added, “The course looked easier than it rode. I knew she could do it, because she has ridden much harder courses. Whenever you need this pony, he is usually there. At Heritage Farm we really try to have no stone left unturned as far as preparation. What I do well, or I hope I do well, is try to teach them how to think for themselves and figure out how to get it done with out me helping them all the time.”  The judges were confident with their decision after the second round and the riders were not asked to return for a test phase. At the end of the day, Goetzman was named the 2011 EquiSport Insurance/USEF Pony Medal Winner aboard Denmark, while Strauss and Sumerland earned the reserve championship honors. Taking home third place honors was Deslauriers and Macy Grey, who performed excellent rounds during both phases of today’s event.

“I like Sumerland because of his stride and he landed on all of the leads and was really brave, he was perfect,” said Strauss. “I knew there was a really open two-stride but because Sumerland has such a big stride he was able to get down it. He also is so adjustable that I was able to halt afterwards easily. This is my last Pony Finals ever and honestly I was just happy to make it into the top five with a pony I had just started riding. Pony Finals is the right way to end it.”

Today marked the conclusion of 2011 USEF Pony Finals. Next week’s competition will begin on Wednesday at the Kentucky Horse Park for the Bluegrass Festival Horse Show. This exciting event will feature the $100,000 USHJA International Hunter Derby, the $25,000 CSIW Hagyard Lexington Classic World Cup Qualifier, and the $40,000 Bluegrass Festival Grand Prix.

For more information about the 2011 USEF Pony Finals, visit 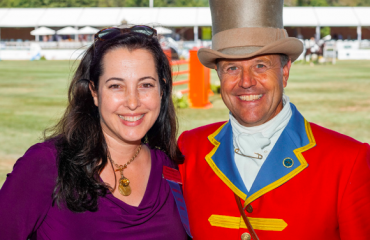 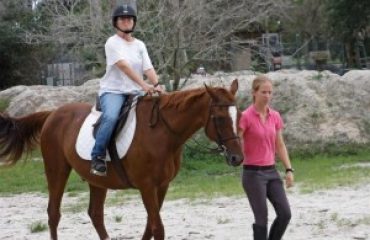 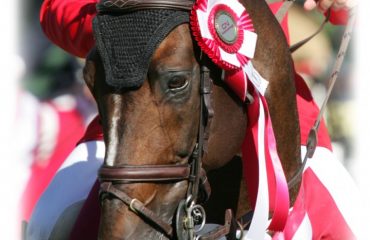