Wagener, SC  – 2013 was a good year for Francisco José García Ibañez, resident trainer and rider at Half Moon Dressage Center in Wagener, SC.  He earned both his USDF Silver Medal and USDF Gold Medal on just two PRE (Spanish) horses in one season. He also swept the state dressage association awards. 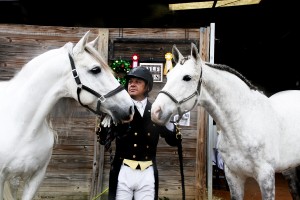 He rode to the Silver Medal on Enebro XIV, a 7 year old PRE gelding owned by Lee Burton of St. Simons Island, GA at Fourth Level and Prix St. Georges.  His first qualifying tests in Intermediare II for the Gold were last year on Tomillo VII, a 13 year old PRE Qualified stallion owned by Jim and Dori Derr of Half Moon Dressage Center in Wagener.  In 2013 he capped it off with additional Intermediare and Grand Prix winning scores.

In Year-End Awards for the South Carolina Dressage and Combined Training Association, Sr. Garcia was Number One on Tomillo VII in Intermediare I and II, and in Grand Prix; he and Tomi also took High Score in Grand Prix Musical Freestyle.  On Lee Burton’s Enebro XIV the pair placed First for the year in both Fourth Level and Prix St. Georges.

Sr. Garcia is one of only a few professional equestrians to have earned the elite Master/Rider/Specialist status at the Royal Andalusian School of Equestrian Art in Jerez, Spain. He has been the resident trainer at Half Moon Dressage Center for the past year and a half.  He accepts outside horses for full training and is available for clinics. Call Ms. Derr at 803-564-6919.

Francisco García was featured in the September 2012 issue of SIDELINES Magazine. 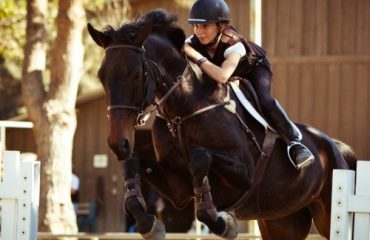 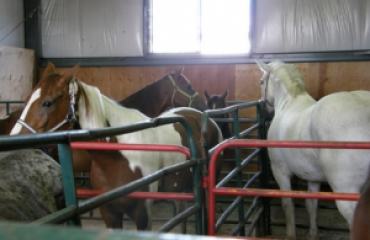