BURBANK, CA – Canadian dressage riders made themselves at home at the Dressage at Woodside CDI*/Y/J in Woodside, CA, May 19 – 22, 2011, dominating the small tour and earning moving one step closer to their Pan American Games dreams.  As a valuable qualifier for the Northern California region, horses and riders competed for coveted qualifying scores from judges Axel Steiner (FEI 5* USA), Hilda Gurney (FEI 4* USA), and Brenda Minor (FEI 4*CAN).  Despite ongoing concerns with a recent EHV-1 outbreak among cutting horses in the western United States, organizers worked with state officials to closely monitor and make the best of a difficult situation.  “The initial upheaval resulting from a large number of scratches was handled extremely well by management,” noted Steiner.  “Revised class schedules were published in a timely manner and the show ran very smoothly for the three days.” 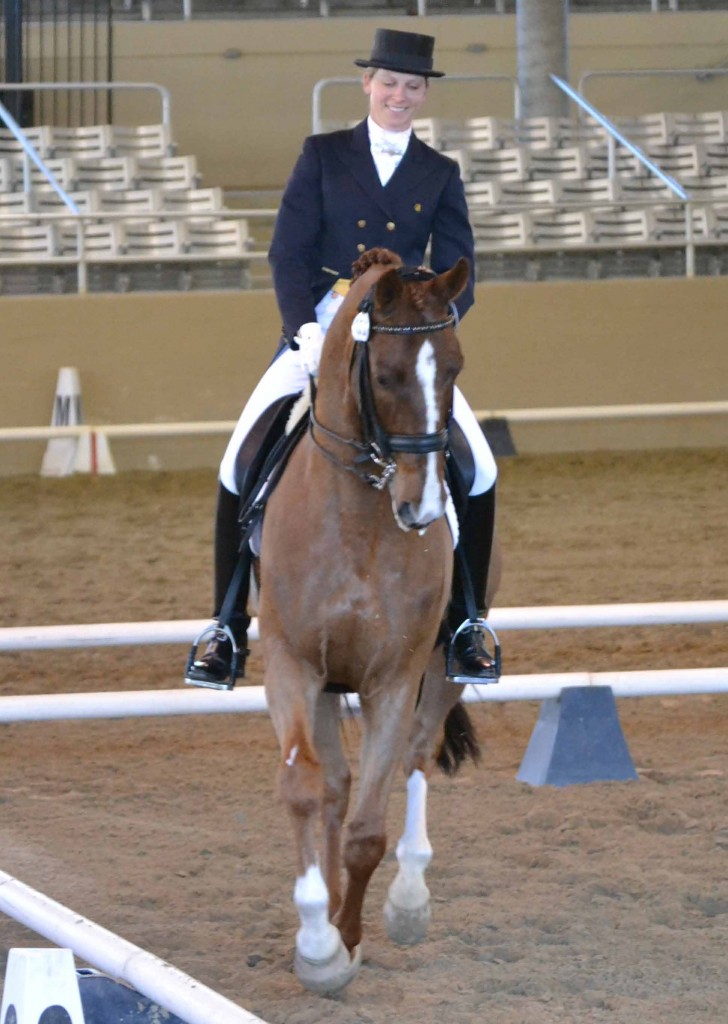 Dominique Culham Buckland of British Columbia has spent the first five months of 2011 competing up and down the California coast with Denise Turner’s 11-year-old Dutch Warmblood gelding, “Utango DG” (Contango x Jagermeester) in her quest to earn required qualifying scores for consideration for the Canadian Pan Am Team.  After solid placings at Burbank in February, Del Mar in March, and Rancho Murieta in April, it finally was Buckland’s time to shine in the small tour at Woodside, earning wins in both the Prix St. Georges Test (67.456%) and the Intermediaire I (68.772%), and reserve in the Freestyle (68.167%).  Placing second in the Prix St. Georges was Rochelle Kilberg (CAN) and “Rudy”, earning 66.930%, while fellow Canadian rider Lindsay Seidel-Wassenaar rode “Oslo” to second place in the Intermediaire I (67.456%) and claimed the win in the Freestyle with a score of 70.667%.  “These Canadian riders impressed us with excellent seats and good horsemanship,” noted FEI judge Axel Steiner (5* USA).  “While Buckland was slightly ahead in the first two tests on her powerful mount Utango DG, Seidel-Wassenaar turned the table in the Freestyle with a creative test to very fitting music. I wish these riders much luck in their quest to make the Canadian Pan Am Team.”

Markel/Cornerstone High Point Winners were presented in four divisions.  In the FEI ranks, Christine Rivlin and “Vento” were presented with the champion’s dress sheet, while in the Open division Vicky Stashuk-Matisi rode “Springfield” to the win.  For Adult Amateurs, Melissa Hollatz with “Ruby Music” claimed the title, and  Leah Myers and “DiVinci” won the Junior/Young Rider division.

Woodside Spring Dressage was the first show in the 2011 Woodside Vacation Rewards series.  All Open and Adult Amateur riders are eligible for a drawing to win a 5-day/4-night stay at the Marriott Resort of their choice located anywhere in the continental U.S.  Riders must compete in two of the three Cornerstone dressage competitions held at the Horse Park at Woodside this year to be eligible for the September 17 drawing.

Complete competition results for Woodside Spring Dressage CDI*/Y/J are posted online via this link:  http://www.cornerstonedressage.com/show_results.asp.  Upcoming Cornerstone events include Dressage at Flintridge CDI 1*/Y/J on May 26 – 29; High Prairie Dressage on June 3 – 5 in Colorado; and Star Spangled Dressage, a new competition to be held July 1 – 3 in San Juan Capistrano. 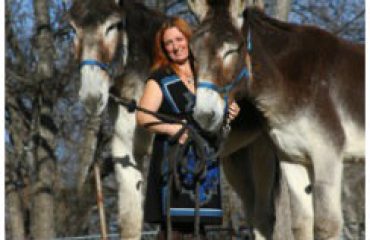