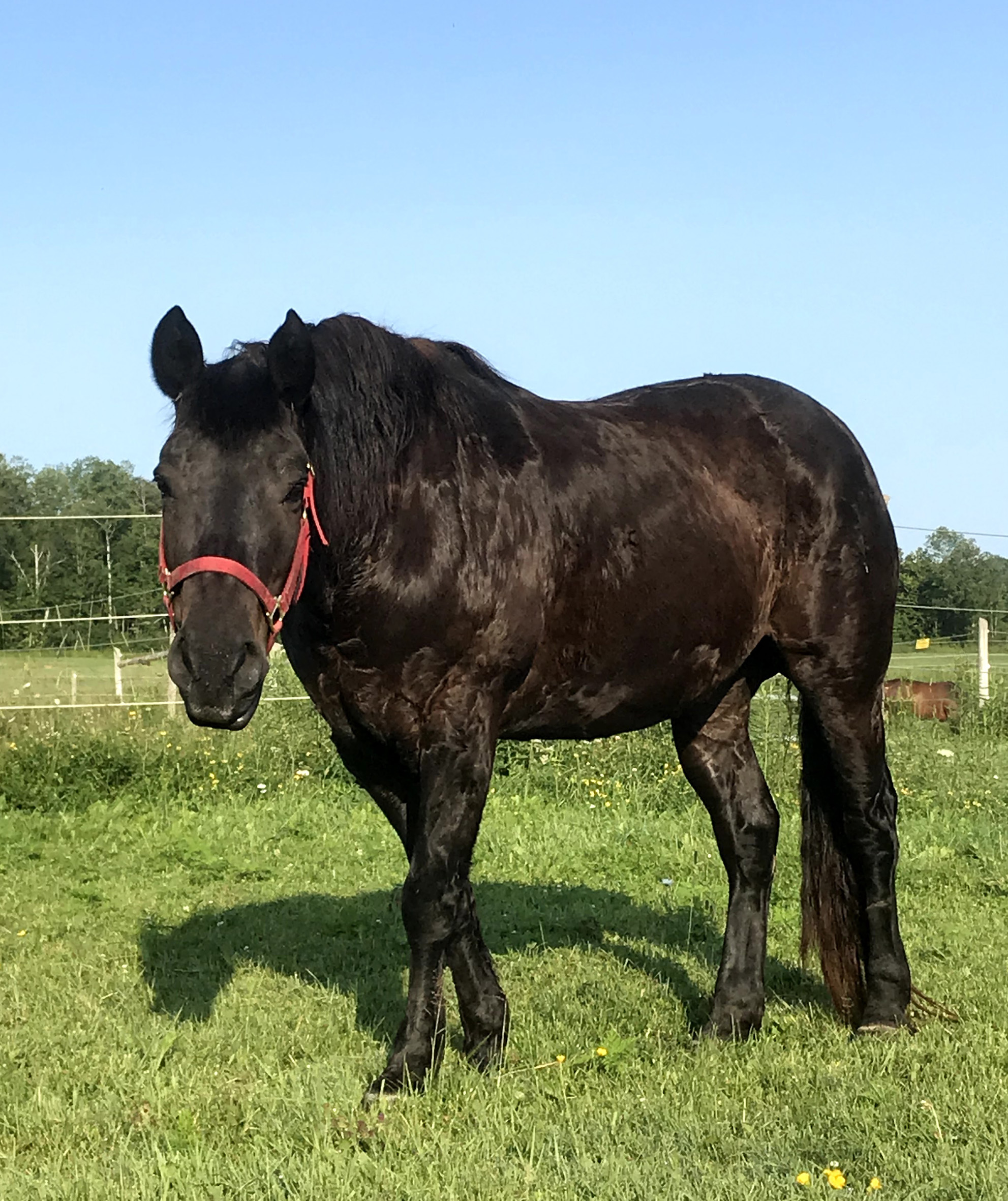 How FormaHoof (and a lot of love and support from her dedicated new owner) has given Libby The Canadian a new lease of life!

If you have ever had a horse with laminitis, you know just how painful and debilitating a disease it is. Severe or recurring episodes can quickly make laminitis a welfare issue and all too often can lead to a decision having to be made as whether it’s kind to let the animal continue to suffer. Horse & pony management should always be with a view to helping to prevent laminitis occurring in the first place, but for those that are afflicted, a revolutionary new hoof care system – FormaHoof – offers laminitic horses and ponies vastly increased comfort, protection and support and allows the hoof to repair and reform, naturally. 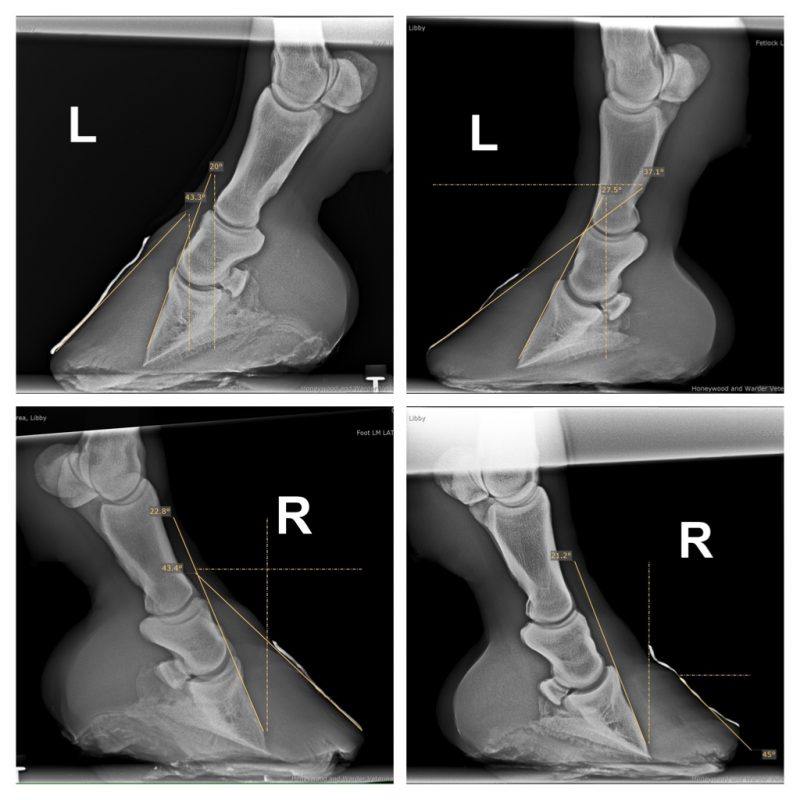 A healthy hoof has a naturally concave sole, whereas in horses with flat soles and no concavity, the coffin bone or P3 bone is directly weight-bearing on the ground, as there’s no airspace between the ground and the protective sole. This compromised hoof structure is a major cause of the pain associated with laminitis. FormaHoof creates instant concavity by rebuilding the compromised solar structure immediately. This is different to having soft or hard material added under a shoe as the airspace allows the foot to expand and contract and redistributes the weight off the affected and very sore area at the tip of P3. FormaHoof also allows the vet or farrier to apply a medicated solar pack, which remains in place and facilitates abscess drainage, making FormaHoof a functional medicated bandage in which the horse can start to move.

Libby is an 18-year-old registered Canadian Horse in Ontario, Canada.  She was entrusted to the care of the Canadian Horse Rescue and Re-Homing society to find her a new home.

Andrea White is a dedicated horse lover who has loved this Canadian breed since they got their first mare – a Canadian/Arab cross. Karli, Andrea’s daughter, who runs their barn, also had another Canadian on the farm, so when the word was put out for Foster homes for Libby, Andrea and Karli gladly signed up to take her on.

Andrea had no knowledge of what condition Libby was in, other than a picture of her in a field with a pasture mate.  She didn’t look to be in terrible condition, so finding her an adoptive home through CHRRS would have been easy.  When Libby stepped off the trailer after a 3-hour ride from the only home she likely had ever known, there was a feeling of shock and heartbreak seeing her condition.  Her coat was long (it was June 16th) and should have shedded out over a month ago in Canada.  Her feet were like platters, overgrown and cracked.  She was obviously experiencing a lot of pain in her feet, but her personality shone through and knowing there was more going on, Andrea and Karli adopted her anyway.

Andrea and Karli’s first step was to fix Libby’s nutrition.  “We got Libby on a probiotic immediately and some low NSC supplements.  At the time we didn’t realise how important this was for Libby, it is just a normal thing we do with our horses.”

The second step was to take off Libby’s excess hoof.  “This was done in two sessions.  Since Libby had obviously not seen a farrier in a very long time, it took well over an hour to get her trimmed up properly.  Two trims and we thought we were heading in the right direction.“ 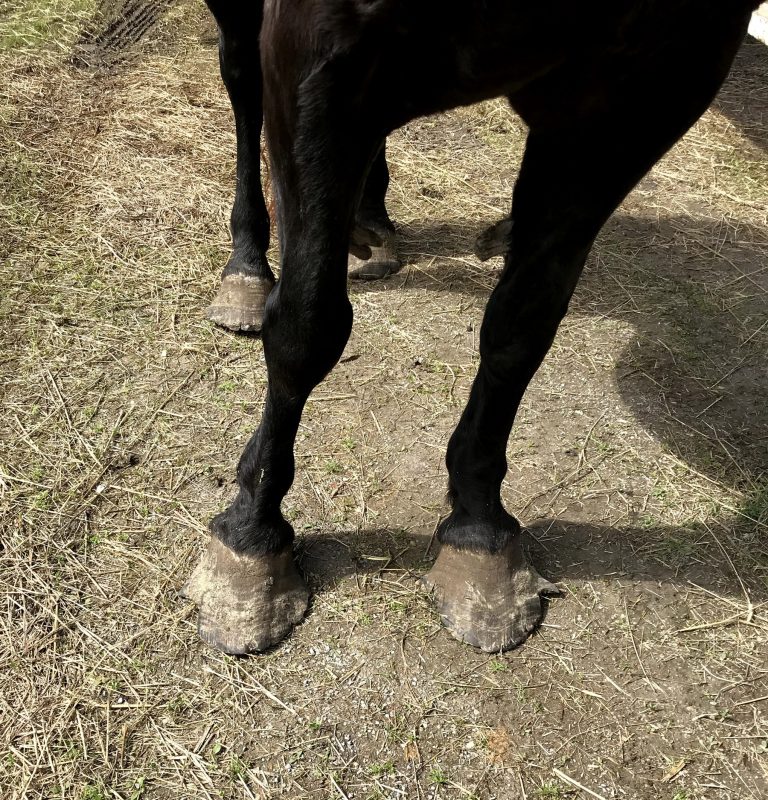 Libby was vaccinated, her teeth were floated and blood work was done, which diagnosed Cushings and IR.  But Libby was very, very sore, so it was time for X-rays.

Andrea continues “Libby had X rays that would break your heart.  X-rays, that in former times would have been a death sentence for her.  I knew by the look on my vets face and his words that this would be a long shot in saving her life. We had to try though, we owed it to her, and Karli and I were not going to give up without trying.  So, we began our journey with Laminitis.”

Libby was placed in casts in August and Andrea was told to keep her in a stable with deep bedding and as little movement as possible.  Her legs and hooves were iced with ice boots twice a day and with ice gels in between – 4 times a day she had something cold on her feet, to help to try to alleviate the pain.  However, it was clear that the casting was not comfortable.

Libby stayed in her stall 24 hours a day for the first 4 weeks, until she started showing that she could move better.  “As soon as we could we allowed Libby to wander the barn while her stall was cleaned and then back in her stall again until the next day.  Another 4 weeks went by and then she was casted again, which then meant another 4 weeks of being very uncomfortable.  She was lying down for hours, just to take the weight off those feet. But again, she slowly started to move a little better so we could start to let her out and about.

“My heart was breaking, but I wasn’t prepared to give up. Throughout this time, I joined several groups on Facebook about Laminitis.  I learned a lot about the disease and how to help manage it and help horses recover from it.  What I found was that what works for one horse does not work for them all…Libby was no different and we had to take our cues from her.

“I knew that traditional shoes were not going to work for her.  There was too much separation and the way Libby handled a trim indicated that she would not do well being shod.  My daughter and I looked at many other possible approaches and FormaHoof really stood out to us.  It would give her the support she needed and the comfort she wasn’t getting from casting.  Don’t get me wrong, casting did what it was supposed to do.  It wasn’t pleasant in my eyes, but it worked, bringing her coffin bone angles around to a much more normal angle.  There is still some way to go, but casting got her well on her way, giving hoof wall support while the new, healthy hoof grew in.  Had I known about FormaHoof earlier however, I would have gone that route first. 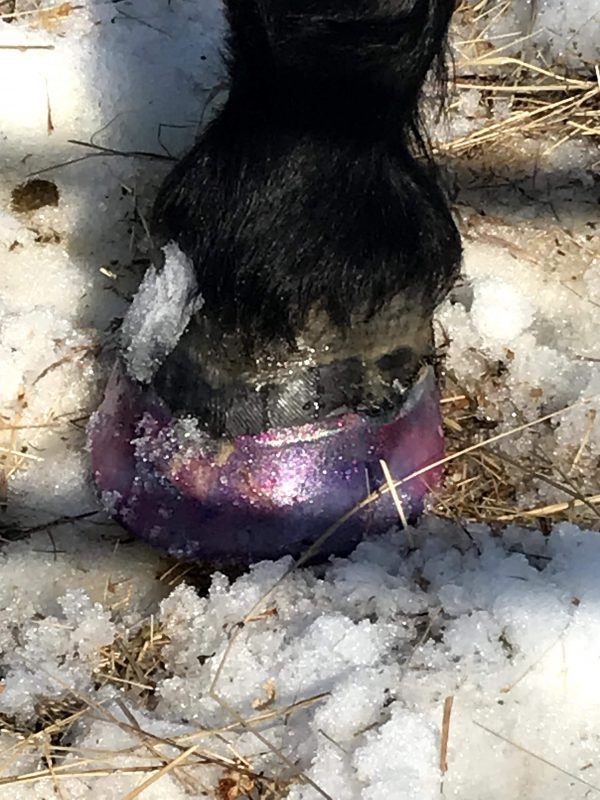 “After two rounds of casting, looking at FormaHoof as well as another option and after consulting with my vet and Randi – my wonderful farrier from Fisher Farrier Services – I purchased the starter kit and we planned to take the casts off and to do the FormaHoof application. But X-rays first.

“What I saw on the X-rays was a significant improvement, even though I’m not versed in reading them.  Even as I took pictures and texted them to Rob, he confirmed they looked good.   Tears were flowing.  After 5 months I saw the results of putting her through what we did.  Her back feet were good enough that we didn’t require any further “casting”.

We put Libby in FormaHoof after the casts came off. She had a little trim and more X-rays and I have to say, I felt joy seeing her walk around the next day. It still wasn’t a perfect walk, as she was once again adjusting to new angles and learning to adapt, but after many years of neglect I felt like we had made significant progress.  What I can say is that her pain medication requirement dropped significantly.  We let her out almost immediately to walk around the barn and it wasn’t long before we took her outside and let her enjoy the outdoors, even just for a short while.   She rolled, probably for the first time in as many months… and even gave a little buck! And she just seemed so happy and thoroughly enjoyed walking around and stretching her legs.

“For her second FormaHoof application, we followed in the footsteps of many others and added glitter to her moulds.  Let me say, it was FABULOUS.  We had such fun doing it.  It went much smoother than the first time as we had a better handle on the process and her feet were smaller as the excess had been trimmed further, so they fitted better in the moulds.  We measured her feet for the moulds when they were casted, so it was a best guess as to the size. 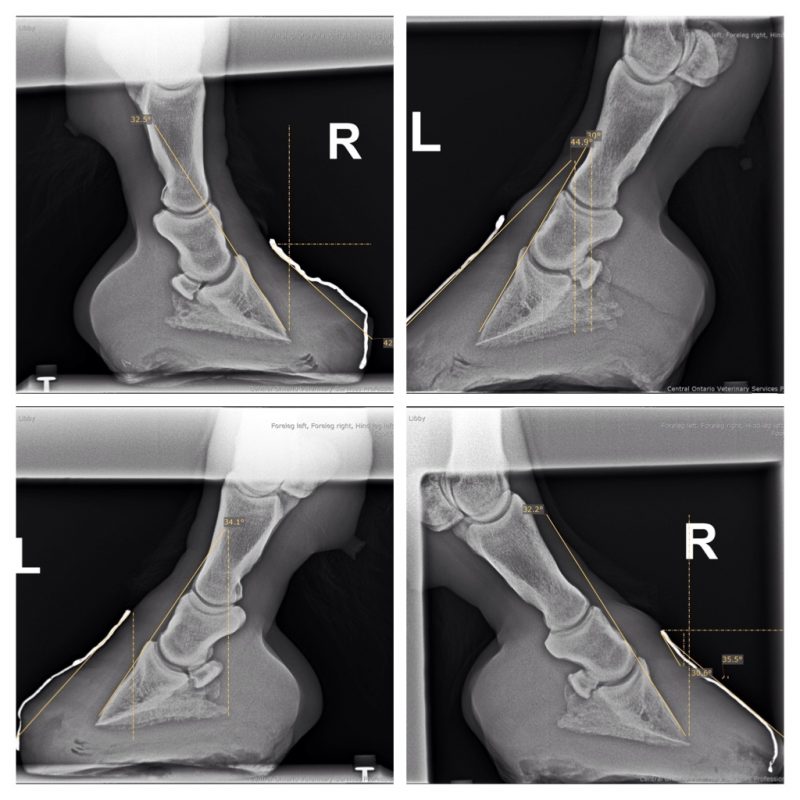 “After 2 applications, it was decided that she could go barefoot to finish growing out her hooves.  The stretched laminae are gradually reducing and Libby is now on a 4 week schedule to keep her comfortable.  She is out for the day now and only comes in at night with the rest of our herd.  I am looking forward to the day that we can find out what she knows and hopefully she can be an ambassador for the Canadian Horse Breed and FormaHoof.

“If I ever have to travel the Laminitis road again, I will not hesitate to put the horse in FormaHoof.   It will be my Go-To from here on out!”

For more information on FormaHoof and to read about many more hoof care challenges and soundness issues have been quickly and effectively addressed with FormaHoof, see www.formahoof.com.

FormaHoof have a special discount code in honour of Libby’s story, where customers using the code LIBBYFH at checkout in the FormaHoof shop will receive 50% off a box of resin, for orders with a total value of €1,000 or more. This offer applies in addition to FormaHoof’s regular bulk discounts. 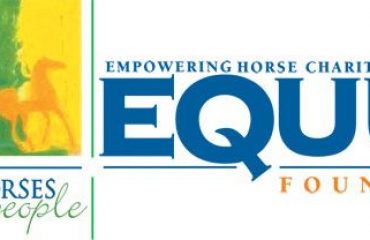 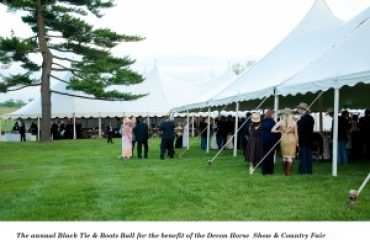 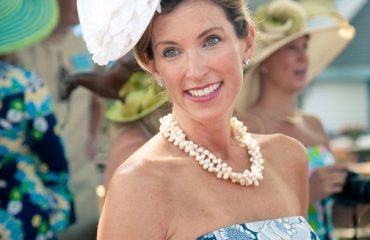