WASHINGTON (April 10, 2013)—Congress could once again ban the use of federal funds to inspect horse slaughter plants in the United States if it follows the lead of the White House—a move that is strongly supported by The Humane Society of the United States, the ASPCA (The American Society for the Prevention of Cruelty to Animals) and the Animal Welfare Institute (AWI). President Obama’s FY 2014 budget proposal includes a request for Congress to block spending by the U.S. Department of Agriculture to inspect U.S. horse slaughter plants. A similar spending prohibition was put in place in 2005, which effectively shut the door to the grisly horse slaughter industry on U.S. soil. However, it was not renewed in 2011, leading to the potential for horse slaughter plants to reopen in the U.S at the expense of American taxpayers.

There are no horse slaughter facilities operating in the U.S., but the USDA confirms it has received at least six applications and is processing those requests. Humane organizations oppose the slaughter of American horses for human consumption because the practice is inherently cruel to horses. Additionally, horse meat poses a potential human health risk, as horses are not raised for food in the U.S. and are consequently treated with a wide range of drugs that are not approved for use in animals intended for human consumption.

Wayne Pacelle, president and CEO of The HSUS, said: “It’s a fool’s errand to inspect tainted horse meat, and this Administration is wise to reject that path and to embrace the idea, even indirectly, that horses belong in the stable and not on the table.”

Nancy Perry, senior vice president of the ASPCA, said: “It is wonderful to see our government taking steps to ensure American horses are not slaughtered on our own soil for foreign demand, especially in light of the daily news from Europe about the horrors of discovering horse meat in their food supply from co-mingling with beef in tainted food products. Wasting tax dollars on cruel and dangerous practices makes no sense, and we urge Congress to adopt this budget cut.”

Chris Heyde, deputy director of government and legal affairs for the AWI, said: “Now that the administration has taken this important step toward ending horse abuse, reducing the size of the federal government, and saving taxpayer dollars, we urge Congress to swiftly ensure this widely supported language is maintained when sent back to the president for his signature later this year. Given the serious fiscal choices facing our elected officials in Washington, restoring an unpopular foreign driven horse slaughter industry that only serves to drain taxpayers’ money every year, this should be the easiest spending cut they can approve.”

The Safeguard American Food Exports Act, H.R. 1094 / S. 541, introduced this year by U.S. Sens. Mary Landrieu, D-La., and Lindsey Graham, R-S.C., and Reps. Patrick Meehan, R-Pa., and Jan Schakowsky, D-Ill., is a bipartisan measure that would prevent the introduction of horse slaughter operations in the U.S., end the current export of American horses for slaughter abroad, and protect the public from consuming toxic horse meat.

• American horses are raised to be companions, athletes and work horses. They are often treated with drugs, both legal and illegal, that can endanger the food supply. There is currently no system in the U.S. to track medications and veterinary treatments given to horses throughout their lives to ensure that their meat is safe for human consumption.

• “Kill buyers” gather up horses from random sources and profit by selling horse meat from healthy horses that bring the best price per pound for their meat. USDA reports show that approximately 92 percent of American horses going to slaughter are healthy and would otherwise be able to go on to lead productive lives.

• The methods used to kill horses rarely result in quick, painless deaths, as horses often endure repeated blows to render them unconscious, and sometimes remain conscious during the slaughtering process. When horse slaughter plants previously operated in the U.S., the USDA documented severe injuries to horses incurred during their long-distance transport to slaughter plants in unsafe, overcrowded trailers, including broken bones and eyeballs hanging from their sockets by a thread of skin.

Subscribe to Wayne Pacelle’s blog, A Humane Nation. Follow The HSUS on Twitter. See our work for animals on your Apple or Android device by searching for our “Humane TV” app.

The Humane Society of the United States is the nation’s largest animal protection organization, rated the most effective by its peers. Since 1954, The HSUS has been fighting for the protection of all animals through advocacy, education and hands-on programs. We rescue and care for tens of thousands of animals each year, but our primary mission is to prevent cruelty before it occurs. We’re there for all animals, across America and around the world. Celebrating animals and confronting cruelty – on the Web at humanesociety.org.

Founded in 1866, the ASPCA® (The American Society for the Prevention of Cruelty to Animals®) is the first animal welfare organization in North America and serves as the nation’s leading voice for animals. More than two million supporters strong, the ASPCA’s mission is to provide effective means for the prevention of cruelty to animals throughout the United States. As a 501(c)(3) not-for-profit corporation, the ASPCA is a national leader in the areas of anti-cruelty, community outreach and animal health services. For more information, please visit www.ASPCA.org, and be sure to follow the ASPCA on Facebook, Twitter, and Pinterest.

The Animal Welfare Institute (www.awionline.org) is a non-profit charitable organization founded in 1951 and dedicated to reducing animal suffering caused by people. AWI engages policymakers, scientists, industry, and the public to achieve better treatment of animals everywhere—in the laboratory, on the farm, in commerce, at home, and in the wild. Follow us on Facebook and Twitter for updates and other important animal protection news. 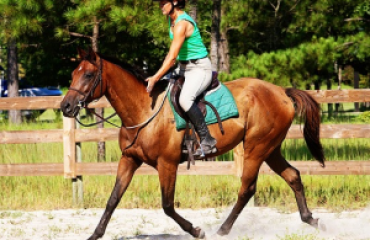 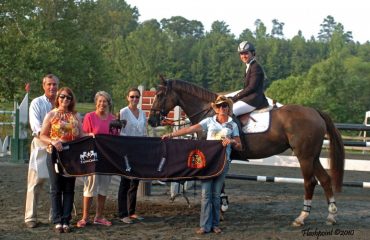 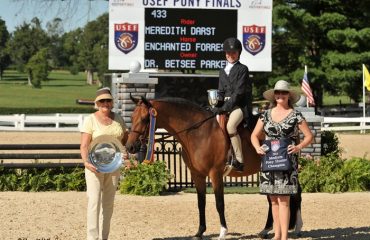