Pony Club rider Julia Lee Barton is riding toward the top of the dressage world. Last year Julia won the 13-and-Under USDF Dressage Seat Medal Class and this year she won the USEF Dressage Pony Rider National Championship. As a D-3 Traditional member of Mission Valley Pony Club in the Midwest Region, Julia’s starting point was eventing, but she also loves mounted games, foxhunting, and of course, dressage. Julia’s mother encouraged her to join because she too was a member as a little girl, and she knew Julie would get the best foundation in riding and horsemanship possible. Julia loves to show and put her training to the test, so Sidelines sat down with her to learn more about her championships experiences.

Can you describe in your own words what the USEF Dressage Pony Rider National Championship is?

The USEF Dressage Pony Rider Championship is the National Championship for the FEI Pony division in dressage. It’s held as a part of the USEF Dressage Festival of Champions along with the other youth divisions in dressage. The FEI Pony division was recently introduced in the U.S.A. (it’s very popular in Europe), and it’s a division where a rider completes a test basically equivalent to a Third Level test with a pony that measures 14.2 hands or below.

I love the competitive nature, especially at the big national shows, but my favorite thing about showing is really putting me and my pony’s training to the test. We’re very focused in our preparation, but riding the movements in a test where you can’t make a volte or transition when something starts to go wrong is much different than schooling at home. Even if we get our best score of the season, we come away from every single show with something we need to improve on before the next.

What made you want to pursue the Dressage Pony Rider Championships?

When I was 11, my family bought me a 4-year-old green, slightly wild 14.2-hand pony named Bonnie. She was talented, but the fact that she’s a pony prevents her from being able to compete in the FEI Junior or FEI Young Rider divisions. I had my eyes set on competing at the national and international with her, so instead, Bonnie and I grew up preparing for the FEI Pony classes.

How do you feel Pony Club has helped you prepare for the Dressage Pony Rider Championships?

Among other things, Pony Club found me the horsepower. Without Mission Valley Pony Club and the very generous Krska family, I never would have found my amazing first horse, Dancer. We weren’t looking for a second horse at the time, but competing on Dancer led me to Bonnie, and we decided she was the perfect fit.

What do you feel was your biggest challenge in preparing for the Championships?

The most difficult challenge for me was finding the training. It’s an advanced division, and after my longtime Pony Club-based trainer, Clare Krska, moved away for medical school, I was left without an adequate trainer for a young pony. I ended up moving eight hours away from my family for the best training situation, and trained with Nicole Glusenkamp and Sharon and Grant Schneidman. To anyone wanting to pursue the FEI Pony classes, just know that with the right training, you can do it on almost any pony. Don’t worry about buying the fanciest, youngest pony — only worry about getting the best training possible, and you can get there.

Last year you won the USEF Dressage Seat Medal Finals for juniors. What was that like?

The USEF Dressage Seat Medal Finals was a great first national championship for me to attend. It was a wonderful experience because the class is judged only on the rider, not the horse. It’s more of a rail class judged on the rider’s position and effectiveness of aids. So even if you don’t have the fanciest horse or you have a younger horse that’s not schooling all of the movements necessary for the FEI Pony test, you can still compete (and do well!) in the class. It really helped me get access to the ‘pipeline’ for young dressage athletes.

What would you tell others who are interested in Pony Club?

For anyone interested in Pony Club, I’d say there’s no better place for a young rider to start their riding career. In my Pony Club, we have kids of all ages, disciplines and riding abilities. We have myself, a successful CCI* eventer and a whole herd of 8- and 9-year-olds, among others. It not only gave me irreplaceable knowledge about horses and horse care, but I’ve had so much fun over the past six years and have made lifelong friends. Whether you love trail rides or international competition, there’s something for everyone to gain from Pony Club.

About the writer: Mandy Alexander is the marketing and instruction coordinator at the United States Pony Clubs, Inc. She’s in charge of Shop Pony Club, as well as writing for The Pony Club Pizza, a blog that teaches about all of the disciplines Pony Club offers. 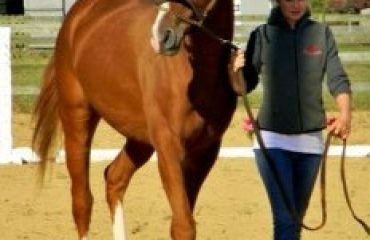 Take The Inside Track and Get a Privileged Preview of Horses Available Soon! 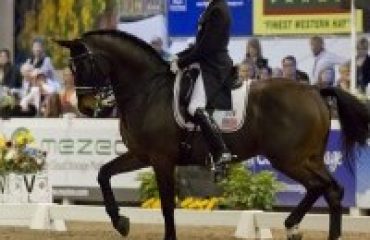 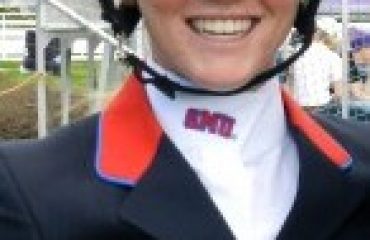