Sarah enjoys a moment with an equine friend.
Photo by Norm Claussen

It may be off the beaten path, but Sarah Invicta Williams has built a national competition career in Santa Fe, New Mexico. She also connects deeply with the broader equestrian world. She’s learned from the best, and thrives on the breadth of the sport. “I like the diversity, all the different people that you meet. I love how equestrian sport brings people together from all over the world.”

Sarah developed her training skills — with both horses and riders — from a wide range of notable mentors, including Frank Madden, Michael Page and Anne Kursinski. “Anybody and everybody,” Sarah said. “I rode with George Morris a lot, beginning when I was 11. Later on, we trained with Joie Gatlin, Candice King, John Pearce and Kathy Kusner in the 2000s.”

Sarah had a head start in her career, with both parents heavily involved in horses. Her late father, Charles Williams, a foxhunting enthusiast, was a master of foxhounds with Juan Tomas Hounds in New Mexico. Her mother, Caroline Invicta Stevenson, founded Invicta Farms in California and moved the barn to New Mexico in 1970. The mother and daughter share the middle name, Invicta, which they also use as the farm name. Invicta is Latin for “unconquerable” or “invincible.”

As a junior, Sarah first rode ponies and then equitation. She competed in three medal finals: 1988, 1989 and 1990. “Susie Schoellkopf coached me in 1989, and in 1990 it was Karen Healey. I also rode with Sue Ashe, Ronnie Mutch and Victor Hugo-Vidal.”

Sarah credits her mother with finding the right horses. “My mother, Caroline, has a gift for matching students with the equine talent that helps them succeed. She always found me great horses growing up, starting with The Tooth Fairy. We qualified for Pony Finals and later she was a lesson pony for years through all our barns — she lived to be 32! Our other pony was Half ’N Half, who I loved very much.”

Sarah aimed for the jumper ring. “From the time I was 7 years old, I’ve wanted to ride the jumpers. And not only to ride them, but to do it well.” Her first jumper was Sportif. “Sportif was the most influential horse I ever had. My mom and dad got him for me when I was 10. I did a George Morris clinic right after I got him. He had a hard mouth, so that clinic was exciting!”

Sportif was half Thoroughbred, sired by the famous jumper New Twist. The bay took Sarah to junior jumpers, where she qualified for Harrisburg when she was 11. They competed in the Prix des States for Zone 8 four times. “We were third when I was 12. When I was 13, I took him to Spruce Meadows, where we were second in Speed, and also won a fifth place.” Their proudest win was the 1989 Olympic Festival in Oklahoma City, where Sarah won the individual silver medal. She also competed at the 1989 North American Young Riders Championships.

As a teen, Sarah was already a working rider. “When I was a junior, I rode for my mom, working horses before I went off to college,” she said. Her junior hunter, Audacious, was also her equitation horse. “He ended up being a movie star when I went off to college.” Sarah has also modeled throughout her life, saying most of it was with horses. “My modeling started for Laura Ashley, when I was 8 or 9. It’s just been on and off through the years, some in cowboy attire. Now I do a small amount of modeling for my mother for Mastermind Equestrian and she pays me in breeches.” In addition to Invicta Farms, Sarah’s mother, Caroline, is a partner in Mastermind Equestrian, known for its high-performance equestrian apparel.

Sarah majored in Mass Communications at the University of Hartford in Connecticut. “I interned at Fox News and considered becoming a broadcast journalist. I was offered a job there, but my passion for our sport brought me back home to ride horses. They say if you do what you love you never work a day in your life. I’m grateful that I get to work with horses as my profession.  Horses are so generous – they think differently than humans. To be surrounded by that unconditional generosity is the privilege of this career.”

Back to New Mexico

After college, Sarah spent some months in Germany working at a jumper barn, but returned to Santa Fe in 1998 as the resident professional rider at Las Campanas Equestrian Center, a full-service, multidisciplinary facility located in a luxury home development in Santa Fe. Her mom, Caroline, designed the facility and ran the barn there until 2009. Sarah also worked with Bjorn Ikast, a Danish trainer now based in Texas, who in 2016 won his 110th Grand Prix. “I rode with him on and off for about 12 years. He started helping me in 2000. He helped me with Santa Fe Silver, the first Grand Prix horse I made — that’s how we became friends. I bought Santa Fe Silver from Ira Schulman as a 3-year-old off the racetrack.”

Sarah and Quince Z warming up.
Photo by Tracy Williams

Invicta Farms currently makes its home at the stunning La Mesita Ranch in the lush Nambé valley north of Santa Fe. Sarah finds the most satisfaction in her work with her riding students, both young and adult. “From Short Stirrup to Grand Prix level, I’m proud of my riders. My students give me my proudest movements. Riding top horses is so exciting – but when I can coach my students and friends to reach their goals, it brings me the most joy.”

Pairing her students with the right mount is a critical part of the Invicta team’s approach. While they purchased many horses from Europe in the 1990s, they now source their horses in the U.S. “Being in the business for so long, my mom and I have many contacts and it works great for us. We’re such an amazing team. We’re a good balance. She does a tremendous amount with clients; I do the riding. We’re both very hands-on with our business. Having a riding career has such diversity. I’m enjoying every stage of it. As a professional, I work to balance my professional riders with training my amateur students.”

One dedicated student is Kendra Lyon, who shows her Hanoverian, Bandit. They were recently Champion Adult Amateur Jumper at the 2016 Gulf Coast Premier show. “This is Kendra’s fourth year with us,” said Sarah. “She’s one who is lovely to coach.” Another longtime student is Henri Hall, who’s ridden with Invicta Farms for the last 11 years. “Henri had never jumped a jump or ridden English till she came to our place,” remembered Sarah. “She was brand spanking new!”

Sarah, in Mastermind Breeches, has been modeling on and off since she was a child.
Photo by Mary Neiberg

Now Henri competes at top shows with Team Invicta. Sarah has embraced hunter derbies with Durgin Park, one of Henri’s horses. “We bought him as a coming 5-year-old. Now he’s a high-performance hunter.” Sarah rode Durgin Park to two first place wins in the USHJA National Hunter Derbies at HIPICO Santa Fe in 2015.

Sarah, Kendra and Henri are looking forward to showing in their home town of Santa Fe again this year, as well as supporting the new venue, HIPICO Santa Fe, and the nonprofit Grand Prix de Santa Fe beneficiaries through their sponsorship of the summer and fall shows. Team Invicta has a long history with the original Grand Prix de Santa Fe: Caroline is a founding trustee of the organization, which has donated over $150,000 to local and regional nonprofits serving at-risk children and equines, as well as land and cultural preservation since its inception in 2004.

“The sense of camaraderie at shows like HIPICO is what I really love about show jumping,” said Sarah. “People from every walk of life come together for the love of horses.” At the Santa Fe Summer Series 2015 at HIPICO Santa Fe, Invicta Farms brought 28 horses and was a Platinum Sponsor. “I’m really excited that Santa Fe has such a wonderful show facility at HIPICO, with top riders coming from all over the U.S. and beyond. It’s fabulous. We’re very lucky to have such a top-notch show venue, run so well, with the improvements HIPICO is making this year. It’s great for the growth of the horse industry in New Mexico. We get to be a horse show destination again!”

Sarah and Quince Z warming up.

Sarah, in Mastermind Breeches, has been modeling on and off since she was a child.

Sarah enjoys a moment with an equine friend. 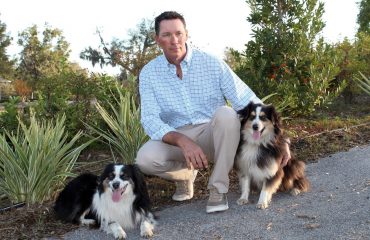 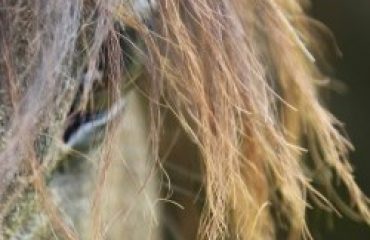 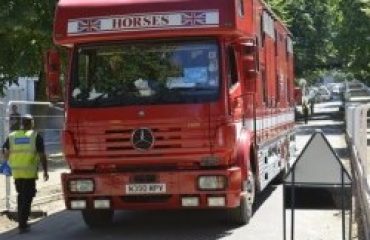 Olympic Eventing: Behind the Scenes