Karen Kelley and Uncle Luc Photos by MVP Photos www.mvppics1@gmail.com June 4 th , 2012- Tryon, NC~ Blue skies shone brightly on Sunday as a week filled with exciting competition, fabulous parties and perfect weather culminated at the 2012 Tryon Summer Classic Horse Show.  The event, held at FENCE (Foothills Equestrian Nature Center) in beautiful Tryon, NC took place May 31- June 3 and is managed by Aiken, SC based Equus Events.  The show again benefitted the Tryon Hounds www.tryonhounds.com   and featured a $2,500 USHJA National Derby sponsored by Reflections Farm and Brick Church Farm on Friday evening and a $10,000 Jumper Classic sponsored by The EMO Friday night belonged to Karen Kelley of Charleston, SC and Laura and Meredith Mateo’s Uncle Luc as they strode to an impressive win in the $2,500 USHJA National Hunter Derby sponsored by Reflections Farm and Brick Church Farm.  Kelley said of her win, “I loved the course, all unrelated and off your eye.” “It felt as if we were on an outside course and that ring is so fun as all the spectators really make it feel exciting and special… Luc and I had a grand time!”  “Another A++ job by Equus Events!”  The pair brought in an 84 from round 1 as they came into the second handy hunter round in second place behind Don Sheehan and the Margaret Edge entry of chosen who scored an 87.  In the handy round Kelley’s bold ride and Luc’s handiness earned them the top score of 85 giving them the win with a two round total of 169.  Sheehan and Chosen were second with a 164 followed by Mador Du Chaufour and Glen Hartigan with a two round total of 158.  The course designed by Toledo, OH native Joseph Carnicom received rave reviews from the riders as it included many unrelated lines and options really giving the horses and riders a chance to show off their ability but also allowing young horses a chance to compete in a derby setting.   The Tryon Summer Classic is known for its hospitality and Friday night did not disappoint as the Tryon Hounds were on hand providing an Exhibitors Dinner under the VIP tent during class.   Brian Gjetley and Piks Pistelero Photo by MVP Photos www.mvppics1@gmail.com Saturday evening featured a $10,000 Jumper Classic which was sponsored by the EMO Insurance Agency and Martha Hall and the annual Parade of Tryon Hounds which took place just before the class began. The Tryon Hounds annual Benefit Dinner was also taking place under the VIP tent during the class which was catered by The Hare and Hound of Landrum, SC.  A record crowd was on hand to watch 21 horse rider teams compete over the course built by Joseph Carnicom.  With 4 riders making it to the jump off, last proved to be best as Brian Gjetley of Aiken, SC and his Piks Pistelero took home the blue.  Another Aiken based rider, C n’C Stable’s Christina Jason took home second place aboard her Tamino.  Creed and Helen Landon Terranova were third and Vick Russell and Lilly Hahn Rosichan’s Lucky One rounded out the top 4.  Riders and trainers were also treated to a special thank you reception ringside during the Jumper Classic which was graciously sponsored by Gagne International, JF Gagne and Carsten Peters, and Team Phun.   Parade of Tryon Hounds!     Sunday, the final day of the show capped of a beautiful week of horse showing as many of the Tryon Hound’s perpetual trophies were awarded to some of the show’s Grand Champion and High Point riders.  Some of the winners included: *Hoffman Van Wieren Trophy for Grand Champion Hunter- D’Artagnan owned by Ashley Hodges and ridden by Don Sheehan *Federick B Farwell Grand Champion Amateur Owner- Diplomat and Elizabeth Eubank *The Fox Creek Farm Challenge Trophy Grand Junior Hunter- James Bond and Amanda Young *The Red Frazier Memorial Grand Pony Hunter-Louis Vuitton and Libby Gordon *The George Webster High Point Short Stirrup- Savannah Smiles and Jennifer Bauer *Grand Adult Hunter-Smitten and Angela Millon *Grand Children’s Hunter-Lover Boy and Claudia Pollex Fundraising efforts for beloved braider Linda Tinkler also continued this week at the Tryon Summer Classic and as of press time had brought in over $3,000 which included a generous donation from Laura and Meredith Mateo as they kindly donated their winning prize money from the USHJA National Hunter Derby to the cause.  The Farm House of Landrum, SC also donated many items to the sale this week and on behalf of Linda and Chris Tinkler Equus Events appreciates their support as well as everyone else who has made a donation of made a purchase from the sale.

Read more at the source: Tryon Summer Classic Wrap Up 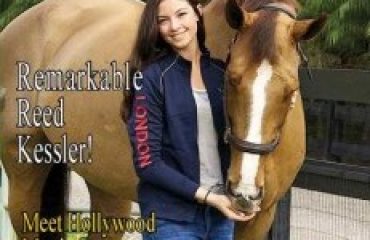 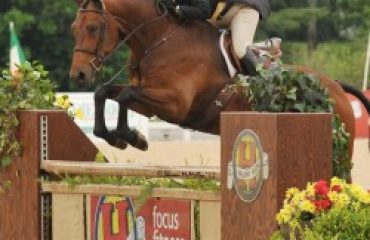 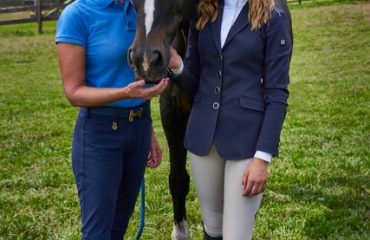 Maria Sabers: Aiming for the Top