Hi Ho Silver! Gerry Burk and her wonder horse, Toby in the Douglas County Fair Parade in Castle Rock, Colorado, with her beautiful parade “Silver Saddle.” Gerry is a member of a group of 13 woman, the famous “Silver Saddles Ladies,” founded by Ann Wolffe in Denver, Colorado. If you are lucky you can catch them this year at the Denver Rodeo and Stock Show where they will be in their splendid tiaras and sparkling “Silver Saddles.” Gerry is also a member of the Bijou Springs Hunt and the Ft. Carson Hunt, both in Colorado.

More wedding bells! The Colorado eventing community is certainly going to miss our fellow eventer and dear friend John Kelly! However, we send John and his new bride, Wendy Low, our best wishes and congratulations! Wendy and John were married in Penobscot Bay on August 8th. Wendy just retired from managing Canterbury Showplace after 22 years. Wendy and John are planning on spending more time eventing and traveling and will be living on Wendy’s farm in Gainesville during the winter months and hopefully competing and spending time with old friends back in Colorado during the summer. We wish them both all of the best!

Brianne Goutal is still the One To Watch! Just a few years ago Brianne swept the Big Equitation classes, winning all four major finals in one year and then went on to Brown University where she earned a degree in English. Armed with her college degree, Brianne is now embarking on a full time riding career – and she is doing it with her usual gusto! Stationed in France and training with Conor Swail, Brianne is already back to her winning ways. She rode her horse Nice de Prissey to second place in the $245,022 Longines Falsterbo Grand Prix in July in Sweden. Thanks to Brianne’s impressive win, the Federation Equestre International named Brianne the “Rolex One To Watch” for July. We already knew Brianne was one to watch – and we will keep watching and rooting for her!

An exciting and unique concept is in place for equestrians and horse lovers residing in and visiting Wellington, Florida and the Western Communities. Active, involved and creative business leaders have joined together to form the Wellington Equestrian Business Group and to show their appreciation for the Equestrian community, the WEBG is sponsoring the Preferred Equestrian Courtesy Card program. Each merchant is offering a “Courtesy Card Perk” (or discount) to anyone with a Courtesy Card. Visit www.WellingtonEquestrianBusiness.com and request your WEBG Preferred Equestrian Courtesy Card. Use your card at any of the participating WEBG merchants to get promotions and discounts all year! Also, check out the merchant directory page to see the growing list of WEBG businesses who are eager to welcome you with extra courtesy and special offers!

Martha, the proud mom of David Jennings reported to Sidelines that her son was awarded a very prestigious award among fellow riders, the Leading Professional Jumper Rider award at Horse Shows by the Bay this summer in Traverse City, Michigan. Congratulations David. The talented rider also finished 7th in the $30,000 Grand Prix aboard Nandy Fontaine.

Are you thinking your next mount should be a KWPN? Not a bad idea since Dutch-bred horses won a total of 11 Olympic medals in London, five of which were gold. Sounds like a golden breed!

For the equestrian who has everything and enjoys a good laugh! Veterinarian Lisa H. Handy, of Carolina Equine Clinic in Aiken,South Carolina, has published a humorous coffee table book revealing the lighter side of equine practice. Great news – a portion of the profits will go to equine research.

The Colorado hunter/jumper community has lost a wonderful person, friend, rider and trainer. Keiri Kaneps, who lost her battle with cancer, will be dearly missed. Keiri will always be remembered for her love of animals and her positive encouraging inspiration.

Our condolences to Rick Cram on the loss of his father. Rick and Cathy Cram own and operate Progressive Show Jumping inAiken,South Carolina.

We were so sorry to hear that Susan Anderson of Aiken,South Carolina, died at the end of July from a brain aneurism. Though Susan was retired from her lovely tack store, Southern Saddlery, it had been a mainstay in Aiken for many years.

Our thoughts go out to Robert Dover and his family on the loss of his mom, Jean, at age 84. Twelve years ago, Jean was given three months to live after being diagnosed with cancer. Robert was able to spend time with her a few days ago before he left for London to coach the Canadian dressage team at the Olympics. He has posted a lovely tribute to her on his blog.

Does your barn or organization have news, tidbits or announcements you would like to share in the Ingate column, dedicated to hunter and jumper news. It can be something as fun as a wedding announcement, new horse purchased, upcoming clinics or exciting wins. The deadline for the next issue is September 15th and all Ingate news should be sent to editor@sidelinesnews.com. 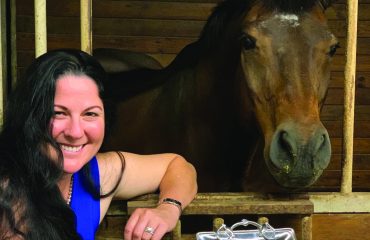 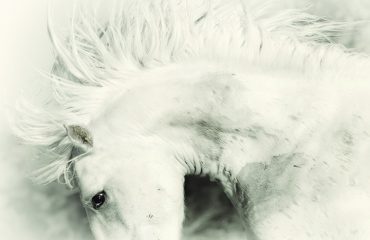 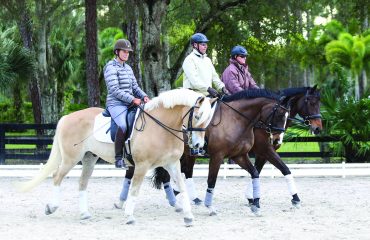