Sara Kozumplik (eventing) and Brian Murphy (show jumping) inaugurated Wednesday as “Ticket Round” days through the summer at Overlook Farm Equestrian Center in Berryville, VA: $25 lets you school over a bonafide show jumping course with all sorts of nifty painted fences. Your “Ticket Round” gets you however many fences you want/need per horse at one height; if you want to jump a higher course, it costs another $25. Sara and Brian designated June 15th to donate all proceeds to Boyd & Silva Martin and their team Lillian Heard, Caitlin Silliman, and Ryan Wood, who lost so much, including several wonderful horses, when their barn burned last month in PA. Wednesday’s “Ticket Round” attracted 43 horses and raised $1475 - all of it going to Boyd & Co. - a fun schooling day for a great cause. That’s Olympic medalist Nina Fout on course: she took Savvy to school and several riders. “It’s a great venue for a great cause and I’m going to promote them and take people to jump there.” Sara and Brian will repeat the Boyd Martin fund-raiser sometime in August and hold other fundraising Wednesdays: details will be posted at www.sidelinesnews.com/blogs/LaurenGallops so subscribe to get the RSS feeds Photo by Lauren R Giannini

Catching up: Congratulations to our own Jan Westmark-Allan, who is the new humor columnist for The Black Mountain News.  Jan says her new column is sort of a Lighterside without horses and “life in a small town” focus.

Drew Discount from Discount Dirtworks in Boynton Beach has just installed the first GGT Footing western arena in the USA at Double D Ranch.  GGT Footing flew in a specialist from Germany to train and oversee the entire process, so it looks like dressage riders aren’t the only ones who find footing really, really important.

Nan Sexton is definitely on the mend after her awful fall last year.  She’s riding her lovely Lusitano, Ubrigue Interagro with some help mounting and dismounting”.  He is a saint,” Nan says.  “As I flop around like a cod whilst mounting he stands patiently knowing that a peppermint will be forthcoming.  He is so into to what is going on with me it’s amazing.”  We’re so glad you’re riding again, Nan!  Keep us posted.

Bumps and Bruises: Nine times Paralympic gold medallist Lee Pearson will miss out on selection for the 2011 European Championships in September this year, the last major championships in the sport before London 2012.  The 37 year old from England fell from his horse during a training session, fracturing three vertebrae and crushing a fourth.  The fall put him out of the saddle for eight weeks.  “The news came as quite a shock” said Lee.  “I thought I must have sprained it as I’m able to carry on with life pretty much as normal.  It’s just uncomfortable to ride; I never dreamed it could be broken.”

Fashion designer Reem Acra whose clientele includes celebrities such as Angelina Jolie, Halle Berry, Beyonce Knowles, Catherine Zeta-Jones and Eva Longoria, is supporting the FEI Best Athlete Award again this year.  This FEI Award will go to an athlete who has combined focused ambition with fair play, to a horse whose outstanding character and performances have endeared it to the public or to a really remarkable human and equine partnership.  Last year’s Reem Acra Best Athlete Award went to a combination – the superstar Dutch duo Edward Gal and Totilas – for their memorable contribution to equestrian sport.  This year’s winners will receive their awards in November at a gala evening in Rio de Janeiro, Brazil, where the FEI General Assembly is taking place.

Nominations for the five-category FEI Awards (Reem Acra Best Athlete, HSBC Rising Star, Against All Odds, Development and Best Groom) are open until 31 July at www.feiawards.org.

Our eyes in Wellington have been watching the future home of the “Global Dressage Festival” with interest since the official groundbreaking ceremony took place earlier this summer.  Mark Bellissimo’s Equestrian Sport Productions announced the ambitious dressage facility with great fanfare back in May.  So far, we have reports of one lonely tracker standing sentry near a few piles of dirt on the old polo field at the corner of South Shore and Pierson.  Will dressage competition actually begin there in January 2012 as promised?  Will the new show venue be all that it’s been made out to be?  Stay tuned folks, either way the progress will be interesting… 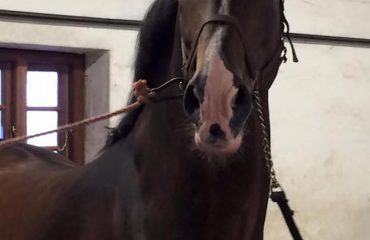 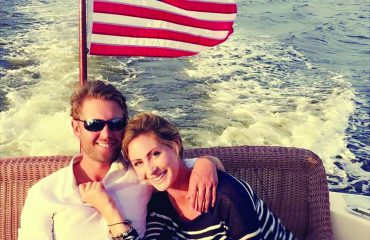 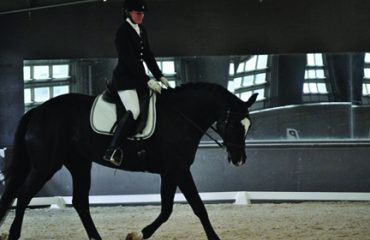