The immigration officer read through my letters from US Equestrian and the Compiègne show organizer before handing me back my passport and allowing me to pick up my bags at the Schiphol Airport after my flight arrived in Amsterdam on a Tuesday morning in May. A COVID test, or, in my case, three, and letters describing the purpose of my trip were required before I was allowed to embark on my adventure as chef d’equipe and coach for the 2021 US Equestrian Dressage European Young Rider Tour.

As the 2020 Tour was canceled due to the COVID-19 pandemic, there was a lot of excitement and speculation about this year’s Tour. The EHV-1 virus outbreak following this February’s Valencia Tour in Spain raised more questions and concerns, adding more complications and uncertainty as to whether the Tour would actually happen. Eventually a schedule was devised, the athlete/horse combinations were named, and a plan was in place.

The first Tour happened in 2015. Over a decade ago there was an FEI Young Riders (YR) World Cup Final held in conjunction with the ever-popular Frankfurt CDI. This was a true international head-to-head competition with rider/horse combinations from different nations qualifying to be their country’s representative. Competitors came from the Netherlands, Germany, Canada, Sweden and elsewhere. Over the years, several U.S. rider/horse combinations had the honor of competing in the YR World Cup Final. I had the opportunity to attend twice. It was truly a spectacular event. It was a great loss when the YR World Cup Final was discontinued around 2010.

Five years later, when I started as the Youth Coach for dressage, I was seeking an event that could serve a similar purpose. I was looking for an international competition that would not only allow our young athletes to ride against their peers from around the world but would also serve as an aspirational goal and give them a taste of the European experience. I quickly learned about the Future Champions competition put on by the Kasselmann family at their farm in Hagen, Germany.

Future Champions is made up of several Nations Cups and Individual competitions for FEI Pony Rider, FEI Children, Junior Rider and Young Rider in Dressage and Jumping. In total over 400 athletes from 22 countries competed at the 2021 Future Champions. Teams are made of three athletes with a drop score, meaning that a team can have just two athletes. 2015 was our first year and we entered two athletes in the CDIOY (aka Young Rider Nations Cup). The following year we were able to send a full team of three and have continued to do so, missing just 2017 and of course the cancelled 2020 competition. As you can imagine, we were excited to be competing in the CDIOY again this year. Fortunately, that part of the Tour went as planned!

We were not so lucky at the start of the Tour. The Compiègne CDIY, which is held in conjunction with the CDIO5*, became the first stop of the Tour back in 2016. This is one of my favorite shows and is perfect in many ways for introducing our athletes to a European experience. Sadly, this year our athletes were not able to enjoy that introduction for the reasons stated in the US Equestrian press release: “In accordance with the FEI Return to Competition protocols, all U.S. horses were tested for EHV-1 prior to departure from their layover base to the competition venue. A limited number of PCR tests returned with adverse results. Horses within the U.S. contingent have not shown any symptoms or clinical signs of the virus, are not febrile, and are all vaccinated. Out of an abundance of precaution, the team has decided to withdraw.”

This meant that the Future Champions CDIOY Nations Cup would be their first time down centerline in Europe. The German Young Riders compete here as well, since the Germans use the CDIOY and the CDIY as one of their final selection events for the European Young Rider Championships. The Danish send their best as well, as do other countries. It’s important and valuable to see how our athlete/horse combinations stack up against other nations. As I’ve written in this column before, many of the top U.S. and Canadian riders have come through Young Riders, as have many of the top European riders. Watching the talent being developed in other countries is crucial to our success; being able to compete head-to-head with them gives us a chance to assess where we are as a nation in developing our young talent.

This year our team of Christian Simonson on Zeaball Diawind, Katherine Mathews on Soliere and Melanie Doughty on Fascinata won the bronze medal behind the Germans and the Danish. As the Tokyo Olympics loom on the horizon and with the 2022 World Championships for dressage in Herning around the corner, it brings to mind the importance of developing the young athletes now to stand on podiums for future World Championships and Olympics. 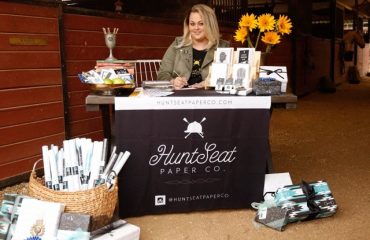 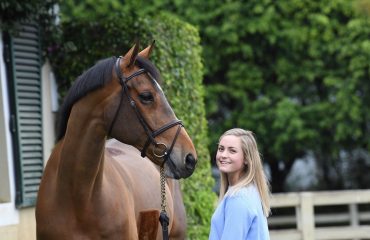 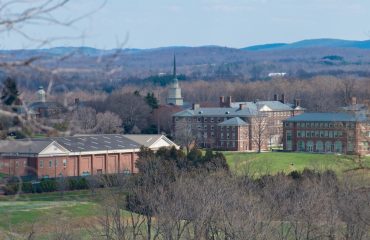