The road to Tokyo has been rough and tough. I think most of us recently have been a bit astounded at just how fragile our world can be. Who would have predicted when Tokyo was awarded the 2020 Olympics that a pandemic would sweep the world, delaying the summer Games for a year and changing the trajectories and paths of many athletes? Not only do you have to be a top athlete, one of the best in your country, but there is also a certain amount of luck involved in getting named to a team. This is especially true in equestrian sports where we are dependent on the health and well-being of our partners, the horses.

Perhaps it was the unbelievably bumpy road many of us survived over the past 16 months that made this year’s strokes of bad luck seem even more poignant. For those combinations peaking in 2020, the decision to postpone the Olympics quite possibly dashed their dreams. For those who needed extra time to develop, the postponement was a gift. In many ways, moving into 2020 preparation for an Olympic-level performance was fairly routine.

To be prepared for a top performance in 2021 was clearly more difficult. Most CDIs worldwide were canceled for the final nine months of last year. The United States was unbelievably lucky to be able to have a vibrant Florida season this year. Just as CDIs were really starting up again in Europe, EHV-1 hit, affecting the plans of most, if not all European-based competitors across all disciplines. In other words, preparing for these Olympic Games was unlike any other in recent memory.

I personally know that getting to the point where one is named to a team includes a lot of highs and lows, moments of elation and moments of despair, hard work, determination, commitment, time, planning, goal setting, strategizing, stress, you name it, as well as more than just a pinch of luck.

I think everyone knows it requires a great support group and all those that I know who make it are extremely appreciative, honored and humbled to represent their country on the international stage of equestrian sports. It seemed especially poignant that once athletes had been selected to represent their country, had gone through all of the COVID protocols and their horses were finally quarantined in Aachen before the long plane ride to Tokyo, several had to withdraw from the Olympics.

When I read the words that Patrick Kittel wrote on Facebook announcing he had to withdraw his horse, I was struck that although he, like Victoria Max-Theurer, Tanya Seymour and Nick Wagman, expressed his disappointment, they each showed good sportsmanship. They all took it in stride, remained positive and they put the well-being and health of their horses first.

My hopes and dreams were dashed in early 2004 when the horse I had the honor to compete suffered a lameness forcing us out of the Athens arena. To this day, I still remember riding a different horse in a Second Level dressage test in Ohio in front of Gary Rockwell, a future Rio Olympic judge, while in a different time zone Olympians were riding down the centerline in the Grand Prix test in Greece. That is one of the beauties of our sport. We can move on, adjust our focus, embrace new goals, still love our life with horses and enjoy the journey even if we never arrive.

It is moments like these that help us to fully appreciate how special it really is when everything works as we hoped. Thankfully the vast majority of Olympic athletes and their horses do have the opportunity to compete. Tokyo has been no exception; the quality of competition has been undeniably excellent. The new format has made it interesting and more exciting. The Grand Prix test is the qualifier that enables teams to move forward to the Grand Prix Special where the riders start with fresh scores and vie for the team medals. Using the Grand Prix test as an individual qualifier for the Freestyle, 24 riders move forward to compete for the coveted individual gold, silver and bronze medals.

I am ecstatic to report that with Sabine Schut-Kery’s magical Grand Prix Special ride on Sanceo, which gave them entré into the exclusive 80%+ club, the U.S. team showed the world that we are indeed a true force in international dressage. For U.S. dressage, perhaps the postponement of the Olympics was not such a bad thing after all. Congratulations to Adrienne Lyle, Sabine Schut-Kery and Steffen Peters on their historic silver! 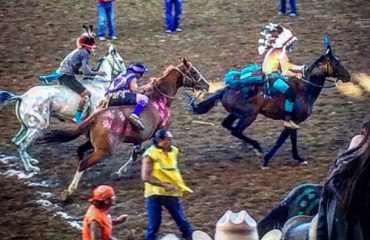 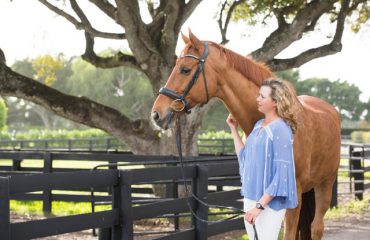