After a week of relatively relaxed rides at the new-old barn. . . we had another not-so-great ride yesterday.  As you recall, I suspected a few weeks ago that Tucker may have been having a mid-life crisis .  Yesterday I had to get off and lunge the poor beast (on a really hot day, which I really hated doing to him), because he was spooking (at something that shouldn’t have been quite that scary) so badly that he was becoming unsafe, for both of us.  ( Read:  I do not trust my big clumsy horse to stand on his hind legs and not kill us both .) As you know, these situations cause an immediate morph into Rider-Scientist Extraordinaire.  I’ll walk you through my varied list of hypotheses as to the possible causes of this errant behavior, and show you where the Process of Elimination has gotten me so far. 1.  I went with the easiest solution first — maybe it’s just a little extra-special Spring Fever, and maybe he just needs a few pro rides.  Limited success there, I know the pro I was using had one very good ride on him.  Since he was spooking and occasionally acting like a moron (sorry Tucker, but it’s true dear) even with the pro, though, I don’t think that was the solution. 2.  Next guess was the grain, and this hypothesis definitely had merit.  When I switched barns, we also switched feeds.  He has been on Omelene 400 , which is a grain that I love, for about 3 1/2 years now (he also gets beet pulp, but that didn’t change).  It’s low sugar, low protein (12%), and high fiber, and it’s forage-based (beet pulp), not grain-based, which seems to be better for Tucker.  It also has the Amplify nugget built right in, which is a weight-gain supplement I had looked into even before I started this feed.  When we moved, we switched him to Triple Crown Complete , which was the preferred feed of the barn manager there, who is very knowledgeable about nutrition and feeding.  It’s also beet pulp-based, and it’s the same 12% protein level, so I figured it was comparable.  It is, however, higher in sugar and lower in fiber, and anyone who has ever been on a diet will know immediately that means more calories.  Since Tucker was high as a kite, I thought maybe the change in feed was making him fresh.  Long story short, he’s back on the O-400 (has been for several weeks now), but the issue still isn’t resolved.  So, the grain-switch may not have helped matters, but the buck (haha, pun intended) does not stop here.

Read more at the source: Dr. Jekyll and Mr. Hyde 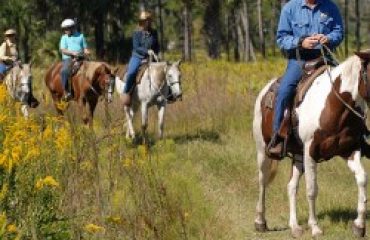 Etiquette On the Horseback Riding Trail 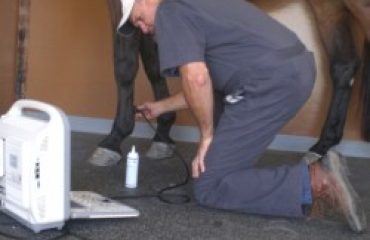