Calgary, Alberta – Canadian Olympic Champion Eric Lamaze is off to a strong start at the CSIO5* Spruce Meadows “Masters” tournament, placing second in the $125,000 CANA Cup on Thursday, September 5.  The five-day international show jumping competition runs September 4 to 8 in Calgary, AB.   Lamaze was one of five riders to successfully negotiate the first round track, featuring jumps set at a height of 1.60m by two-time Olympic course designer Leopoldo Palacios of Venezuela.  In the jump-off, Lamaze guided Powerplay to another clear round, stopping the clock in 44.55 seconds. It was not quite fast enough, however, to catch Penelope Leprevost of France, who had crossed the timers in 43.77 seconds riding Dame Blanche van Arenberg

Tagged under: belgium, between the ears, beyond the track, eric lamaze, france, higher education, tails & trails 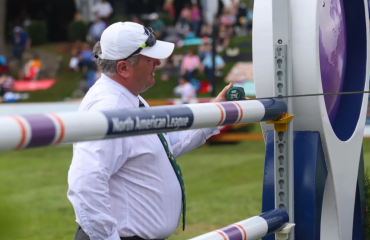 Love is Always the Answer.. 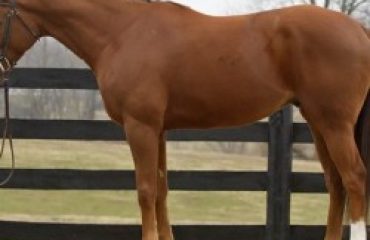