During the month of July, New Vocations is hosting horse show events that spotlight Thoroughbreds competing off the track.  The first event was held Sunday July 9th and 10th  where nearly 40 Thoroughbreds gathered at the Kentucky Horse Park to compete in two Thoroughbred restricted Hunter/Jumper classes.  This was the second consecutive year New Vocations Racehorse Adoption Program partnered with the Robert Murphy Horse Show to put on a first class event that attracted Thoroughbreds from surrounding states. Sharp Dressed Guy won the $2500 Thoroughbred Hunter Classic sponsored by Homewrecker Racing.  Owned by Bridget McNeese the Devil Is Due gelding was bred by Dr. John Cummins and trained at Keeneland as a two and three year old, but never showed much speed. McNeese took him on as a show horse at age four.  “I’d kept my eye on him since he was a baby and even told Cummins that he would make a great hunter,” explained McNeese.  “As soon as the decision was made to retire him I got him as a show project.  He has excelled ever since.” Sharp Dressed Guy competing in the New Vocations Thoroughbred Hunter Classic Sweet William who raced as Bait n Switch won the $2500 New Vocations Thoroughbred Mini Prix sponsored by Castleton Lyons for the second year in a row.  Now 17 years old, the Digression gelding raced 16 times primarily at Mountaineer and Pimlico.  He retired and became a very successful Eventer.  Currently owned and trained by Elaine Schott from River Mountain Farm and shown by Natassia Hovey, Sweet William has excelled as a Jumper.  “He continues to amaze us by his huge heart.  He has always been the barn favorite,” shared Schott

Read more at the source: Thanks to New Vocations, Thoroughbreds Shine in Their Second Careers 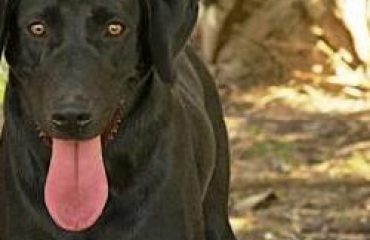 Dog of the Day – Jackson 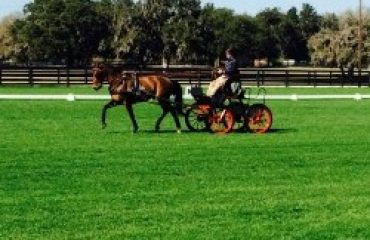 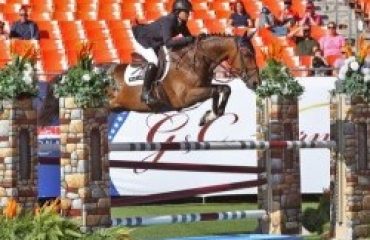