Jacob and his mare Zilvana celebrating their team gold for Zone 3 at the Young Riders Championship.

Even if you know that Jacob Pope won the Emerging Athletes Program talent search in 2011, the USEF Talent Search Finals and Maclay in 2012, and that he rode on the gold medal-winning team of the North American Junior & Young Riders in 2015, you may not know that he speaks German fluently and that he volunteers to teach it at a school for autistic children. There’s definitely more than meets the eye with this dynamic college senior.

Jacob was successful in his first try at national competition in 2011 when he won the Emerging Athletes Program and participated in the George Morris invitational clinic. From there, he became a working student with Andre Dignelli, who coached him for his win of the USEF Talent Search finals and the Maclay finals. Jacob was also a working student with Lauren Hough, riding in England in two- and three-star competitions.

In some ways, it seems that Jacob has lived a charmed life. “My dad and I talk about it a lot,” Jacob said. “He always tells me that chance favors the prepared mind. What I get out of that is that you make your own luck by working hard and always trying to be prepared. I’ve been very fortunate in many ways and grateful to so many people but I also think that working hard and being prepared sort of sets you up to make your own luck.”

Judy Richter, of Coker Farm, gave Jacob the ride on her horse Blink for the Princeton Show Jumping Grand Prix.

Jacob grew up in Columbia, Maryland, on a small family farm. His dad had shown jumpers when he was younger, and there was always at least one horse on their property. Jacob took lessons locally before he transferred to the McDonogh School near Baltimore, which had a great riding program. Jacob credits Streett Moore, the director of riding at McDonogh School, for a successful foundation to his riding. “Streett has been a huge influence in my career in riding. He and his wife Amy really taught me so much and they actually are the ones who suggested that I go to the Emerging Athletes Program (EAP),” Jacob said.

The goal of the United States Hunter Jumper Association is for the Emerging Athletes Program to open doors for talented young riders, and for Jacob, it did just that. “I’ll be forever grateful for Emerging Athletes Program; it was what got me out there,” he said. “I went with the intention of just learning. I saw there were clinics with Melanie Smith-Taylor — an Olympic gold medalist! So I applied and I got into Level 1 and I took a horse from McDonogh — from my high school, then made it all the way to the Nationals. Without EAP, who knows if I would’ve had any of the opportunities I’ve had. I really believe it came from the EAP.”

As the winner of the 2011 EAP competition, Jacob attended the George Morris invitational clinic in Florida the following January, where he caught the eye of Andre Dignelli and became a working student for him. Although still in high school near Baltimore, he made it work. “I went to regular high school at McDonogh — not online — so every Friday I’d drive up to New York [for the weekend] and get regular lessons with Andre, then go to school all week and ride at McDonogh. Through Andre’s incredible training and generosity, he trained me into winning the USEF Talent Search and the Maclay Finals.”

The year 2012 was a whirlwind of activity for Jacob. Andre got him the ride on Uno, and Jacob rode him to the USEF Show Jumping Talent Search Finals East. Then the pair went on to win the ASPCA Alfred B. Maclay National Championship.

Enjoying a hack on Damien at Lauren Hough and Mark Phillips’ farm in England.

Jacob was aging out of equitation eligibility during summer 2013 before starting college, and he was offered a ride on Blink, a jumper owned by Judy Richter. She thought the gelding could help teach Jacob the ropes of riding jumpers. “I took him to a horse show at Fairfield in Connecticut and Judy had me do a 1.20 meter the first day and it went well,” Jacob remembered. “She said ‘Do you want to do the 1.40 meter tomorrow?’ I’d never jumped that big before but I did the 1.40 meter on Friday and it went well, so we gave him the day off on Saturday. She asked if I wanted to jump in the Grand Prix on Sunday and I said, Sure, that would be amazing, and we were fifth in my first Grand Prix ever! Andre trained me; it was fantastic. Blink was just an incredible horse and Judy is an incredible person.”

Jacob keeps his grades high at Rollins College in Winter Park, Florida, and all last year he was on the Presidents List of students who have the highest GPA. While continuing to ride and show in Wellington during the winters, he was a working student with Andre and in England with Lauren Hough during the summer between his freshman and sophomore years.

Zilvana and Jacob take their victory lap at the 2016 Devon Horse Show.
Photo by The Book LLC

At the end of his sophomore year, he bought the mare Zilvana from Kyle Timm in North Carolina with hopes of getting to Young Riders in 2015. “With Zilvana — or Sylvia, as we call her — it was sort of the same thing as with Blink,” Jacob said. “I showed her in the 1.20 meter and went right into the 1.40 meter. I showed her all summer and we qualified for Young Riders. We went and I was on the Zone 3 team and we came home with the team gold medal! She’s an incredible horse and I owe a lot to her and Kyle. Also to Rachel Kennedy, who trained me.”

The past year, Jacob showed Sylvia in Wellington in the High Amateurs, and won in some of the classics. “A real highlight was winning the High Amateur class at Devon. We were reserve champion there also. It was incredible — she’s an amazing horse,” Jacob enthused. “That was our goal for this year, actually. Last year our goal was Young Riders and this year our goal was Devon, where I won a class there and was second in the other class. In Virginia, I placed fourth in the Grand Prix, the highest ribbon I’ve won in the Grand Prix so far!”

It’s hard to imagine Jacob having much spare time, but he has managed to volunteer in several situations. At Day’s End Farm, a horse rescue near western Maryland, he’d help out on Saturdays where he could. “As a kid I didn’t really have the means to donate to a charity like that,” Jacob said. “But I could donate my time caring for the horses and for the farm, getting it ready for more horses to come in and for horses to be adopted.” He also has worked with Gentle Giants Draft Horse Rescue, keeping some of the rescued horses at his family’s farm during his high school years. “I’d feed them, do their stalls, clean up the paddocks and groom them,” Jacob remembered.

During a very difficult time in high school at McDonogh, Jacob took action to memorialize Catie Carnes, a close friend and also a member of the school’s riding team, who died suddenly from a brain aneurysm. “She was someone very dear to me and my family and dear to the riding program at McDonogh, Jacob said.

Judy Richter, of Coker Farm, gave Jacob the ride on her horse Blink for the Princeton Show Jumping Grand Prix.

“I came up with the idea to start the Catie Carnes Horse Enthusiast Scholarship, a benefit class at our local association to give one scholarship each year to a child the pleasure flat class who exhibits the same love for horses and horsemanship and good sportsmanship — that Catie did.”

While at college, Jacob volunteers at the Paragon School, a high school for autistic children. “These kids are starting to learn German and I’d go once a week to teach them,” Jacob said. “It helps coming from someone other than their teacher, someone they look up to that’s in college, and I’ve really enjoyed it.”

It’s another way that Jacob works to maintain his fluency in the language. He participated in a German exchange where a student lived with him in high school. “We stay in touch, we send each other postcards. I write in German, he writes in English,” Jacob said. “We call each other; it’s great. I don’t know many American-born people who speak German so it’s fun.”

Jacob at his farm in Maryland with Monty, the mini, and Timmy.

Jacob is in his senior year at Rollins College as an international business major studying business, marketing, accounting and finance with an international component. He’ll graduate in summer 2017 and plans to become a professional rider. “Even though a lot of kids don’t go to school and ride, I think this degree might help me if I want to start my own riding business,” he said. “I’ve learned how to keep books, bill and manage money well. These are things that you could learn on your own, but it’s been great.”

Jacob admits that representing the U.S. in the Olympics has been a goal since childhood but he has a broader plan for his future. “If I don’t get to the Olympics, I’d love to compete on a Nations Cup team for the U.S.,” Jacob said. “I love the route that Lillie Keenan has gone. She has already shown in Senior Nations Cups in Europe and I’d really love to do that someday.”

While international competition is an exciting goal, Jacob has another plan for his future that he feels is just as rewarding, and a true reflection of his personality. “I love the teaching aspect and I loved helping my brother who used to ride. It’s something that I could see myself doing — going back to McDonogh to teach — going back to where I learned and grew up.”

About the writer: Doris Degner-Foster rides with Harvard Fox Hounds when she isn’t interviewing interesting individuals in the horse sport. She enjoys writing fiction and is working on a novel where a horse appears mysteriously in people’s lives to help them through a crisis. She’s also writing a middle-grade series about kids who ride horses and solve mysteries. 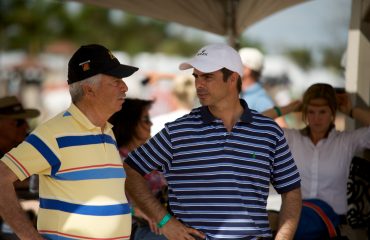 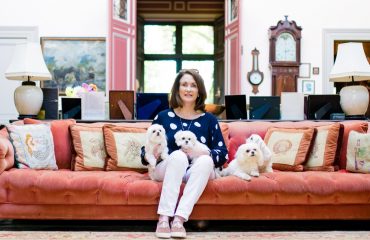