Cristina Fernandez Sidelines newest polo blogger has everyone laughing. Cristina Fernandez, who is based out of Aiken, South Carolina, is an aspiring polo professional and member of Team USPA. In 2009, she captained The University of Virginia Women’s Polo Team to a National Championship. She has spent the past three winters in Wellington, Florida and travels extensively around the country playing and grooming. Cristina already has a great following on her blog – check her out on the Sidelines website at www.sidelinesnews.com and then click on blogs. Cristina’s blog is called The Offside and it’s a must read!

Another polo club in Aiken?  Sort of!  Wire Road Polo has recently changed hands and is being developed along the Gulfstream lines, with stockholders as well as members.  Two club barns will house lots of horses for out of towners or those who wish the convenience of boarding on site.  At press time, players were signing up… and it looks like it’s going to be a good summer inSouth Carolina for polo.

Bumps and Bruises:  There’ve been a lot of falls lately….something about “spring in the air??”  In Houston, Joe Wayne Barry got bucked off while umpiring the 8 goal, Luisa Stainback took a fall in the 4 goal, Lara Straussfield got bucked off in the 2 goal and Tim Kelly and Esther Kane both took spills while playing the 8 goal tournament.  I guess when you have the biggest club in the country, you get a lot more bruises????  In a non-polo related incident, Johnny Fitzsimmons separated his shoulder and will have to sit out the remainder of the spring season in Houston as well.

In Florida, Eddie Margalef took a hard fall playing in Sarasota (but came out unscathed) while both Matt Coppola and Adolfo Cambiaso both hit the injury list in Wellington, with knee and hand injuries respectively.

It was a Texassized celebration as KC Beal and Steve Krueger were married inFt.Worth on April 13th.

Out in California, preparations are underway for the wedding of Reggie White and fiancée Rhianna Long.

Ty MacCarty spent the winter season being mentored by Mike Azzaro – they wrapped up their season with winning the US Open!  Also, let’s not forget to mention how proud we are of our FOUR Team USPA National Intercollegiate Champs!  UVA Men and Women won this year’s NIC Championships which included Team USPA’s Isabella Wolf, CB Scherer, Felipe Viana and Todd Thurston.

Also, this is old news but this winter Team USPA’s Carlitos Galindo proposed to his longtime love and former Intercollegiate player (and NIC Champ of ‘05,’06,’07)…and she said yes!

The spring Team USPA season is just getting started at the AikenTrainingCenterwith lead mentors Adam Snow and Owen Rinehart.  They are also planning a Team USPA event at theHoustonRegionalPoloCenter in May with 13 of our 39 members playing inTexas this season!

We are sad to learn that Lloyd Layton died at the age of 96.  With the exception of Orv Volkmann, Lloyd was one of the last of the original TCPC members that founded the Twin City Polo Club at High Path near Chanhassen. 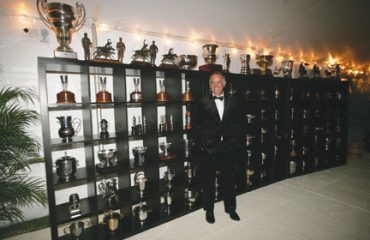 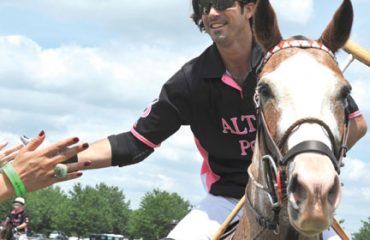