4 – Born and raised in Miami, Florida, America’s winningest grand prix rider, Margie Goldstein-Engle, is especially excited that the $200,000 American Invitational, presented by G & C Farm, has found a new home at Sun Life Stadium in Miami. After all, Engle attended South Miami High School and graduated from Florida International University with a degree in Business. Despite the business degree, her love since the third grade has always been horses.

Tickets for this year’s $200,000 American Invitational, presented by G & C Farm, are on sale now as well! Order tickets early for the best seating as one of the world’s most exciting and challenging show jumping classic comes to Miami, Florida, for the first time. You can avoid online ticket fees by calling the stadium box office now at (305) 943-6311.

Engle, whose family had little money to pay for her riding lessons, cleaned stalls in exchange for instruction at an early age and parlayed that experience into a career that has her ticketed for the Show Jumping Hall of Fame as one America’s most successful riders of all time. She is the only rider to win more than 200 grand prix classes and over the years Engle has amassed over $5 million dollars in prize money. She competed for the United States at the Olympic Games in Sidney, Australia, won the Team Gold medal at the Pan American Games and the Team Silver medal at the World Equestrian Games in Aachen, Germany.

Engle, who has competed in the American Invitational more times than any other rider, would love to post her first win in Miami. “It would be a thrill for me to win such a great class anytime,” she noted. “The American Invitational is one of the premiere events anywhere in the world. I think all of the riders really look forward to this event. But for me to win the inaugural event here in Miami would be just a super bonus for me.”

The Invitational, for forty plus years was held in Tampa, first at the old Tampa Stadium and more recently at Raymond James, home of the Tampa Bay Buccaneers. Now, with the class moving to Miami Dolphins country and its new home at Sun Life Stadium, it’s the perfect fit for Engle and especially for her owners, Bob and Shay Griese. Bob Greise is the legendary, Hall of Fame quarterback of the Miami Dolphins and a long time supporter of Engle. “I’m excited for the people of South Florida to have this event come to Sun Life Stadium.” said Griese. “If you’ve never seen this before, it’s really amazing.  I look forward to going to these shows and watching all these horses jump and compete. These horses are the finest horses in the world.  Fast, quick and very graceful.  They are powerful and athletic as they go over these jumps.”

“It’s really special for me. I grew up in Miami. I remember coming to the stadium with my family as a little kid to watch the Dolphins play football,” Engle recalled. “It’s really neat to be able to come back here and compete. I’m so grateful for the support of Bob and Shay Griese, they have been with me a long time and they’ve been great supporters over the years.”

“He’s very excited about being involved in Show Jumping coming to Sun Life Stadium,” Engle reported.  He’s just a down to earth, super nice guy, you’d never know what he’s accomplished by the way he acts. He studies the horses. He really looks at them from a different angle. He considers them athletes and really admires them for what they do as athletes. And he knows the difference between a good horse and a not so good horse. He’s gotten into counting the strides between jumps. He’s very intellectual and analytical, just the way you’d expect a hall of fame quarterback to be, but he studies them and knows what makes them jump better and go faster and be more competitive. He’s more knowledgeable than most owners,” she smiled.

Speaking of the American Invitational, America’s most prestigious event, Engle said, “It’s fantastic the way it’s grown. As I kid, even when I was grooming, I always wanted to go watch the American Invitational. Even if I had to hitch a ride and work all week for free, I always made sure I got to watch the American Invitational. It was always more exciting being in a football stadium. You know, it’s funny, I always thought, when we were competing over in Tampa, I thought, ‘this really has to go to the Dolphins Stadium.’ It’s such a great horse area and so good for equestrian sport. But, I always thought that was just a dream that it would ever come down here,” she said. “And now, here it is. I remember once we did an event at American Airlines Arena and that was a huge success. So I think this event, given a year or two to build an audience will be just as successful if not more. It’s great for the industry for this event to come to South Florida.”

To assure yourself of the best seats available, buy your tickets now. You can avoid online ticket fee by calling the stadium box office at (305) 943-6311.

Visit the official charity for the American Invitational, Just World International at:
www.justworldinternational.org

The prize list for the American Invitational can be found here.
http://www.stadiumjumping.com/#!athlete-information/cr6r 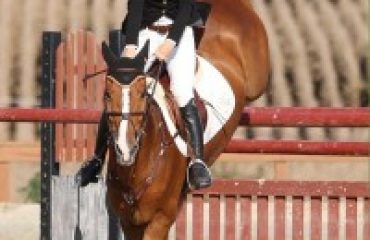 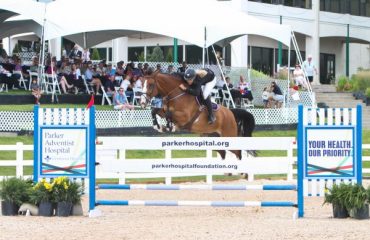 Summer in the Rockies VI Wrap-Up: July 17-21 at the Colorado Horse Park 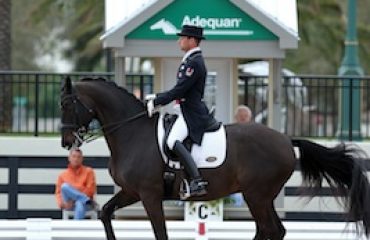