[Wellington, FL]  The second annual College Preparatory Invitational Horse Show was held this weekend at the Palm Beach International Equestrian Center in Wellington, FL, with great success. The competition drew 175 riders competing in four hunt seat and two dressage seat divisions. There were also five different scholarships awarded.  The CPI aims at introducing young equestrians (grades 8-12) to the many options of collegiate riding featured throughout the country. To find out more information on the 2013 College Preparatory Invitational, please visit www.collegeprepinvitational.com.

Many exciting scholarships were awarded this year, rewarding the young riders on their social conduct and academic success, as well as competitive success. The High Point Hunt Seat Rider was Barclay Powell, of Gainesville, FL, class of 2014. The Reserve High Point Hunt Seat Rider was Taylor Leigh, Northport, FL, class of 2013.  Scholarship winner Barclay Powell thanked her longtime trainer Henrietta Borst for helping her get to this point in her riding. Powell stated, “I want to thank my trainer, because she has gotten me through all of this. I have been with her for nine years and she has put me on many different horses. The experience she has given me helped a lot for this and I owe a lot to her.”

This was Powell’s first time competing at the CPI and she won both of her classes in the Limit Hunt Seat Equitation.  “I had a lot of fun; there were a lot of cool horses to be able to ride and the show grounds are gorgeous. It was definitely a great opportunity,” Powell smiled. “It is great to win this award. I am really excited that this happened and I am definitely planning to continue to ride and do well with it.”

Reserve finisher, 16-year-old Taylor Leigh, showed in the Limit Hunt Seat Equitation as well. Leigh also shows in the Interscholastic Equestrian Association (IEA), and felt the similarities between the competitions. “I am in the IEA, so it is sort of like this, so it just felt like I was at home,” Leigh explained. “We have done this before, so I wasn’t too nervous. They were both really good horses and I had a lot of fun.” 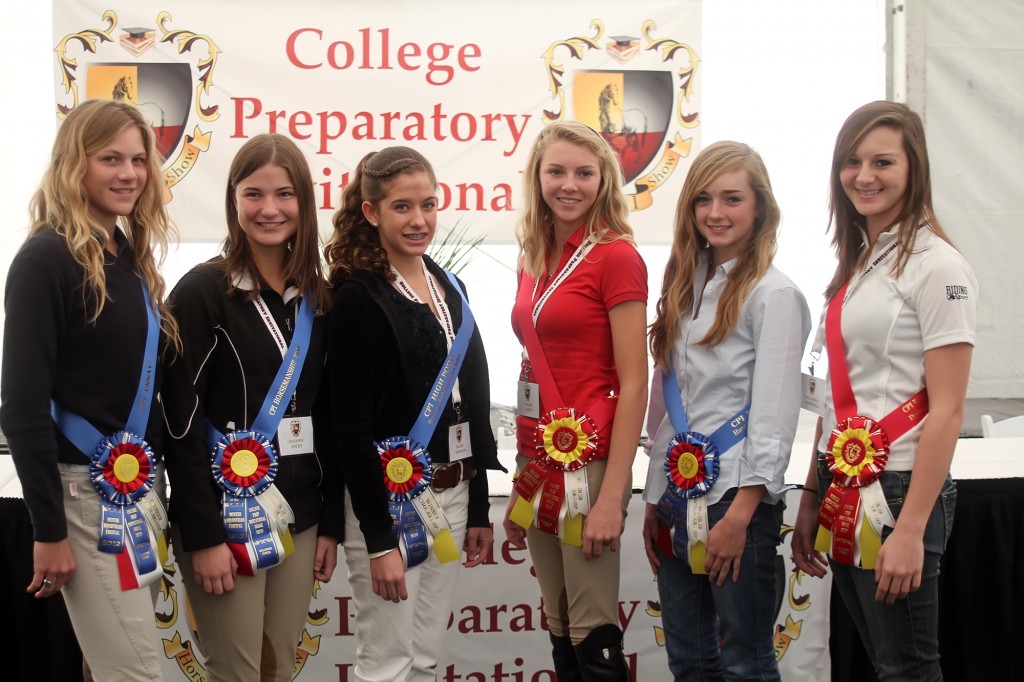 Scholarship winner Rachel Robinson showed in both the hunt seat equitation and dressage this weekend. This was Robinson’s first time competing at the CPI and she enjoyed the experience. “It was really fun riding all the different horses,” Robinson smiled. “I got a really good horse in the dressage, Godiva; she was just really good to ride for that class. Meeting all of these different people and seeing how each person works with the different horses was cool. You see multiple riders on the same horse and get to see how each one does.”

Alexandra Antonicelli also had a great time at this year’s CPI for her first time at the competition. “It was really fun and I had a lot of fun with my horse,” Antonicelli said. “I had no idea what to expect, but I definitely want to continue to do this in the future.”

The winner of the Horsemanship Test this year was fifteen-year-old Madison Specht, of Winter Garden, FL, class of 2015. Runner-up was Amy Blazej, of Windham, VT, class of 2012.

Commenting on her win, Specht stated, “I thought the test was really good. There were a lot of different questions about different subjects and a lot of good information to know about horses. I felt pretty confident; there were a few questions I wasn’t sure about, but most of it was good.”

Specht rode in the Intermediate Hunt Seat Equitation and enjoyed the event. “I thought it was amazing; it was very educational,” she said. “I learned a lot about riding in college and it was great to get to talk to all the different coaches from the universities.”

Fourteen-year-old Cassie Crotty, of Coral Gables, FL, class of 2015, was this year’s CPI Essay winner. Runner-Up was Lauren Abunassar, of Gettysburg, PA, class of 2013.
Crotty is an avid rider and writer. She explained that she wrote her essay about the experience of taking her family horse from a jumper to a hunter. “My family had him since he was four and I wrote about his journey as well as ours, because my mom rode him before me and he did the jumpers,” Crotty said. “We had a whole disastrous journey with that and a couple years ago I moved barns and I ended up switching and doing the hunters with him. It was a whole process of having to change the way my family thought about him and the way that we changed.”

Crotty has also shown in the IEA and enjoyed her time at the CPI. She noted that riding and writing are both very important in her life. “I will never stop riding, and writing is something I have done throughout my whole life,” she acknowledged.
In addition to these scholarships, a special community service award was presented this year to Natasha Walters, of Paoli, PA, class of 2016. Each of these riders contributed greatly to the wonderful experience of the 2012 CPI and helped make the event a huge success. 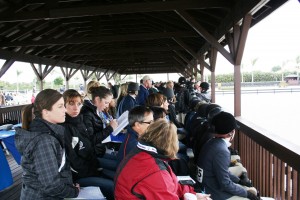 The competition at the 2012 CPI was bigger and better than ever with a total of 175 young riders participating this year. CPI extends a big thank you to all of the riders, families and coaches that took part, as well as everyone that donated horses for the event.

One trainer who far exceeded expectations at this year’s competition was Jane DaCosta, of Medford, NY. DaCosta is the Training Manager at Jamaica Day Riding Academy in Brooklyn, NY, which is owned by the Danza family. She coaches the Metropolitan Equestrian Team, one of the top middle school and high school teams in Zone 2 Region 4 of the Interscholastic Equestrian Association. The Metropolitan Equestrian Team is a NYS 501c3 Not for Profit Organization.

DaCosta brought seven riders to this year’s event and had a great experience. She explained that an event like the CPI is very important to the kids on her team. “These kids are from New York City; they are not from large horse show communities and they do not have horses in their back yards,” DaCosta stated. “The CPI puts them in a position where they can excel and not even own their own horse. Three-quarters of my team do not own horses, but the CPI gives them the opportunity to ride at a multi-million dollar event and be seen by great schools that offer a lot of potential.”

“Putting these kids in the CPI definitely gives them a great educational basis for what they are doing,” DaCosta added. “It gives them an avenue; a guide for what they need to do to get to the next step. It also gives them motivation and confidence. A lot about riding is confidence building, and the CPI gives them that competitive edge and education. It is a fabulous horse show.”

“I loved how all of the college coaches approached the kids and talked to them and I loved the organization of the event this year,” DaCosta said. “I would not hesitate to bring more kids next year.”

The management at the CPI Horse Show would also like to acknowledge rider Maggie Adair from Los Angeles, California, who, despite a fall on course, showed great sportsmanship and enthusiasm. Horse show organizers were very impressed with Adair’s demeanor. Adair’s mother, Jody, was present at the event as well and had nothing but great things to say after the weekend. “We had so much fun! We saw friends at the Winter Equestrian Festival and thoroughly enjoyed the whole experience,” Adair stated. “We enjoyed everything! What a nice group of teenagers, coaches and college representatives. Again, thank you for an incredible weekend.” 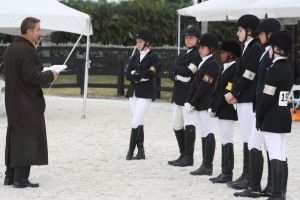 CPI thanks its many amazing sponsors, advertisers, and volunteers for helping to make this great event possible. Special thanks go to the event’s host, Equestrian Sport Productions, as well as the United States Equestrian Federation, United States Hunter Jumper Association, and the Equus Foundation.

Many thanks to seminar sponsors: Mississippi College and Charles Owen Helmets;

The winners of the 2012 CPI competition were as follows:

The winner of the Dressage Seat Equitation class was Rachel Robinson of Orlando, FL, Class of 2014, on Godiva Degordios. Alexandra Antonicelli of Jersey Shore, PA, Class of 2013, rode Harley to the win in the second Dressage Seat Equitation class. The winner of the Alumni class was Lauren Hill, who attended North Carolina State.

For those interested, there is still a chance to get involved with this year’s show. The CPI will award $50 each for the best eight pictures taken by CPI riders of the 2012 competition. Photos will be judged in eight categories, including: CPI Horse Athlete (horse only), CPI Sponsor signage or presence, CPI Spectators, CPI Event Seminar, CPI Rider(s) Receiving Ribbon/Prize Photo, Friends Together at CPI (candid), CPI Rider(s) in action (over fences, flat, or dressage) or Miscellaneous CPI Photo (any moment of your choice captured during the event). All entries must be submitted and received by 11 a.m. on January 22, 2012.

Entries can only be submitted via email to JeanneRC@collegeprepinvitational.com  with the required information:  rider name, telephone number, email address, and photo caption. For photo contest entry instructions, please visit the scholarship page of the CPI website.

The CPI would like to thank everyone involved for another great year at their second annual event in Wellington. For more information on the College Preparatory Invitational, please visit www.collegeprepinvitational.com  or visit their Facebook page. 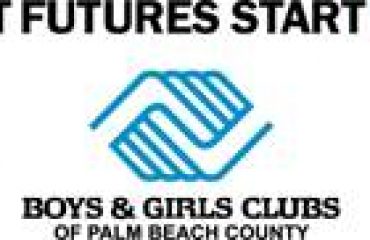 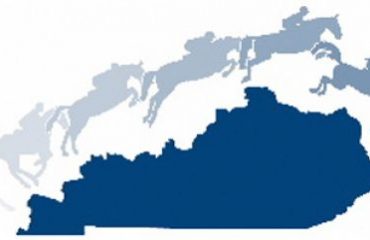 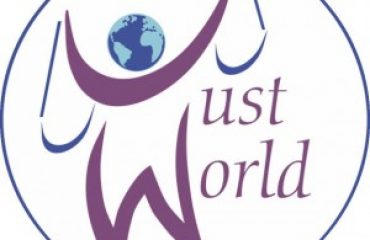