WESTPORT, CT – March 21, 2014 – Six Equine Athletes and four Equine Humanitarians were inducted into the Horse Stars Hall of Fame for 2014 at the EQUUS Foundation’s Fete Cheval Etoile on Sunday, March 17, 2014 at the Palm Beach International Equestrian Center in Wellington, Florida.

For the EQUUS Foundation, it’s all about how horses move people beyond their boundaries. The ten joined the inaugural 62 horses inducted in 2013.

The EQUUS Foundation partnered with the United States Equestrian Federation (USEF) in 2013 to establish the Horse Stars Hall of Fame to celebrate the extraordinary talent of horses and the magical bond between horses and people.

The Hall of Fame honors the contributions of amazing horses, shares the stories of their athletic and humanitarian feats and helps build a more informed and compassionate America that values the impact of horses in our lives.

The Six Equine Athletes, each representing different breeds and disciplines and all recognized by the USEF as Horses of Honor, included A Ruf Gal, Bizkit, Brunello, CH Callaway’s Annabel Allison, Sam and Simon. (Left Top to Bottom)

A Ruf Gal, the 2013 USA Reining Horse of the Year, owned by Pete & Tamra Kyle, has truly proven herself as a talented athlete, delivering consistent performances, achieving impressive results, and always willing to give her all throughout her competitive career.

Janet Peterson and Liza Boyd’s Brunello has been turning heads in the hunter ring with his signature style and consistent top placings for years, but in 2013, his achievements placed him at the pinnacle of the sport. He ended the year earning the top USEF honor of National Horse of the Year.

CH Callaway’s Annabel Allison entered the record books in 2013 as the first mare to win the Five-Gaited World’s Grand Championship title at the Kentucky State Fair since 1999, and Debbie Foley became the first professional woman to be trainer, rider, and sole owner of the winning horse.

Prior to the 2013 season, Sam had always been a stalwart for owner and driver Misdee Wrigley, but in 2013 he stepped up his game when he was needed most. Against all odds, Sam delivered the performance of a lifetime at the FEI World Driving Championships.

In 2013, Abigail Wexner’s Simon and his rider, Beezie Madden secured their place in the history books with an epic win on the world’s largest stage, claiming Madden’s first Rolex/FEI World Cup Finals title. For his efforts, Simon earned the title of USEF International Horse of the Year and Madden claimed USEF Equestrian of the Year.

The four Equine Humanitarians included the ever so brave public servants Skipper and Staff Sergeant Reckless and gentle giants Lucky To Be A Larkin and Mr Wise Guy +//.(Below Clockwise)

On September 22, 1987, police horse Skipper and the energetic 31-year-old officer, husband and father of four very young children, William D. McCarthy, were tragically killed while on patrol serving the Philadelphia community as a member of its Mounted Police Unit. The William D. McCarthy Memorial Trophy and now the induction of Skipper into the Horse Stars Hall of Fame will forever remind us of the service of the mounted police and the inherent danger present in police work.

Small in size, but huge in heart and spirit, Staff Sergeant Reckless was a “Jeju” was pony who became the real-lief warhorse of the U.S. Marine Fifth Regiment during the Korean War. Simply put, she was one of them. They were bound together, an amazing unit that accomplished more than either she or her fellow Marines could have done alone.

Mr Wise Guy +//, owned by Kristen Cuneo, had a stellar 15-year show career in the Arabian Horse World despite a severe injury as a young horse that resulted in a broken jaw and paralysis in the lower quadrant of his face. His injury caused his tongue to frequently hang out of his mouth – but at the end of his world class show career, at the age of 20, he transitioned into the life of a therapy horse.

Lucky to Be a Larkin was born the son of 1999 AQHA Super Horse Look Who’s Larkin and Grandson of AQHA Super Horse Rugged Lark – with all the potential for an outstanding sport career. His story is the story of a different destiny – a sensitive and kind horse and the bond he formed with Sherri Barnes and her daughter Kasey, born in 1993 with Downs Syndrome.

Since the beginning of civilization, horses have been vital to human survival. Although their role has changed, they continue to win our hearts and imagination. Thanks to the generosity of individual and corporate donors, the EQUUS Foundation is able to save some of these beautiful creatures that have been abused and abandoned.

The Foundation also helps retrain horses for multiple careers – as therapy animals, forever changing the lives of children and adults in need. The impact of horses can be as simple as building confidence to as astounding as first words – and first steps. The EQUUS Foundation will top $2.5 million in grant awards this year and now provides support to over 800 equine organizations across the United States.

Visit the Horse Stars Hall of Fame HERE to learn more about all the inductees.

Click here to learn more about the Fete Cheval Etoile.

The EQUUS Foundation, a 501(c)(3) public charity established in 2002, also known as Horse Charities of America, is dedicated to improving the quality of life of horses, enabling the therapeutic use of horses for those in need, fostering the horse-human bond, and educating the public about the horse’s unique ability to empower, teach and heal. Donations are tax-deductible to the full extent of the law. Contact the EQUUS Foundation, Inc., at 168 Long Lots Road, Westport, CT 06880, Tele: (203) 259-1550, E-Mail:equus@equusfoundation.org, Website: www.equusfoundation.org.

Established in 1917, the United States Equestrian Federation (USEF), www.usef.org, is dedicated to uniting the equestrian community, honoring achievement, and serving as guardians of equestrian sport. The USEF promotes the safety and welfare of horses and riders while encouraging interest, participation and excellence at every competitive level and for all breed and discipline affiliates within the Federation family equally. The USEF is the only national organization dedicated to the promotion of the equestrian sport, fair competition and equine welfare regardless of breed or discipline. 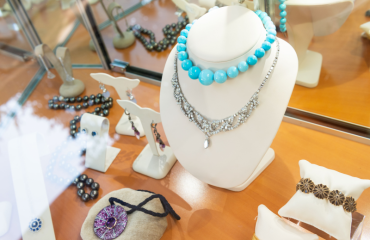 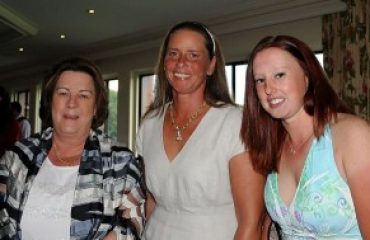 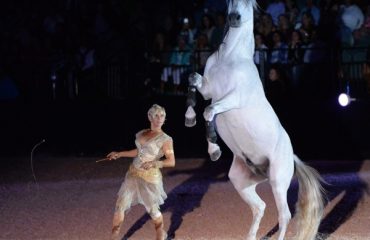