Elkton, MD – Sunday brought an action-packed slate of show jumping at the 2011 Dansko Fair Hill International. With the top riders in both the CCI3* and CCI2* divisions tremendously close, clear rounds were at a premium. Boyd Martin and Kylie Lyman rose to the occasion producing fault-free rounds to win their CCI3* and CCI2* divisions as well as claim 2011 USEF National Eventing Championships.

The leaderboard in both the divisions at the Dansko Fair Hill International saw great fluctuations as a result of Sally Ike’s challenging track.

Martin, the leader following the dressage phase, jumped a clear round on Ying Yang Yo to clinch his second USEF National CCI3* Eventing Championship. Martin (West Grove, PA) and the 15 year-old Australian Thoroughbred gelding rattled a few rails but all stayed in place for the pair to finish on a score of 52. 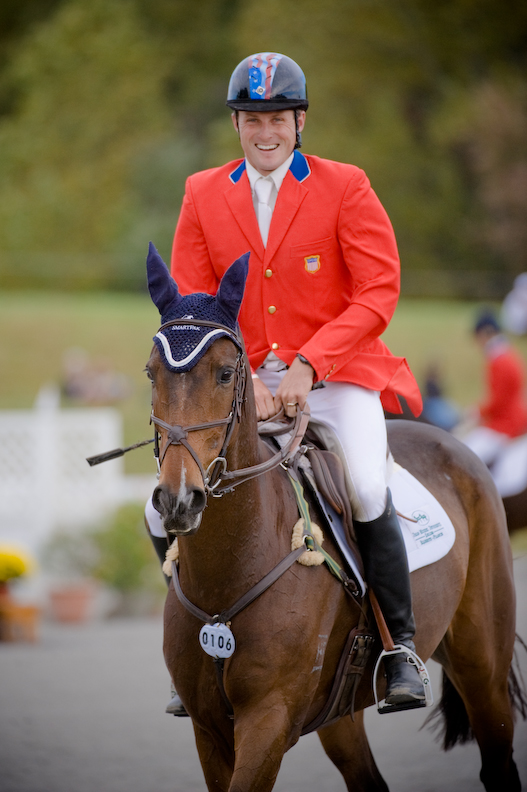 “It was a typical Ying Yang Yo show jumping round, where we bumped and thumped some rails but I’m elated to win,” Martin said. “He’s been second at a few three stars so it was nice to win one with him.”

Martin was also very complimentary of the competition and Sunday’s course. “I think this is one of the toughest three stars in the world. You needed to ride forward and take a chance with the time,” he said. “Fair Hill is always tough; it was a genuine three-star show-jumping track.”

Martin competed earlier this fall at the Land Rover Burghley Horse Trials and Boekelo CCI3* thanks to a Land Rover Training and Competition Grant. He believes the United States demonstrated a great amount of talent both at these events and this weekend.

“I think America has a fair bit of depth heading into the London Olympics,” he said. “I think we’ve got a good group of quality horses.”

Lyman (West Hartford, VT) held her nerve to jump a clear round with Jeff and Joan Nichols’ Trading Aces and earn her first USEF National Eventing Championship and CCI2*. The 25 year-old’s win never looked in doubt as she jumped an immaculate round to finish on a three day score of 48.7.

“I’m just super happy. The horse didn’t put a foot wrong all weekend,” Lyman said. “It’s hard not to have fun on him, he jumped great. It’s hard not to smile. I don’t think I’ll be able to stop now.” 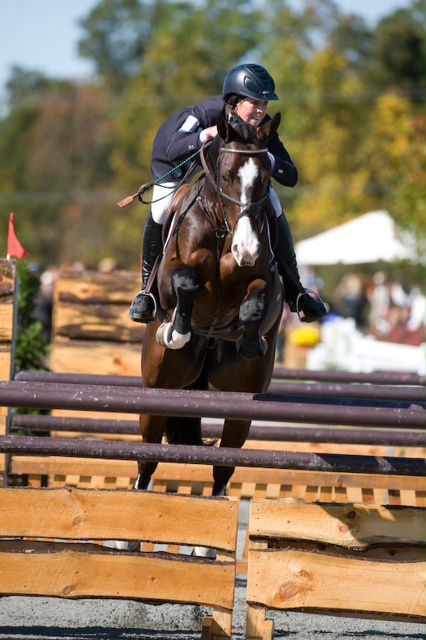 “The owners and I found him two years ago in Ireland. He had just come in from the field and we fell in love with him in the stall,” she said. “He loves his job and rewards you for doing it right and is sympathetic when you’re not right. He’s just perfect.”

Colleen Rutledge (Frederick, MD) climbed from sixth place following the cross country to win the USEF National CCI2* Eventing Reserve Championship on the strength of a double clear effort with her own Dillon. The pair finished on a score of 53.9.

Visit http://usefnetwork.com/featured/EventersinEurope/ to keep up with the Land Rover U.S. Eventing Team
-Helen Murray for USEF 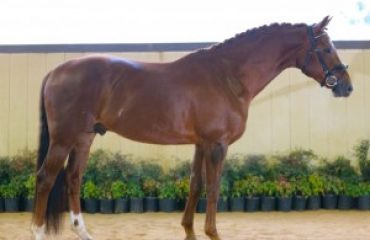 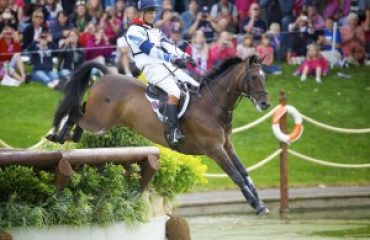