The 2012 Pine Top Farm Advanced Horse Trials organizers had one ordeal after another to deal with this past weekend.  Pine Top Farm, in Thomson, Georgia, was the scene of the area’s first Advanced competition for the season and when they realized a week or so beforehand that they couldn’t run everyone in the three phases in the daylight, they had to notify 280 riders that the Dressage and Cross Country phases of Advanced had been moved to Friday.  Then Friday opened with a Tornado watch and a Severe Storm Warning.  Dressage went on as scheduled but then the skies opened up with such a torrential downpour that riders, horses and grooms sought shelter in trailers and barns hoping that the roofs didn’t blow off.  In fact, some distance to the north exactly that happened.  Again, the organizers were notifying everyone of a change to the schedule – Cross Country was now moved to Saturday:  look at the order of go published on the internet, subtract two hours from the Friday time and off you went.  Organizers scrambled for volunteer fence judges but the event went off as planned. The view from the inside of the Aiken Brew Pub during Friday’s storm. High winds and hail brought down trees and then the electricity. Saturday dawned bright, crisp, with low humidity and the clear blue skies for which this area of the south is known. One of the early jumps of the day, successfully cleared, a stroller sans baby.   A view of 19 and 20A,B and C and 21 on the Advanced cross country course. 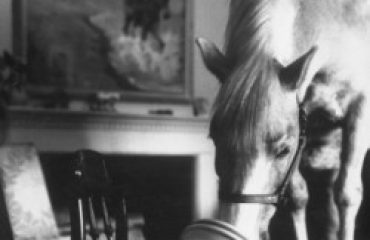 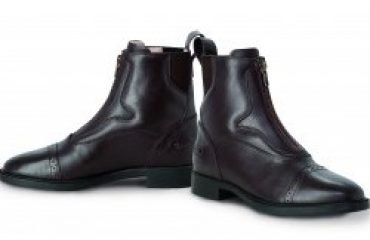 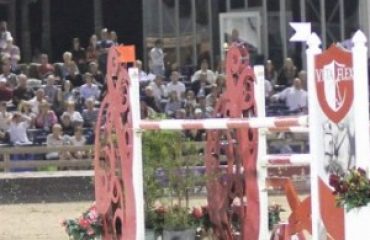