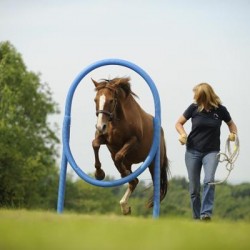 The Growing Sport of Horse Agility

Monday, April 22 2013 by Editor
Chances are the term “agility” brings to mind dogs racing over courses of obstacles. But did you know that the sport is quickly gaining popularity among the equestrian community, and that the animals negotiating the courses are horses instead of dogs
Tagged under: animals, architect, between the ears, beyond the track, classic, education, equipment, in the irons, olympic sidelines, the-classic-insider 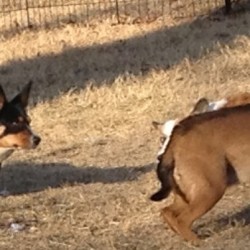 Tuesday, April 02 2013 by Editor
We have always done more than write. In addition to bodywork on horses and smaller mammals, including humans, we provide excellent care for Critters, Farms & Houses when dear friends travel. Occasionally we must go to extremes in order to ensure the well-being of their animals and homes: these efforts more than justify the small amount we ask to help our bill-paying fund (aka income before outgo!).
Tagged under: animals, between the ears, dogs, facebook, higher education, in the irons, laurengallops, pony tales, sidelines, tails & trails, time, tucker the wunderkind 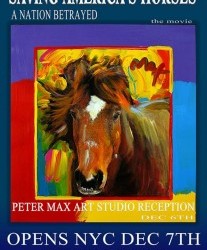 Sunday, December 02 2012 by Editor
December 1, 2012 –New York, NY- New York’s QUAD Cinema, IMA Studios, WFLF Humanion Films and The Triumph Project are proud to present the provocative new documentary Saving America’s Horses: A Nation Betrayed produced, written and directed by filmmaker Katia Louise.   Featuring revealing interviews with distinguished veterinarians, trainers, academics, investigators, policymakers and members of the equine community, including Paul Sorvino, Linda Gray, Tippi Hedren, and Willie Nelson, the film addresses a question that recently prompted the U.S. Secretary of the Interior, Ken Salazar, to threaten to “punch out” a reporter who asked him if “any changes need to take place in the system in terms of safeguarding America’s wild and domestic horses.”   Louise and her organization, the Wild for Life Foundation, ask the same question in her investigation of the economic, environmental, public health and ethical issues surrounding the slaughter of both wild and domestic horses for their meat.
Tagged under: animals, artist, chasin', education, ima studios, interior, paul sorvino, the triumph project, tucker the wunderkind, willie nelson 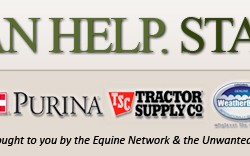 W.F. Young, Inc. Presents Donation to Two Equine Rescues as Part of Partnership with Equine Network’s A Home for Every Horse

Wednesday, November 07 2012 by Editor
Boulder, Colo.—The rehabilitation and rehoming process for rescued horses takes an incredible amount of time and resources. To assist with this undertaking, W.F. Young, Inc
Tagged under: adventures with angelea, america, animals, beyond the track, business, equine, every-horse, higher education, pennsylvania, the offside, tucker the wunderkind 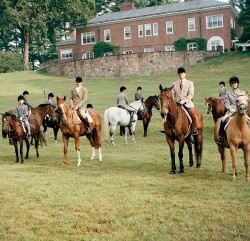 All The Pretty Horses – In Boston!

Thursday, October 11 2012 by Editor
By Jan Westmark-Allan My daughter Abby, who is also a Sidelines staff writer, is living in Boston while she attends culinary school. So when an Assistant Editor from Boston Magazine sent me a story on Boston, it caught my attention
Tagged under: adventures with angelea, animals, archives, beach, beyond the track, chasin', hunter jumpers, in the irons, injecting perspective, netherlands, olympic sidelines, polo 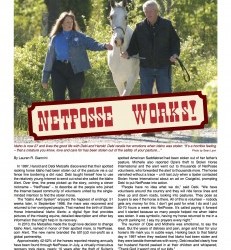 Happy Anniversary NetPosse! Thanks for Making A Difference!