Monday, February 22 2016 by BA
By Doris Degner-Foster Harry deLeyer is famous for his partnership with Snowman, a grey gelding that he rescued from the kill wagon and rode to win at the elite level of show jumping, competing against the top horses in the country. Harry’s daughter Harriet has been credited with naming the broken-down former plow horse that
Tagged under: harriet delayer, harry and snowman, harry delayer, isabel kurek, snowman

Saturday, November 08 2014 by Editor
Wellington, FL – November 6, 2014 - Docutainment Films premiers the HARRY & SNOWMAN movie trailer, along with an opportunity to receive a collectors edition DVD of Harry & Snowman, autographed by Harry deLeyer and a chance to win an expense-paid trip for two to the U.S. premier in 2015. The 85 minute film is near completion and has been submitted to major 2015 international film festivals, including Sundance, Berlin, Rotterdam and SXSW
Tagged under: bridge, bridge-farm, entries, equestrian, harry & snowman, hatchaway-bridge-farm, sideliens magazine, snowman, the-barn-book, what's happenin', wordpress-org

I Love The Story of Snowman – And The Photos!

Thursday, May 02 2013 by Editor
By Jan Westmark-Allan The de Leyer kids grew up with Snowman, who retired from the show ring in 1962. Photo from the Private Collection of Harry de Leyer In the May issue of Sidelines,  Emily Riden wrote a story for us called “Harry de Leyer and Snowman: A Cinderella Story Becomes a Film.” It’s a great story and when I read Emily’s story I rushed out and bought the book “The Eighty Dollar Champion.” I loved the book and the story of Harry, a Dutch immigrant, and his horse Snowman
Tagged under: archives, education, horse-magazine, horses, jan westmark-allan, jumpers, pony tales, snowman, Snowman (1960) 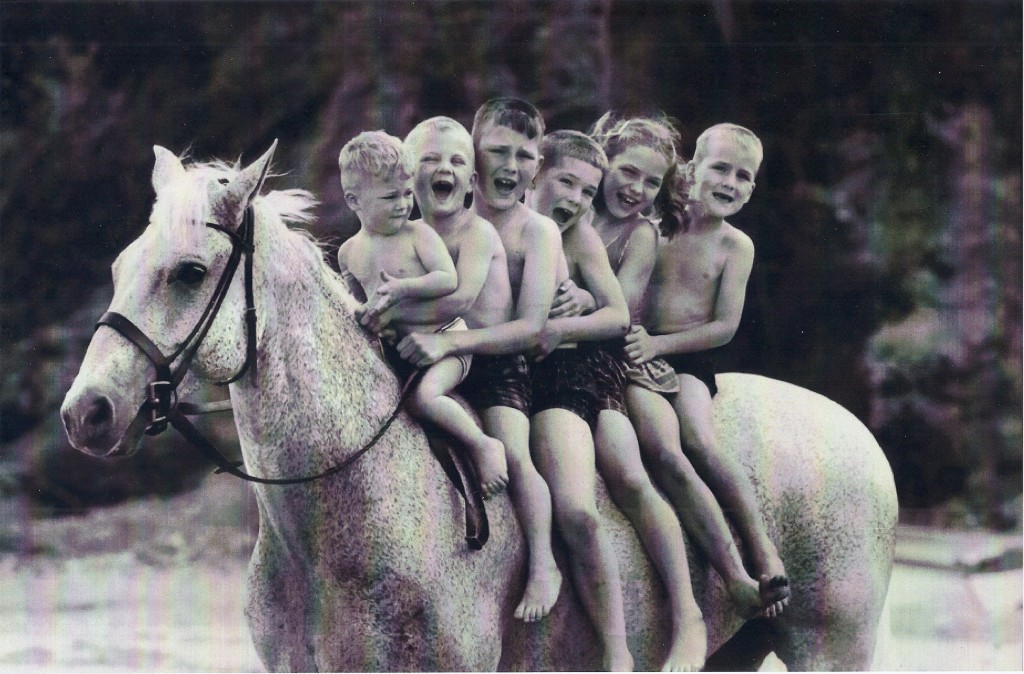 Wednesday, May 01 2013 by Editor
By Emily Riden If Harry de Leyer had arrived on time to a Pennsylvania horse auction on a snowy day in February, 1956 there would likely be no great story to tell, but as fate would have it, Harry was running late.   When Harry, a Dutch immigrant and Long Island horse trainer, did arrive
Tagged under: Along for The Ride, American Horse Show Association’s Horse of the Year, children’s book), Docutainment Films, Dutch immigrant, editor, Emily Riden, Harry, Harry de Leyer, horse-magazine, jan westmark-allan, Karin Reid Offield, Madison Square Garden’s Diamond Jubilee, Professional Horseman’s Association, Ron Davis, sidelines-magazine, snowman, Snowman (1960), The Eighty-Dollar Champion (2011)., The Galloping Grandfather, The Story of Snow Man the Cinderella Horse (1962, United States Equestrian Foundation, www.harryandsnowman.com

Hoping, Dreaming and Loving The OTTB

Monday, March 11 2013 by Editor
By Jan Westmark-Allan   A great book! We are knee-deep in the Sidelines OTTB Photo contest and it has been amazing to read each story and see the photos. They are heartwarming and amazing stories and show the strength and determination of the Thoroughbred breed.
Tagged under: editor's notes, elizabeth letts, hoping, horse rescue, jan westmark-allan, ottb, sidelines-magazine, snowman, thoroughbred