Wednesday, July 31 2013 by Editor
One of only a few Equine Behavioral Ecologists globally, Mary Ann Simonds has been educating trainers, veterinarians, and other equestrians for over 35 years.  > From sport horse breeders and Grand Prix riders to veterinarians and Olympians such as Bonaparte and Heike Kemmer, Mary Ann has influenced a number of well-known trainers today.   Growing up showing jumpers in California she earned her degrees in wildlife biology and range management studying the social ecology of wild horses as well as their natural diets at the University of Wyoming.
Tagged under: books, breeders, equestrians, equine, horses, olympic sidelines, organic, pony tales, sales, tails & trails, veterinarians, web 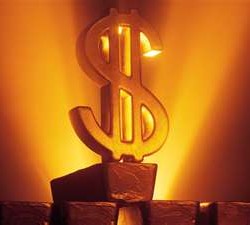 Wednesday, October 26 2011 by Website Editor
WITH ONE SIMPLE RULE CHANGE, THE USEF COULD DRAMATICALLY IMPROVE THE HEALTH OF THE HORSE INDUSTRY. Here’s How: “The Market for Lemons: Quality Uncertainty and The Market Mechanism” is a paper written in 1970 by economist George Akerlof about the used car market. It sounds like another boring paper that no one but the heavy breathers could stay awake for. But it won the Nobel Prize for the author, because of its widespread application for the real world
Tagged under: adrotate, archives, direct-democracy, injecting perspective, injecting-perspective, lemons-cheaters, on-the-line, onward, upward, riddle-equine, september-2011, veterinarians 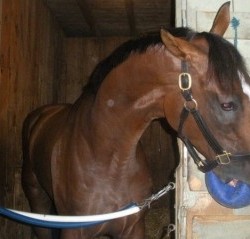 Friday, September 09 2011 by Website Editor
Not long after arriving in Louisiana, it became clear that Bobby was the only one who could get along with our best mare, who had been a stakes winner. Perhaps it was because he was too polluted for fear, but Bobby was the only one who could get in the stall with her. So naturally, he was put in charge of her. It wasn’t long before he started calling her Alice, after his ex-wife. She would pin her ears and swing her butt to the door as he tried to duck under the webbing
Tagged under: archives, august-2011, chasin-039, direct-democracy, injecting perspective, injecting-perspective, onward, upward, riddle-equine, training, veterinarians, wordpress-org 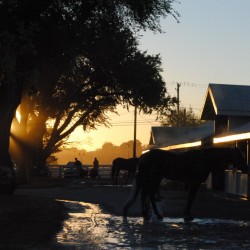 Thursday, September 01 2011 by Website Editor
As the horses were being unloaded from the trailer, it became apparent that the Hispanic fellas had decided not to make the trip. A couple of years before, a Mexican groom had killed a black racetracker in a knife fight on the backside. At the Fair Grounds Racetrack in New Orleans, it was well known that Mexicans were not safe. I was immediately promoted from hotwalker to groom, leaving my former task vacant. As is customary at the racetrack, we hired the first person to walk in the door asking for a job. It’s an easy business decision: if the new guy doesn’t work out, not to worry.
Tagged under: chasin-039, chasin', injecting perspective, injecting-perspective, on the line, riddle-equine, tissue-regeneration, veterinarians