Lexington, KY – This year marks the 50th anniversary of the Land Rover Burghley Horse Trials which means there was no better place to showcase the first grant recipients of the Land Rover Competition and Training Grants awarded to three of the six U.S. eventing riders in attendance.

Leading the charge, fresh from being named to the Land Rover U.S. Eventing Team for the 2011 Pan American Games after his second place performance at the Mandatory Outing at Richland Park in Michigan last weekend, is Michael Pollard (Dalton, GA).

He may have been the last American to arrive in the U.K but he arrives on top form. In addition to his second place finish on Schoensgreen Hanni, he also won an Advanced division on DV8 and was second in the CIC2* on Jude’s Law.

His attention now turns to Icarus, a 13-year-old former racehorse owned by his wife Nathalie and his mother-in-law Meike Hanssens. Pollard is no stranger to top-level competition.  With Icarus, he scored a 19th place finish at the Rolex Kentucky CCI4* presented by Bridgestone in April. He completed his first CCI4* in 2002 and was the Young Rider of the Year in 2001. He is also the CEO of Cavalor North America.

“It feels great to arrive (at Burghley),” said Pollard. “A large part of the work is done just getting here. Now we all just need to show our best.”

Another former Young Rider champion and 2011 Land Rover Competition and Training Grant recipient and, ironically, the interim rider of Icarus for the Pollards in 2007, William Coleman (Charlottesville, VA) arrived at Burghley for his second shot at the title. He was 25th in 2003 on Fox In Flight, the same year that he won the Under 25 division at Bramham CCI3* (the only American rider to do so). In 2011, he rides Jim Wildasen’s Twizzel, with whom he has been based in the UK for most of the summer. The 15-year-old Westphalian was most recently seventh in a huge CIC3* division at Barbury Castle. Their best CCI4* result to date was a fifth place finish at Luhmuhlen in 2009. 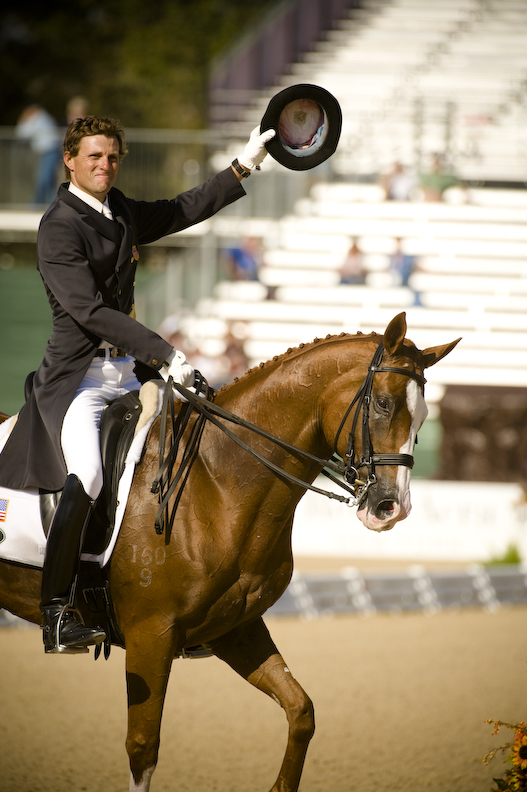 Boyd Martin (Cochranville, PA), who was the highest place member of the Land Rover U.S. Eventing Team in 2010 at the Alltech FEI World Equestrian Games, has had sixth months to forget. He comes to his first British CCI4* with his WEG mount Neville Bardos and the sheer fact that the horse is even alive is a miracle. He lost both his father and his father-in-law and in June of 2011 a fire ripped through Martin’s barn claiming the lives of six horses. Of those that survived, Neville Bardos (owned by the Neville Bardos Syndicate) was trapped in the fire the longest. But the tough little Thoroughbred from Australia was not going to be denied his chance at Burghley and he has made a heroic and emotional comeback. Martin also received a Land Rover Competition and Training Grant to take Remington XXV to the Boekelo CCI3* in Holland in October.

Sinead Halpin (Oldwick, NJ) received the Jacqueline Mars Training Grant from the USET Foundation after she was the highest placed American in her first CCI4* at the Rolex Kentucky Three-Day Event presented by Bridgestone in April. She rides Manoir de Carneville for Carriag LLC, and both Halpin and the 11-year-old Selle Francais are having their first look at Burghley House.

Jules Stiller (Thatcham, Berkshire) was a gracious host to Coleman, Martin and Pollard’s horses at her home at Headley Stud over the summer. The Vermont expatriate has been based in the UK for more than five years. She and Jules del Vecchio’s striking 14-year-old Hanoverian mare Chapel Amble tackle their first Burghley together, they were 24th at Luhmuhlen in June.

Rounding out the American squad is Colleen Rutledge (Frederick, MD). Rutledge and Shiraz have been bounding around cross country courses in the U.S. with ease and decided to take on arguably the world’s toughest CCI after their 12th place finish at the Rolex Kentucky Three Day Event in April. Based at Ann and Nigel Taylor’s Washbrook Farm during their brief stint in the UK, Rutledge and the 13-year-old American Thoroughbred whom she owns herself, face the toughest test of their career together.

The Land Rover Burghley Horse Trials gets underway Wednesday August 31 with the first horse Inspection, Thursday and Friday are full days of dressage, Saturday features the cross country and Sunday is the show jumping finale. Part of the HSBC Classics Series, and part of the Rolex Grand Slam of Eventing  there is much at stake in Lincolnshire this week.

Mary King leads the HSBC Classics Series after her first and second place finishes at the Rolex Kentucky CCI4*, she has Apache Sauce and Rolex winner King’s Temptress lined up to pick up some more  accolades. She is also looking to win the second leg of the Rolex Grand Slam of Eventing, which offers $350,000 in prize money to any rider who can hold the current titles of Rolex, Badminton and Burghley in succession. It has only been achieved once, by Pippa Funnell, since its inception.

Last year’s Burghley winner Caroline Powell returns with Lenamore for New Zealand, the evergreen 18-year-old will try to make it two in a row.

Information about Land Rover’s partnership with the USEF is available here: http://www.landrover.com/us/en/lr/experience-land-rover/sponsorships-events/equestrian-usef/

Information about the Rolex Grand Slam is available here: http://www.usef.org/images/eblasts/rolex/grandslamhome.html

Follow the U.S. Eventers in Europe this fall here: http://usefnetwork.com/featured/EventersinEurope/

Article by Joanie Morris for USEF 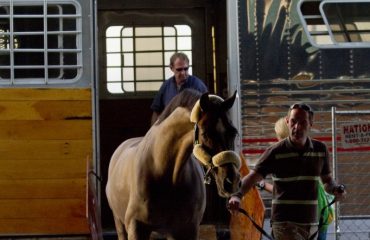 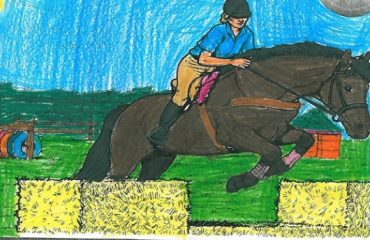