Lexington, KY – April 30, 2014 – The USET Foundation is pleased to announce that this year’s recipient of the Pinnacle Cup Trophy at the Rolex Kentucky Three-Day Event CCI**** is Lauren Kieffer of Middleburg, VA. Kieffer rode Veronica to a second place finish at the prestigious event and was the highest placed American rider, which earned her the trophy.

Veronica is a 12-year-old Dutch Warmblood mare owned by Team Rebecca, LLC. Although Kieffer only took over the reins from Olympians Karen O’Connor a year ago, the duo has already developed a strong partnership. They finished with 46.7 penalties in the dressage phase and continued to move up the rankings after completing a clear cross-country phase. The pressure was on when they returned for stadium jumping on the final day. The pair was perfect though, completing a double clear round to finish on their dressage score, taking home the second place honors overall behind William Fox-Pitt, and earning the Rolex/USEF National CCI4* Championship title.

“I am thrilled,” smiled Kieffer. “Veronica could not have gone any better. It’s what we work for everyday for years and years, and other riders have worked just as hard, if not harder. I am thrilled that it happened to be my day.”

Kieffer continued, “Veronica is a really talented mare. She’s a real fighter, and she’s very competitive in her own head. She always wants to go out there and play the game, which is really nice. I got the ride on her after Karen was injured at the beginning of last year, and so we spent that time getting to know each other and we’ve gotten along really well from the beginning. It really came together at Kentucky.” 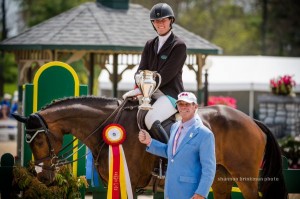 Looking ahead, Kieffer is heading to the Jersey Fresh International Three-Day Event next, where she will be riding Jacqueline Mars’ RF Cosima and Shannon O’Roark’s Lucky Devil.

Kieffer also hopes to make the team for the 2014 World Equestrian Games in Normandy, France. “It would be really amazing, and it’s definitely a goal,” she explained. “There is a lot of depth to the U.S. Team right now. There are a lot of horses to chose from that did really well this past weekend and a lot of horse and rider pairs in Europe competing soon. It’s a goal, and I will be thrilled if I get a chance at it. Once Veronica has had a break we will come out and try to be as good as we were in Kentucky.” 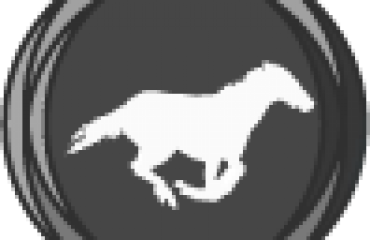 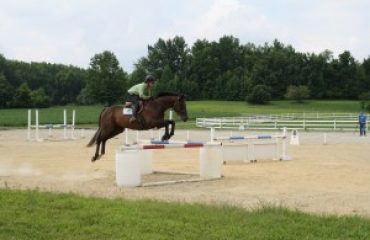 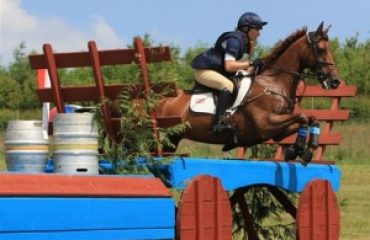