Passing: On a very sad note, the dressage world lost Carla Morrison this summer. Carla is best remembered for her morning rides at her Sympatico Farm next to Stillpoint. She called everyone “Sweetie” and passed her 20 karat diamond ring around the table at horse show dinners for all of us to try on. Carla lost her husband Pedro in 2003. Pedro was an avid polo player. Along with her horses, Carla was always seen with her entourage of pampered pups. Provisions are being made for her beloved animals who will miss her as much as we do.

Catching up:  Cesar Parra is hot, hot, hot in Europe.  At his first two shows in Germany he is three for three winning on Michael and Sarah’s Davis’ Grandioso and Dave and Taunia Reed’s Agastrofos.  Cesar will be back to defend his title at Gladstone but for now he is “loving life in Germany”.

Who’s on top?  Why, it’s Adelinde Cornelissen and the 14 year old gelding Jerich Parzival currently ranked No. 1 in  the latest dressage rankings, replacing Edward Gal and Totilas, although their last competition was nine months ago.  Great Britain’s Laura Bechtolsheimer and Mistral Hojris take over second place with Germany’s Ulla Salzgeber and Herzruf’s Erbe in third place.  Edward and the super-stallion Totilas had held the top spot for 19 months from Dec. 1, 2009 to June 30, 2011.  Adelinde, 31, of The Netherlands, had been No. 1 for three months prior to Edward and Totilas taking over.

Steffen Peters and Weltino’s Magic, owned by Jen Hlavacek, had a great time at the CHIO Aachen with strong performances, winning the Preis der VUV-Vereinigte Unternehmerverbände Aachen.  The class was the Prix St. Georges of the small tour, and the 9 year old Westfalen gelding received judges’ scores of 71.053, 73.553, 72.632, 75.000, and 70.658 for a total percentage of 72.579.  USEF Dressage Technical Advisor Anne Gribbons said, “Under Steffen’s expert guidance, Weltino’s Magic made a grand debut inEurope at the small tour.  Hearing our national anthem after the Prix St. Georges, which was the first class of the event, made theU.S. team feel like we are off to a good start!”

Footing woes:  It’s old news by now, but if you hadn’t heard, seven of eight rider and horse combinations withdrew from the Grand Prix at the Pebble Beach CDI3* in a protest by competitors over the quality of the footing.  Prior to the competition, riders said that the sand ring was too deep, uneven and hard in the corners at the Pebble Beach Equestrian Center.  Only Cyndi Jackson on Strauss showed, scoring 61.723 per cent.  The protest was the latest in the chorus of complaints in theU.S. andCanada over the quality of footing at many horse shows in North

So guess what’s happening on the site of the old polo stadium at PBPCC? Dressage rings!  Six of them, actually.  We’re told that by December, everything will be in place to launch a Global Dressage Festival for 2012.  “This is a huge deal,” said Ken Braddick, who runs the Wellington-based website dressage-news.com.  “Top riders are talking about what is happening inWellington.”

Dressage rider Holly Johnson took a month long tour to ride with Lipizzans inCalifornia.  AFlorida native, she enjoyed seeingCalifornia from the top of one of the White Stallions!

On the international news front, Dr. Paulo Gonzaga was honored at the 23rd International Lusitano Festival in Lisbon, Portugal for his promotion of the breed in the United States and Latin America.  The festival attracted thousands of people and breeders from all over the world and during the emotional tribute, Arsenio Raposo Cordeiro praised Dr. Gonzaga on his many years of excellent service to the breed.

Here’s the newest and cutest new face at Bethany Peslar’s Everglades Dressage. This little filly is by Rousseau out of Bethany’s mare Waldora, aka “Princess” is practicing her canter pirouettes at less than a week old! Watch for this little spitfire in few years! 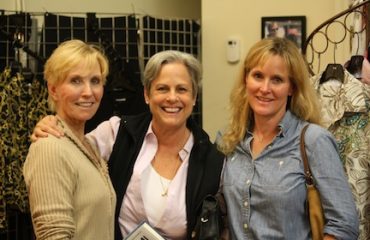 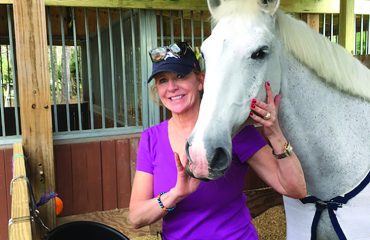 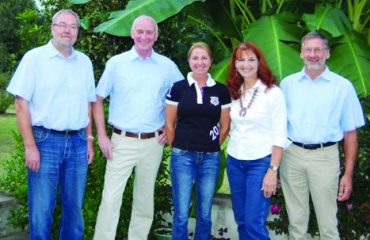